When Chile emerged from the dictatorship of General Augusto Pinochet some three decades ago, its future stability hardly seemed assured. But after 17 years under Pinochet’s yoke, Chileans prioritized reconciliation, moderation, and global integration. The country alternated between center-right and center-left administrations, both of which pursued policies that fostered economic growth and reduced poverty. Although those economic gains were unevenly distributed, Chile became one of Latin America’s most stable democracies.

The runoff presidential election scheduled for December 19—which will pit ultraconservative José Antonio Kast against leftist Gabriel Boric—now seems destined to break Chile’s long-standing record for moderation. Demonstrations in 2019 laid bare the resentment many Chileans harbored over a stratified educational system, corruption and tax evasion among the wealthy, and a privatized pension system that has left many Chileans destitute in their old age.

Although the most recent national elections have shown that the right wing is gaining traction, either candidate could win the presidential election. Irrespective of the outcome, the country’s investor-friendly economy and reputation for democratic stability is at risk.

Latin America has long succumbed to polarization. Venezuelans rallied to President Hugo Chávez’s “socialism for the twenty-first century.” More recently, Brazilians elected President Jair Bolsonaro, who campaigned on a mantra of “Brazil above everything; God above everyone” and became known as the “Trump of South America.” Chileans, however, shunned extremism and prioritized pragmatism for three decades—so much so, that the platforms of the center-left and center-right parties converged more than they differed. Yet while wages rose and poverty shrunk, the gap between the rich and the poor persisted. Chile boasts one of the highest GDPs per capita in Latin America, but its inequality indicators remain in the median for the region, which is the most unequal in the world.

Deep-seated resentment about inequality laid the foundation for the social uprising that convulsed Santiago two years ago. After public transit fares were increased by four cents under outgoing President Sebastián Piñera, the country saw an unprecedented surge of violence followed by months of peaceful protests, which the police met with excessive force. Piñera rolled back the fare hike and agreed to the demonstrators’ demand for a referendum on whether the country should rewrite the constitution, which dates to the Pinochet era. Nearly 80 percent of Chileans came out in favor of that proposition in an October 2020 plebiscite. Last May, leftist and independent candidates snagged a majority of seats in the constituent assembly tasked with the redrafting. The resulting document promises to break with the previous constitution’s pledge that the country would adhere to laissez faire market principles; it could also expand environmental protections and promote the rights of traditionally marginalized groups.

Resentment about inequality led to the social uprising that convulsed Chile two years ago.

The political upheaval overlapped with the COVID-19 pandemic, which has ravaged the country. Even though Chile is among the world’s best performers in vaccinating its population, the country faced uninterrupted lockdowns, and in June 2021, some 200 people were dying each day. The country’s economy contracted by 5.8 percent last year. In a poll, a mere 18 percent of Chileans expressed satisfaction with their democracy, a figure below the Latin American average of 25 percent and significantly lower than the 42 percent of Chileans who felt satisfied just two years before. The stage was set for the rise of leaders who promised radical change and a break with more moderate, establishment policies.

Against this backdrop came national elections in November. Despite Chilean voters’ increasing economic vulnerability and their desire to change the constitution, the elections demonstrated that the left does not command overwhelming support. In fact, in the first round of voting, Kast, a right-wing former member of Congress, performed well. His coalition, together with the center-right conservative parties, won a plurality of seats in the lower house and secured exactly half the Senate. The left-wing coalition led by Boric, meanwhile, won enough seats in the lower house to stymie any reforms the conservatives might propose. As a result, whoever wins the presidential election will have trouble muscling his agenda through Congress.

If Kast were to triumph, he would seek to steer Chile to the right. He has run a law-and-order campaign, and his base consists of conservative, mostly rural voters. In November, he controversially defended part of the legacy of Pinochet, who killed some 3,000 dissidents during his rule and tortured another 30,000. Kast aspires to lower corporate taxes and has pledged to uphold “traditional family values.” He has derided the socially progressive agenda that is gaining currency in Chile: the legislature recently approved same-sex marriage and is considering legalizing euthanasia and expanding abortion rights.

Boric, a 35-year-old member of Congress, is campaigning on generational change. And indeed, he would become the youngest president in modern Chilean history were he to win. Boric’s ambitions go beyond ushering in millennial rule in Chilean politics, however: the former student leader has promised to overhaul the pension system, raise taxes, and reform Chile’s market-oriented economy. In Boric’s words, “If Chile was the birthplace of neoliberalism, it will also be its grave.”

Whoever wins the presidency, Chile’s role as a moderate, pro-democracy broker in Latin America is at risk.

If Boric becomes the next Chilean leader, his instinct to upend the free market may provoke tensions with the Biden administration. For starters, he wants to revisit the 2003 United States-Chile Free Trade Agreement, which eliminated trade barriers, strengthened intellectual property protections, and improved regulatory transparency. Bilateral trade between the United States and Chile has risen above $30 billion annually. Although Boric abandoned his early pledge to reevaluate all existing trade agreements, his protectionist voting record hints that he may wish to put an end to Chile’s business-friendly reputation.

Kast embraces free trade, but he also diverges from U.S. and European priorities when it comes to environmental protection and labor rights. In 2020, Chile announced new emission- reduction targets and corralled 65 countries in pledging to emit net-zero greenhouse gas emissions by 2050. Kast has questioned whether climate change can be attributed to human activity and criticized Piñera for hosting UN climate talks. Although Kast’s eagerness to jettison environmental reforms and eliminate protections for Chile’s union movement might seem to be pro-business, it could in fact endanger Chile’s reputation as a safe country for direct investment. After all, Bolsonaro’s antagonism toward green causes has stalled the EU’s free trade deal with Mercosur, a South American trade bloc. A Kast presidency could incur similar penalties.

A Break with the Past

No matter who wins, Chile’s polarized contest will endanger the country’s role as a middle-of-the-road, pro-democracy broker in Latin America. Chile has served as a guarantor of Colombian peace talks and has been a leading voice in efforts to resolve Venezuela’s political crisis democratically. Chile was a top contributor of UN peacekeeping troops in Haiti, led the creation of the new regional body Prosur, and hosted multilateral summits on issues including gender equality and defense.

Neither Boric nor Kast appears inclined to continue this tradition of regional leadership. Although Boric condemns authoritarianism in Nicaragua and Venezuela, the radicals in his coalition publicly support dictators such as Venezuela’s Nicolás Maduro. Boric seems likely to join Argentina and Mexico in pursuing regional noninterference, which would embolden Latin American autocrats instead of isolating them. Kast, meanwhile, describes himself as “anti-globalist” and has promised to comply with international law only when doing so serves Chile’s interests. He proposes defunding agencies in the Organization of American States and the United Nations and rejects future participation in the UN Human Rights Council.

Kast’s nativism extends to migration. At a time when the United States is looking for partners to address the challenges posed by the swelling number of migrants and refugees in the hemisphere, Kast has promised to expel immigrants in Chile without judicial review and has championed the construction of a militarized ditch along the country’s northern border. His message resonates with the 69 percent of Chileans who want greater restrictions after the number of immigrants in the country increased fivefold from 2010 to 2020.

In the run-up to the election, both Boric and Kast have tacked to the center. And the almost evenly divided legislature, not to mention the possible introduction of a new constitution, could circumscribe the policies either man will be able to pursue as president. Still, a rocky road lies ahead for Latin America’s supposed political and economic miracle. Even countries long considered paragons of stability, it turns out, can succumb to the polarization and animosity that are on the rise around the world. 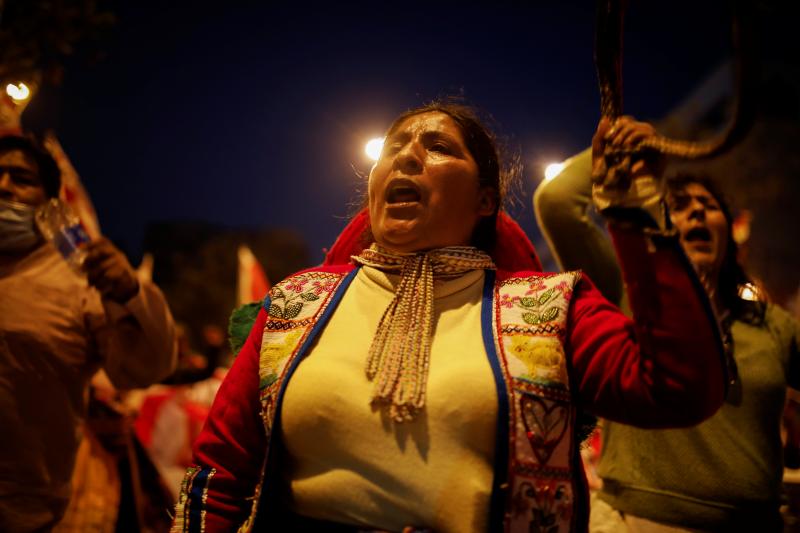 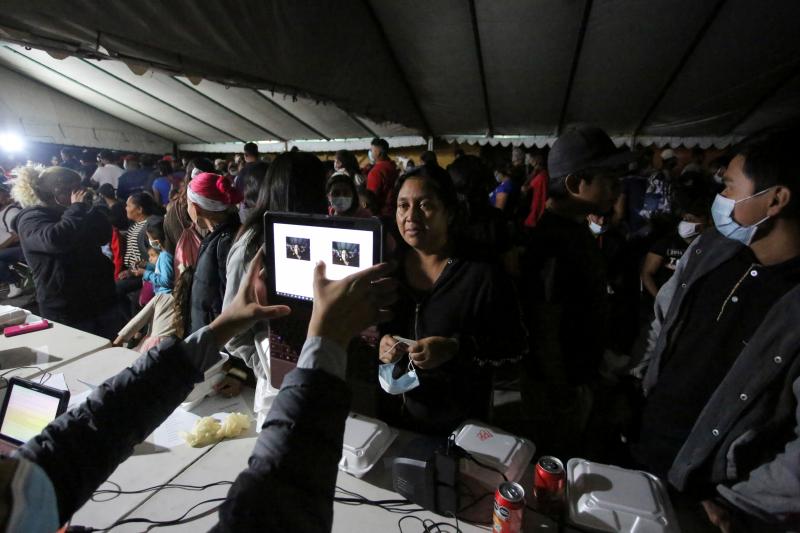