FA: Your previous work concentrated on terrorists' potential use of weapons of mass destruction, particularly in Russia and the former Soviet states. Have you shifted your focus to terrorism in South Asia?

JS: I am concentrating on South Asia because I see it as a growing threat. I think the State Department is right to highlight it as a region where terrorism is growing. The jihadi groups I write about are unlikely to acquire or use weapons of mass destruction. But the conflict in Kashmir could spiral out of control as a result of continued incursions by the jihadi groups across the line of control [dividing Pakistani-held Kashmir from Indian-held Kashmir]. This is not a nuclear terrorism threat as we usually think of it. But the activities of these groups could precipitate a conflict where both sides begin to act counter to their long-term interests-even to the point of using nuclear weapons.

FA: You begin your article noting that we have not paid much attention to religious militants in Pakistan because their activities have been concentrated in Kashmir and have not been a security threat outside South Asia. Do you think that terrorism in South Asia is bound to spill beyond the immediate borders?

JS: The problem is that some of the jihadi groups that I describe in the article are suspected of international terrorist incidents, and they are also closely linked with known international terrorists. They share camps and they share operatives-both with international terrorists and with anti-Shi'a sectarian killers active in Pakistan. Harkat-ul-Mujahideen signed one of Osama bin Laden's fatwas against the United States. Most Muslims consider bin Laden's view to be a gross distortion of Islam, but these Pakistani extremist groups see him as a hero. That's one of the reasons the U.S. government is worried about these groups. And the second issue is the one I already mentioned: that these groups could inadvertently precipitate nuclear conflict in the region.

FA: Seven countries are on the State Department's list of nations that sponsor terrorism: Libya, Syria, Iran, Iraq, Cuba, Sudan, and North Korea. Pakistan is not on that list. Do you think it should be?

JS: Whenever the State Department makes a decision to put a country on the list it is a very difficult process-it's important to make sure that we're not doing more harm than good. There is a fear that if Pakistan were put on that list it would strengthen the hand of extremist elements in Pakistan. The Pakistani government is being very cooperative when it comes to internationational terrorism and trying to assist the U.S. government in finding international terrorists when they show up in Pakistan. However, the Pakistani government is less helpful in its attitude toward the jihadi groups-it sees the distinction between them and terrorists as far more clear than it actually is, in my view. Pakistan says it supports these groups diplomatically and morally, while the U.S. government says that Pakistan is [also] training and equipping them. I think that in continuing to support the jihadi groups, the Pakistani government is making a grave mistake. Nonetheless, I don't think it would be helpful, at this stage, to put Pakistan on that list.

FA: The Pakistani government has made indications that it will attempt to curb the activities of the mujahideen. How do you feel about their prospects for success?

JS: The first step is to stop supporting the groups. But the Pakistani government is divided: many government officials feel a great deal of sympathy for the groups and believe they are promoting Pakistan's interests in Kashmir. The next step would be to try actively to reign in the groups. But this would have to be done very carefully. Extremely harsh counterterrorism policies tend to backfire-they end up increasing support for militants.

FA: A New York Times editorial recently made the point that, since terrorism in South Asia is based on religion and ideology and not grievances, it is less amenable to negotiation.

JS: It's hard to fight religious terrorism because religion is the ideal banner for mobilization.

I am currently working on a book project to study religious-militant organizations under the auspices of the Center for Public Leadership at Harvard. I'm developing a formal survey instrument to try to understand the mobilization strategies of religious militants around the world. To understand leadership we need to look not just at the heroes, but also at the dark side of leadership: the people who are able to persuade young men to donate their lives for a cause. Or perhaps even more surprisingly, to persuade families to give up their sons for a cause. That's also a kind of leadership.

When people believe they are fighting on behalf of God, it's hard to persuade them to give up the fight. Religion is a powerful mobilization technique. This is what my book is about.

FA: Your article highlights the importance of education as a policy to fight terrorism in the region. Could you elaborate on this idea?

JS: Economic development is critical for stemming the tide of extremism, and you can't have economic development without a better-educated populace. It's not enough to educate youth if they can't find a job when they get out of school. So education and economic development are both critical. But the failure of the Pakistani state to educate its youth is causing all kinds of problems. Religious schools are filling a void, and in some cases that's a good thing. But the extremist religious schools are not training kids to participate in a modern economy, they are training kids to hate. This does not bode well for Pakistan's future.

I think this is an opportunity, not just for governments, but for private foundations and wealthy individuals to step up to the plate. They could actually make a difference here, not only in improving Pakistan's literacy rate and its economic prospects, but in reducing the risk of nuclear war. 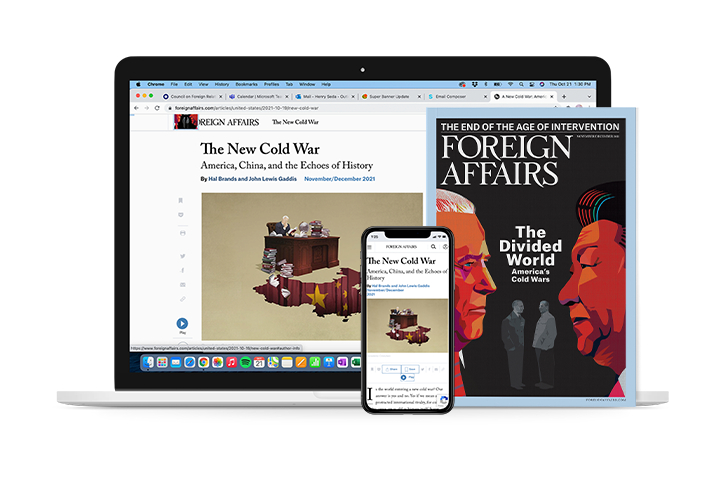