On March 23, 2019, U.S.-backed Kurdish and Arab militias captured the last territorial redoubt of the Islamic State (or ISIS) in Iraq and Syria. After a bloody, four-year campaign, a caliphate approximately the size of the United Kingdom had been reduced to a 1.5-square-kilometer village in eastern Syria—then wiped from the map entirely.

Six months later, ISIS is still reeling from the shock. ISIS militants initially sheltered underground in enclaves throughout the Levant. They began a sustained campaign of assassinations and ambushes against political power brokers and security forces, particularly in Iraq. At the same time, the organization’s affiliate and franchise groups grew in importance and their territorial reach extended east.

Southeast Asia, in particular, has assumed a greater role in the terrorist group’s global strategy, despite having been overshadowed by higher-profile wilayats, or provinces, of the self-proclaimed caliphate in the past. The number of ISIS fighters, suicide bombers, organized training programs, and propaganda videos originating from the region has grown steadily in recent years. Without a claim to physical territory anymore, the group’s information operations have become even more critical to its success. The nature and spread of ISIS as an organization have changed as a result.

Southeast Asia may be the newest breeding ground for militant Islam. Deeply interconnected but hard to rule, the island-studded region lends itself to unconventional warfare. And since at least 2018, when it became increasingly difficult to travel to Iraq and Syria, foreign fighters from the region and farther abroad have flocked to the Philippines, Indonesia, and Malaysia because of these countries’ growing reputation as emerging fronts for global jihad. The violence perpetrated by pro-ISIS groups in this region has been episodic and uncoordinated, but the underlying trend is clear—ISIS has shifted away from its initial concern with sovereignty over land and people, moving, in the process, toward a decentralized, global insurgency model.

ISIS first gained a foothold in Southeast Asia in 2014. As the group swept across Iraq and Syria that year, existing Southeast Asian jihadi organizations pledged their loyalty to ISIS leader Abu Bakr al-Baghdadi at a dizzying rate. Among them were Abu Sayyaf, an Islamic terrorist group with longtime ties to al Qaeda; the Maute Group, an ISIS-linked terror group that played a pivotal role in a bloody 2017 siege of the Philippine city of Marawi; and the Jamaah Ansharut Daulah (JAD), another affiliate based out of Indonesia.

At first, these pledges of loyalty went largely unrecognized by ISIS leaders in the Middle East. Even so, by late 2014, roughly 1,000 Southeast Asians had joined ISIS fighters in Iraq and Syria. More than 300 of them belonged to a single military unit—the Katibah Nusantara—which demonstrated impressive military capabilities against the Kurds on the battlefield in Syria.

Although it named a single emir for all of East Asia, ISIS doesn’t treat the region as a monolith. Instead, the organization tailors both its recruitment techniques and its military tactics to local sensibilities. In Indonesia, for instance, the group recruits mainly by cultivating personal relationships in a handful of mosques and madrasahs, whereas in Malaysia—where the state controls the mosques—it focuses on radicalizing people online. Malaysian recruits have come from across the socioeconomic spectrum. By contrast, in the Philippines, ISIS has mainly found willing recruits among the poor.

Although it named a single emir for all of East Asia, ISIS doesn’t treat the region as a monolith.

In many ways, the Philippines has emerged as ISIS’ greatest hope for a revival of its caliphate. In May 2017, ISIS militants seized control of Marawi, a city of 200,000 on the island of Mindanao, in the restive southern Philippines. For five months the fighters held off the U.S.-trained Philippine military, before being routed through a combination of airstrikes, artillery bombardment, and direct raids. Many of the top ISIS leaders and over 500 militants died in the operation. Even so, the organization retains a foothold in the region, largely because the Philippine security forces commit egregious human rights abuses that drive those with long-standing grievances into the militants’ arms. The siege of Marawi contributed to growing jihadi lore—it was featured in the sophisticated ISIS propaganda series Inside the Caliphate—and enhanced ISIS’ notoriety in the region. Philippine President Rodrigo Duterte’s heavily militarized response—which included indiscriminate air and artillery strikes—also played to ISIS’ advantage, as did Duterte’s faltering attempts to rebuild the city, from which more than 50,000 people remain displaced.

ISIS recruitment efforts in the Philippines (and in other countries in the region) have also benefited from the collapse of the caliphate in Iraq and Syria. A couple that blew themselves up at a cathedral in Jolo, the Philippines, in January of this year were, in fact, first detained by Turkish authorities while trying to enter Syria and deported back to Indonesia. Many of these frustrated foreign fighters whom governments turned back from the Middle East have completed disengagement programs intended to dissuade them from reengaging in militarism. But the effectiveness of these programs has yet to be seen. And in the meantime, Malaysia is expecting the return of 53 ex-fighters and would-be militants from Syria and Iraq; Indonesia awaits over 100. Many more from across Southeast Asia were arrested before they could travel to Syria. (Indeed, the difficulty of getting to Syria is what kept the numbers as low as they are.) And the governments of the region must now decide what to do with these fighters when they arrive.

Despite the organization’s rapid growth in Southeast Asia, ISIS does not yet have a single “recipe for success.” Aside from Marawi, the group hasn’t pursued territorial gains as it did in the Middle East. This could reflect a dearth of leadership: Hapilon was killed in Marawi, along with other leading militants from the Philippines. His mantle as de facto leader of ISIS in Southeast Asia has fallen to either Furuji Indama or Hatib Hajan Sawadjaan, leaders of the Abu Sayyaf.

Arrests of militants have likewise hampered operations. Since 2013, Malaysia alone has arrested some 519 terrorism suspects, many of whom were affiliated with ISIS. Regional security forces have been far more proactive in dealing with the ISIS threat than they were with al Qaeda. And there has been significantly more interstate cooperation, including on maritime patrols, to try to stem the flow of militants in and out of the southern Philippines. Abu Bakar Bashir and Aman Abdurrahman—the leading ISIS ideologues and heads of the JAD in the region—are both in prison.

In the end, local militants probably care more about ISIS than ISIS cares about them.

What is more, ISIS’ central leadership has sent mixed signals about the establishment of a wilayat, or province, in Southeast Asia. The organization’s central media organs walked back initial statements suggesting one had been established. And in a video released in April, Baghdadi failed to mention ISIS in East Asia, an omission that may or may not have been an oversight.

Southeast Asia remains geographically remote and far from the ISIS core in the Levant. It is also culturally distant from the Islamic world’s traditional heartlands on the Arabian Peninsula. More important, Arab chauvinism toward Southeast Asian Muslims—an attitude codified in The Management of Savagery, by the jihadi strategist Abu Bakr Naji—could limit the scope of future cooperation.

In the end, local militants probably care more about ISIS than ISIS cares about them. ISIS’ network in Southeast Asia remains loose and undefined. It exists largely for propaganda purposes and does not reflect centralized command and control across Southeast Asia. What is more, ISIS is not the only game in town: the pro–al Qaeda group Jemaah Islamiyah has rebuilt its network over the past couple of years. Local groups will likely seek to align themselves with one of these two big players. After all, mapping parochial struggles onto global ones is important for messaging, recruitment, and fundraising.

As the ISIS core in Iraq and Syria attempts to rebuild itself, Baghdadi and his lieutenants will have to make difficult decisions about where to allocate resources, especially since the central leadership has different needs from its regional affiliates. Now that the caliphate is gone and ISIS must transform itself into an insurgency, however, the largely untested lands of Southeast Asia may yield rich rewards. 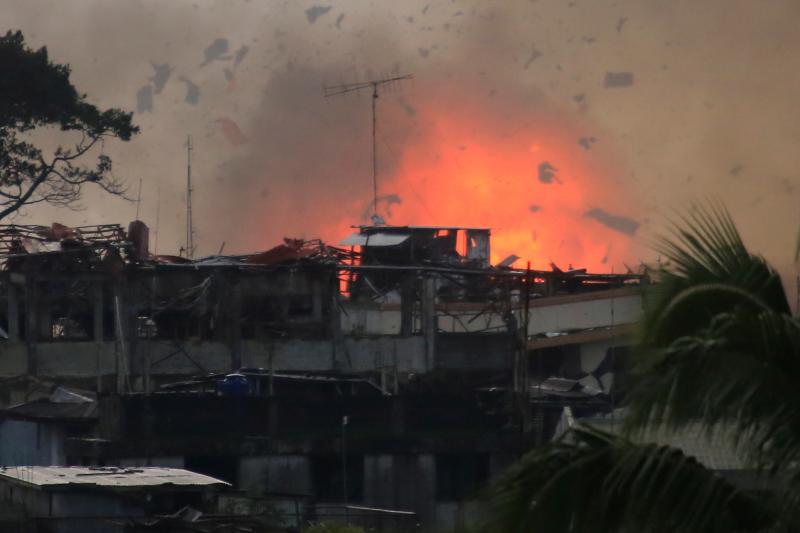 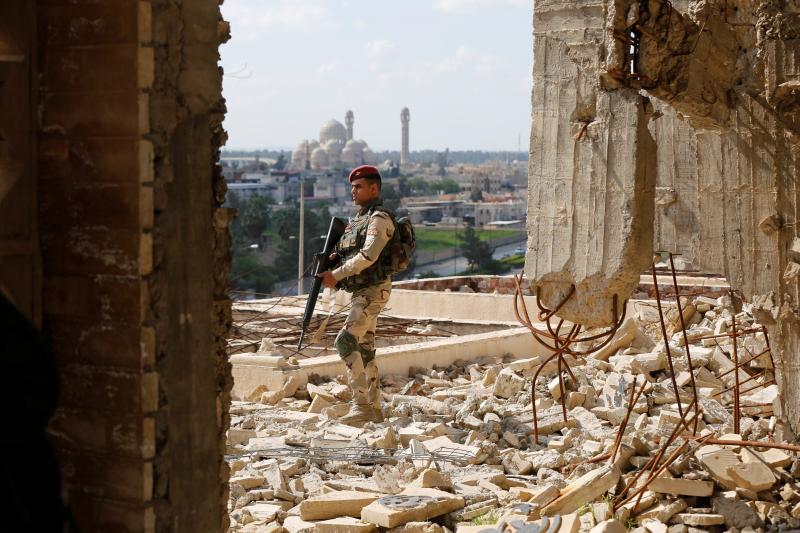 How ISIS Is Transforming

Why Predictions of Its Demise Are Premature