Assad Doesn’t Care if More of His People Starve

By Joshua Landis and Steven Simon

Last December, U.S. President Donald Trump adopted extraordinarily tough and wide-ranging new sanctions against the Syrian government and its supporters. Syrian President Bashar al-Assad and other senior officials have been subject to U.S. sanctions since 2011, but the new measures, which took effect in mid-June, are sweeping: they apply to anyone, Syrian or non-Syrian, who aids or does business with the Assad regime or with any entities it controls.

The policy has earned praise in some quarters—compared to many Trump-era Middle East actions, it is at least coherent. But it fails to advance any core American interests. Moreover, it further immiserates the Syrian people, blocks reconstruction efforts, and strangles the economy that sustains a desperate population during Syria’s growing humanitarian and public health crises.

According to U.S. Special Representative for Syria James Jeffrey, the objectives of this scorched-earth policy are to turn Syria into a “quagmire” for Russia and to gain enough leverage to reconstitute the Syrian government along the lines that the United States imposed on Japan after World War II. The United States seeks a “dramatic shift” in the Syrian regime’s behavior, Jeffrey asserted: in theory, systematically bankrupting the Syrian government could force Assad to comply with UN Security Council Resolution 2254, which requires Syrian political reform. To increase the pressure, the United States has endorsed Israeli strikes against Syrian territory and Turkish expropriation of Syrian energy resources. It has also closed the main highway to Baghdad to choke off trade.

In 2011, U.S. President Barack Obama and European leaders embarked on a crusade to force Assad from office. They presumed that a virtuous alternative government waited in the wings—but the Western-educated, Syrian opposition figures whom the United States and the European Union had cultivated turned out to hold no sway on the ground, and American-led attempts to unify the Syrian opposition failed. In 2012, the CIA counted more than 1,500 opposition militias in Syria. By the time Russia intervened in 2015, the United States and its European allies had begun to fear that these groups had lost control of the military effort against Assad to radical Islamist groups, such as the Islamic State (or ISIS) and al Qaeda.

Washington’s new sanctions campaign presupposes that the quagmire the United States creates would somehow engulf Russia. For proponents of the policy—especially those who came of age in the Vietnam era—“quagmire” is a deeply resonant term, recalling a war that killed 58,000 Americans, shredded American credibility, and weakened the fabric of American society. But simply repeating this talismanic term will not shift the United States’ historic quagmire onto Russia. Preserving Assad is Russian President Vladimir Putin’s greatest foreign policy success since the annexation of Crimea, and Russia can keep Syria’s strongman afloat without paying a fraction of the terrible price the United States paid in Vietnam. Moreover, the United States has nothing to gain by creating a quagmire for Russia; doing so won’t improve its strategic position in the region, save Syrian lives, or diminish the threat that Russia poses to American democracy.

Preserving Assad is Putin’s greatest foreign policy success since the annexation of Crimea.

In the real world, “quagmire” is simply a misleading term for a failed state. And failed states leave their populations exposed to hunger, disease, poverty, and predatory warlords. The Trump administration skirts this grim reality by insisting that sanctions work. Yet there is little evidence that economic sanctions ever achieve their objectives. Even the best-designed sanctions can be self-defeating, strengthening the regimes they were designed to hurt and punishing the societies they were supposed to protect. The destruction of Iraq’s middle class in the 1990s is a case in point: U.S. sanctions killed hundreds of thousands of Iraqis. Their effect was gendered, disproportionately punishing women and children. The notion that sanctions work is a pitiless illusion. The fact is those with guns eat first, and competing with Assad over who can hurt Syrian peasants more is a losing game for Washington.

THE LOGIC OF SANCTIONS

The Trump administration designed the sanctions it has now imposed on Syria to make reconstruction impossible. The sanctions target the construction, electricity, and oil sectors, which are essential to getting Syria back on its feet. Although the United States says it is “protecting” Syria’s oil fields in the northeast, it has not given the Syrian government access to repair them, and U.S. sanctions prohibit any firm of any nationality from repairing them—unless the administration wishes to make an exception. Such an exception was recently made for a U.S. firm to manage the oil fields, but oil leaks continue to drain into the Khabour and Euphrates Rivers. U.S. sanctions not only punish people, who receive only an hour or two of electricity a day, but also poison their environment.

The sanctions even prevent non-U.S. aid organizations from delivering reconstruction assistance.  Humanitarian exemptions are deliberately vague, as are the requirements that the Syrian government would have to meet in order to obtain sanctions relief. Such uncertainty is meant to deter aid suppliers and investors who might otherwise help Syria rebuild but who can’t be wholly confident that they are in the clear to do so. This chilling effect, known as overcompliance, is a rational response to the fear of inadvertent entanglement in complex legal issues that could destroy a nongovernmental organization or a firm.

Blocked from reconstructing their country and seeking external assistance, Syrians face “mass starvation or another mass exodus,” according to the World Food Program. In 2011, abject poverty in Syria stood at less than one percent. By 2015, however, abject poverty had risen to 35 percent of the population. In late spring of 2020, Lebanon approached bankruptcy, and Syria’s economy, which has deep and long-standing ties to Lebanon’s economy, began to spin out of control. Food prices have shot up 209 percent in the last year, and medicine is expensive and scarce. The number of food insecure Syrians has climbed from 7.9 million to 9.3 million in just six months, according to the World Food Program.

U.S. sanctions not only punish people, but also poison their environment.

To bring humanitarian and reconstruction aid into Syria would necessarily involve the country’s government, which is notoriously corrupt. But Saudi Arabia is corrupt as well: no one can do business there without paying an informal tax to members of the royal family. Those who deal with the governments of this region and who seek to help them avoid collapse must understand regime corruption as a regrettable but unavoidable added transaction cost. Opposition groups partake in the culture of corruption as well: Robert Ford, the former U.S. ambassador to Syria, pleaded to no avail with the country’s main opposition militias for the return of materiel they had looted from the warehouses of U.S.-supported factions. The U.S.-backed militias around Aleppo in turn looted more than 1,000 factories, stripping them to their cement foundations. Aid delivery therefore will entail repeated shoving matches between providers dedicated to channeling the full value of assistance to their intended recipients and a government determined to shovel it toward its supporters. This process will be exhausting and disappointing to both sides. But aid will get through.

WHY SANCTIONS ARE UNLIKELY TO WORK

Although Jeffrey has said that the United States no longer seeks regime change in Syria, many sanctions advocates within the Trump administration continue to hope for exactly that. They argue that the pain of ordinary Syrians today will pay off, because Assad’s departure will yield a future free from oppression and fear. Their opponents say that regime change will more likely unleash a second round of civil war following the collapse of the state and that Syria could well be plunged into anarchy for another decade. The problem for these sanctions advocates is that there isn’t evidence to support their counterfactual claim—that destroying the authoritarian state will improve human rights—and their opponents can point to the bloody chaos that regime change unleashed in Iraq and Libya.

U.S. policymakers have suggested that Assad and his backers will voluntarily embrace the UN’s path forward, adopting an “entirely new set of behaviors” in order to “come out from under these sanctions.” But the notion that Assad will freely accept the UN plan—which calls for fair elections, a new constitution, and “credible, inclusive and non-sectarian governance”—is disconnected from reality. In practice, doing so would mean Assad’s ouster, and he knows it.

Assad and his supporters won the country’s civil war against considerable odds. They did not crack when rebels massacred their entire national security team early in the war; they did not crack when they lost Palmyra, Idlib, half of Aleppo, the oil fields, the northeast, or the southeast; they brushed off Trump’s 60-second bombing campaign; and they withstood an energetic U.S. effort to equip and train the armed opposition. If nine years of brutal violence that killed some 100,000 Alawites—one of every 25—did not defeat Assad and his military, economic embargoes are unlikely to faze him. The fact is that sanctions will achieve neither justice for Assad nor mercy for the Syrian people.

The United States once led an international liberal order premised on the conviction that free trade and a vital middle class would produce democratic governance and societal well-being. Today, the Trump administration is trying to convince the world of the opposite—that impoverishment and the restriction of trade will bring freedom and advancement. The sooner the United States reconsiders its punitive policy toward Syria, the sooner it will be able to make a positive contribution to regional development. Assad is likely to agree to substantial concessions in order to get out from under sanctions, but stepping aside is not among them. 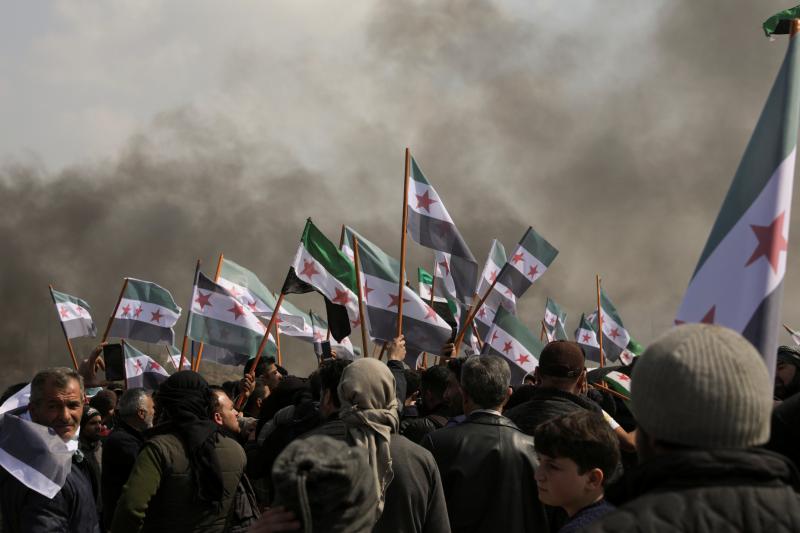 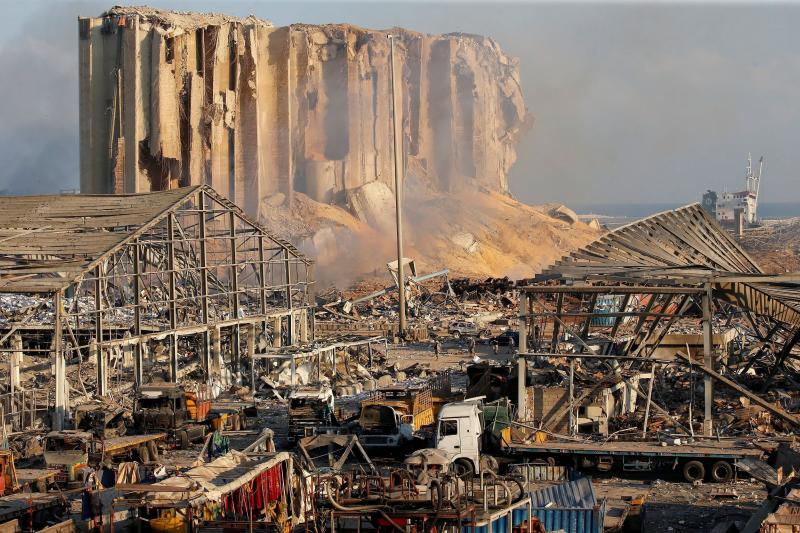