Only a few months ago, Kurds in the Middle East were optimistic. They enjoyed a newfound international recognition, and a major political breakthrough glimmered on their horizon. Their confidence sprang in large part from the achievements of the Syrian Kurds.

The Kurdish People’s Protection Units (YPG) mostly dominated the multiethnic umbrella militia group known as the Syrian Democratic Forces. That group had worked for almost five years in close alliance with the world’s premier superpower, the United States, to defeat the Islamic State, or ISIS. The affiliation was extraordinary, from the Kurdish point of view, because the Kurdistan Workers’ Party was initially behind establishing the militia. Based in Turkey, that party has long battled the Turkish government, and it is on the U.S. terrorist list. In the Syrian territories that the militia forces liberated, Kurds quickly established their own governmental structures and institutionalized their rule.

The Kurdish success in Syria came some two decades after an autonomous, internationally recognized Kurdish entity, the Kurdistan Regional Government, or KRG, solidified in Iraq. In the aftermath of the Gulf War in 1991, Washington sought to stop Iraqi strongman Saddam Hussein from massacring the country’s Kurdish population. The result of U.S. efforts was de facto Kurdish autonomy within Iraq, which would eventually lead to the KRG. In the period from 2014 to 2019, the United States appeared poised to once again midwife a Kurdish entity, this one under different circumstances and with less far-reaching powers, in Syria.

Within the space of a single week in October, Syrian Kurdish dreams have been cruelly dashed. Without informing even his own military, U.S. President Donald Trump gave Turkish President Recep Tayyip Erdogan the green light to invade northern Syria. First he pulled U.S. Special Forces back from the Turkish-Syrian border, allowing Turkish troops and allied jihadis to start an offensive. Soon afterward, the White House announced that all 1,000 U.S. troops would leave Syria. All of Kurdish-controlled territory—not just the 20-mile security zone Turkey had claimed it wanted to control—will now be open to Turkey’s advance.

The Syrian government in Damascus has announced that it, too, will enter northern Syria, perhaps at the invitation of the region’s Kurds. What was recently Kurdish territory will likely be divided between Ankara and Damascus, an outcome that marks the end of the dream of Kurdish autonomy, at least for the time being.

Both Trump and Erdogan face powerful headwinds. Trump’s reckless decision has been almost universally condemned, including in Washington and even among some of the president’s most die-hard supporters. The last time the Kurds garnered this much attention and sympathy was at the end of the Gulf War, when Iraqi forces had cornered them along the Turkish border. But today, unlike in the 1990s, social media draws public attention to the dire conditions afflicting Kurdish civilians and to the wanton killings on the part of Turkey’s air force and allies. Even the U.S. secretary of defense acknowledged that Turkey appeared to be committing war crimes. A number of European countries have stopped arms deliveries to Ankara as a consequence—and more important, the U.S. Congress is likely to introduce harsh sanctions on Turkey.

Trump and Erdogan underestimated how intensely observers would react, not just to the callousness of the betrayal but also to the ferocity of the Turkish onslaught. To the U.S. Congress, military, bureaucracy, and press, Trump’s move was baffling. The Kurds were allies who had sacrificed 11,000 of their own—why would the United States unceremoniously dump them, potentially leading some 12,000 battle-hardened ISIS fighters and 40,000 of their family members to break out of the prisons in which the Kurds were holding them? In one stroke, Trump effectively nullified years of painstaking work to defeat the caliphate.

In one stroke, Trump nullified years of work to defeat ISIS.

What Trump might have thought was a favor he offered to Erdogan may in fact be a poisoned chalice. Back in 1974, Turkey invaded Cyprus, and the United States responded with an embargo that severely affected relations between the two countries. The sanctions Congress now contemplates could be even more devastating, both because they appear to be much more wide-ranging and because the Turkish economy is more globally integrated and therefore far more vulnerable to external pressure.

The Turkish president may soon find himself in a political vise. Most of the Turkish population, except for the Kurdish minority, stands shoulder to shoulder with the Erdogan government and approves of the invasion. Erdogan cannot backtrack in response to sanctions, but legislation that is veto proof will tie Trump’s hands. For this reason, the Trump administration has announced its own complement of sanctions to dampen the public anger and head off more draconian congressional ones.

A sanctions-induced economic calamity for Turkey will not be good news for the United States. Turkey would likely respond by moving further away from Western institutions and even completely breaking from them. Erdogan could seek to avenge himself by pushing some of the three million Syrian refugees currently in Turkey into Europe. He could even make another play for Cyprus. Erdogan might not survive such a confrontation with the West, but the damage to the relationship would still take decades to heal.

The Kurds, for their part, have been betrayed before. But this time, Kurdish success in Syria had elevated expectations throughout the region. The fact that defeat now comes in the form of a Turkish invasion and the return of partial Syrian regime control will certainly subdue regional hopes.

Outside of Syria, the Turkish Kurds will be the most affected. They had become savvy political actors even under repressive conditions. The pro-Kurdish Peoples’ Democratic Party is the third largest in Turkey’s parliament and recently swept most municipalities in the country’s Kurdish regions (Erdogan sacked almost all of its elected mayors). The party was critical to defeating Erdogan’s candidate in the 2019 municipal elections in Istanbul, a must-win city for the president and his party. Yet the opposition party whose candidate emerged victorious in that election abandoned the Kurds and rallied around the flag when the Turkish army began its invasion of Syria.

The Kurds are undoubtedly weakened, but Erdogan’s growing absolutism is weakening him as well, in that it leads him to miscalculate in ways that alienate Turkey from its allies. The incursion into Syria may be such a case. As ISIS fighters escape their detention, they breathe new life into an organization that had never really disappeared. Europeans are terrified by the possibility of jihadis returning to cause mayhem on their streets. They will blame Turkey for the renewed security risk.

Ankara may miss those allies when it confronts a burgeoning security problem of its own. After all, the fighting will at some point subside, and Turkey will control significant chunks of Syrian Kurdish territory. Rather than accept this new status quo, the YPG may engage in a guerrilla war, perhaps even with the encouragement of the Syrian regime. A new conflict will start, chewing up people and resources in a zero-sum game much like the Kurdish struggle against Saddam Hussein in the 1990s, only now the adversary will be Erdogan.

The Kurds in Iraq will face a dilemma. Economically, they depend on Turkey. But they have survived numerous massacres and cannot but be sympathetic to the plight of their kinsmen a few dozen miles away. Just as Kurds everywhere loathed Saddam, Kurds in Iraq and elsewhere will likely feel the same way toward Erdogan.

The end of the last century and the early decades of this one witnessed a Kurdish awakening that no Turkish invasion will undo. I argued in my earlier piece in Foreign Affairs that nation building is a slow process. Defeats can be at least as edifying and invigorating as successes. In the early twentieth century—the age of the all-powerful state—attempts to eradicate whole cultures proved unsuccessful. In the twenty-first century—the age of information—the state is still powerful, but societies are also capable of keeping ideas and identities alive. There is little reason to think that the idea of a Kurdish nation is likelier now to fade away. 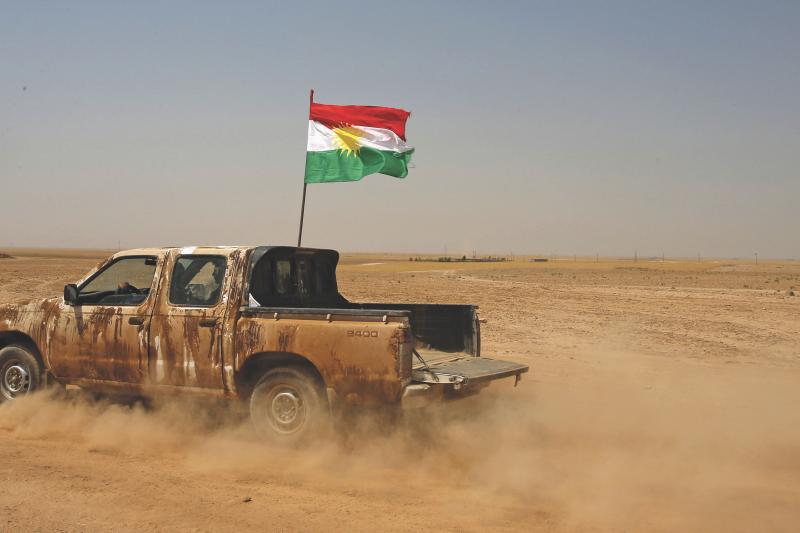 Unity, Betrayal, and the Future of the Middle East 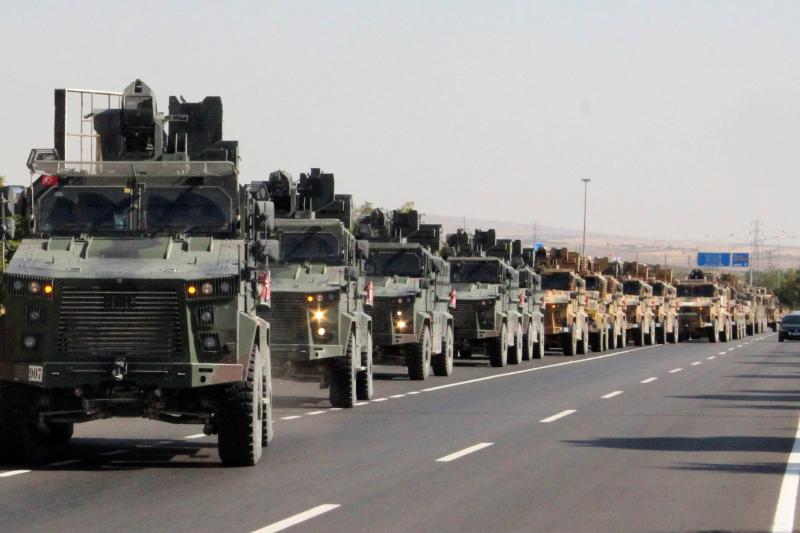