The Mosque, the Dam, and Erdogan’s Widening Culture War

The Linked Fates of Two Cultural Heritage Sites in Turkey

In recent weeks, the Turkish government has courted international condemnation for its handling of the country’s unique cultural heritage. In early July, rising waters from a new dam flooded the archaeological site of Hasankeyf, leading The New York Times to declare that the ancient valley had been “lost to ‘progress.’” Then, soon after, Turkish President Recep Tayyip Erdogan announced that Istanbul’s Hagia Sophia—the ancient church turned mosque turned museum—would be changed back into a mosque. Critics have fretted about what this will mean for the building’s ornate Byzantine mosaics, highlighting the growing material toll of Erdogan’s religious and authoritarian policies.

In truth, Erdogan welcomes international condemnation. He draws strength from his constant sparring with domestic and foreign foes, and the battles over Hasankeyf and Hagia Sophia fuel his posture of indignation and grievance. Erdogan presented the reconversion of Hagia Sophia not simply as an act of piety or the rectification of a historic injustice but as a defense of Turkey’s sovereignty. In the case of Hasankeyf, Erdogan has suggested that critics oppose dam building not out of concern for cultural heritage or the environment but because they do not want Turkey to prosper.

Erdogan’s culture war casts faith, nationalism, and material progress as part of a zero-sum struggle with his adversaries abroad and at home. It’s a worldview that resonates with many voters. But it has done little to improve Turkey’s flagging economy, while leaving the country ever more embattled in its relations with its neighbors. The president’s combativeness produces a self-fulfilling prophecy: he blames external forces and foreign powers for the problems created by his insistent conjuring of enemies of the nation.

A MOSQUE ONCE MORE

The Byzantine emperor Justinian built Hagia Sophia in the sixth century as a grand symbol of imperial faith and power. After the Ottomans conquered Constantinople in 1453, Sultan Mehmed II converted the cathedral into a mosque for much the same reason. In 1934, Turkish President Kemal Ataturk, who had himself retaken Istanbul after defeating British and Greek forces, ordered the building to be transformed into a museum. The act was meant to highlight the secular outlook of the young Turkish republic as well as to appeal to a sense of shared cultural and civilizational values with the Western powers Turkey had just defeated. But many Islamists and conservative nationalists deeply resented this decision; the desacralization of Hagia Sophia was an affront to Turkey’s Muslim identity and a sop to Turkey’s Western enemies.

When announcing Hagia Sophia’s new status, Erdogan described the building as “the common heritage of humanity.” Yet the rest of his speech read like a warning against anyone who might take this phrase too literally. He insisted that questioning his decision to convert Hagia Sophia was an attack on Turkey’s sovereign rights, no different from questioning its flag or indeed its borders. A few days later, he responded to criticism from the Greek and U.S. governments by saying that their opprobrium was “tantamount to a direct attack on our sovereignty.”

In Erdogan's view, questioning the reconversion of Hagia Sophia was an attack on Turkish sovereignty.

To further stress his new fusion of faith and Turkish sovereignty, Erdogan chose a symbolically important day—July 24—to hold the first official prayers at the reconverted Hagia Sophia. The Allied powers signed the Treaty of Lausanne on that date in 1923, recognizing the emergence of an independent, modern Turkish republic under the leadership of Ataturk. As first written by Ataturk himself, traditional accounts of Turkish history presented Lausanne as the title deed of the Turkish republic and the consecration of its hard-won sovereignty. In holding prayers in Hagia Sophia on this anniversary, Erdogan rejected and revised this account. Implicit in Ataturk’s narrative was the idea that he made Hagia Sophia a museum after freeing Turkey from the European occupiers who would have made the building into a church. Implicit in Erdogan’s narrative is the idea that Ataturk’s secularism itself represented a kind of ongoing foreign occupation. For Ataturk, in other words, secularism was part and parcel of the establishment of Turkish sovereignty. For Erdogan, Turkish sovereignty remains partial until religion is restored to its rightful place.

Erdogan has alarmed Turkey’s neighbors in the past by suggesting that his country’s sovereignty is still incomplete. The president has criticized the terms of the Treaty of Lausanne while also invoking the “spiritual borders” of the Ottoman Empire and describing a broad swath of the eastern Mediterranean as Turkey’s “blue homeland.” Combined with recent Turkish military deployments in countries such as Libya and Syria, this rhetoric has helped bring a number of regional states—including Cyprus, Egypt, Greece, Israel, Saudi Arabia, and the United Arab Emirates—into a deepening alignment against Ankara. That formation has in turn furthered Ankara’s conviction that it must defend Turkish sovereignty against hostile encirclement.

The case of Hasankeyf may be less well known than that of Hagia Sophia, but it reveals just as much about Erdogan’s combative politics. Nestled along the Tigris River, Hasankeyf offered visitors a scenic accumulation of mosques, tombs, fortifications, and other architectural monuments built up by an array of empires over millennia of continuous human habitation. Criticism of the dam project has intensified as floodwaters have risen in recent years, but Ankara has responded with ever greater determination to push forward.

Dam projects have always displaced people and damaged the environment—but for decades, they were also symbols of development and democratization. Turkey’s first freely elected government built dams with the enthusiastic support of U.S. advisers in the early Cold War period. Turkish President Celal Bayar visited the Hoover Dam in 1954, and future Prime Minister Suleyman Demirel studied hydraulic engineering as an Eisenhower fellow in the United States. In an era when many Americans saw the Tennessee Valley Authority as a defining example of President Franklin Roosevelt’s commitment to rural development, Turkish politicians, too, built dams to win votes from villagers desperate for irrigation and electricity.

The dam that flooded Hasankeyf was part of the Southeastern Anatolia Project, a decades-old plan by which Turkish officials hoped to temper Kurdish separatism by developing the region where the Kurds largely lived. The approach was certainly more peaceful than the government’s violent suppression of Kurdish revolts, but it nonetheless sought to use prosperity as a balm for the denial of cultural and linguistic rights. Since coming to power in 2002, Erdogan and his party have likewise spoken of winning over Kurdish voters through the politics of development. But such rhetoric has proven hollow in the last four years, as Erdogan has systematically arrested Kurdish parliamentarians and replaced elected Kurdish mayors with government appointees.

In recent years, large-scale dams such as the one at Hasankeyf have come in for criticism from Turkish liberals and environmentalists, who question their practical benefits and argue that these benefits are unlikely to accrue to the same people whom the dams displace. Erdogan, in turn, has responded aggressively: authorities detained a foreign journalist visiting Hasankeyf, arrested environmental protesters, and, more broadly, labeled opponents of the project as terrorists and foreign agents.

Thus the dam, like many other development projects, has become more important for what it signals than for what it actually achieves. Erdogan has pursued enormous construction projects, such as building the world’s largest airport in Istanbul and digging a canal connecting the Black Sea to the Sea of Marmara, in order to demonstrate Turkey’s power, even though the merits of these projects are far from clear. Erdogan hopes that the symbolic resonance of such projects—showing Turkey as a strong and independent actor on the global stage—will render questions about their costs beyond debate. Critics fretted about the price and safety of Istanbul’s new airport, for instance, but the pro-government press made proving those critics wrong part of the very purpose of the project. As one paper declared ahead of the inauguration of the airport in 2018: “The project they said could never be done is officially opening tomorrow.”

Erdogan’s combative rhetoric has proven effective in part because of his success in picking the right battles, then fighting them to completion. Asked about the conversion of Hagia Sophia, a prominent nationalist opposition leader admitted surprise: “It’s the first time I’ve been wrong. I said Erdogan would never open Hagia Sophia to prayer. . . . I was wrong. Let it be blessed. My congratulations to Mr. Erdogan.” Opponents regularly suggest that Erdogan’s bravado is simply for show, part of a cynical bid to win votes. But the fact that he often walks the talk wins the president support. In 2019, for example, many of Erdogan’s domestic and international critics still didn’t think he would go ahead with his plan to buy Russian air defense missiles, insisting he would ultimately bow to U.S. pressure. Critics still wonder at the rationale for a $2.5 billion weapons system that currently sits in a warehouse, that still might incur U.S. sanctions, and that Turkey cannot use to defend itself against Russian attacks (such as the airstrikes that killed 33 Turkish soldiers in Idlib last spring). But Erdogan’s defiant framing ensured that the very act of going through with the purchase looked like a victory, even in the eyes of his detractors.

The mystery is how long such victories will be enough for Turkish voters—and what Erdogan will do when they aren’t. Turkey’s economy is faltering, prices are rising, and its currency is weakening. Erdogan has so far managed to maintain his narrow majority by censoring and arresting his opponents, while rewriting the electoral rules in his favor. But if his actual base of support is eroding as quickly as some polls suggest, even these undemocratic measures may no longer be enough. Presidential and parliamentary elections are currently scheduled for 2023. In the coming years, voters will undoubtedly get more mosques and megaprojects and no end of friction in the eastern Mediterranean. Then they will have to decide whether these fights are the source of or the solution to their problems. 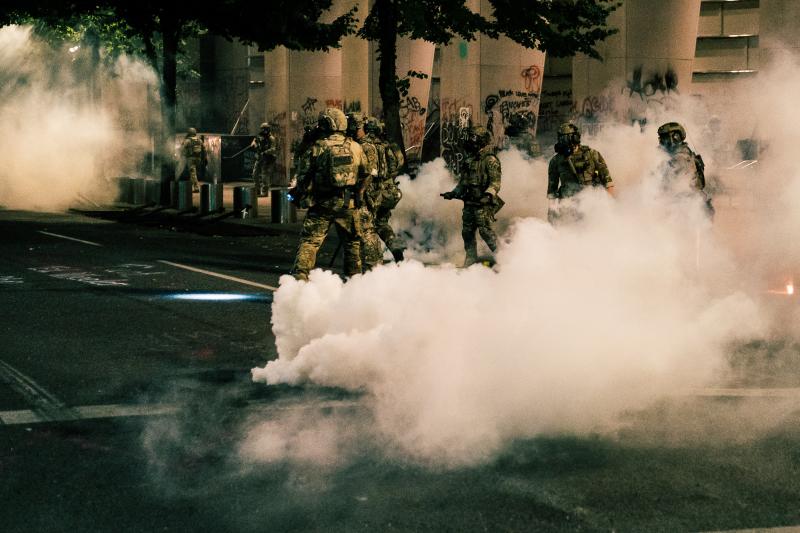 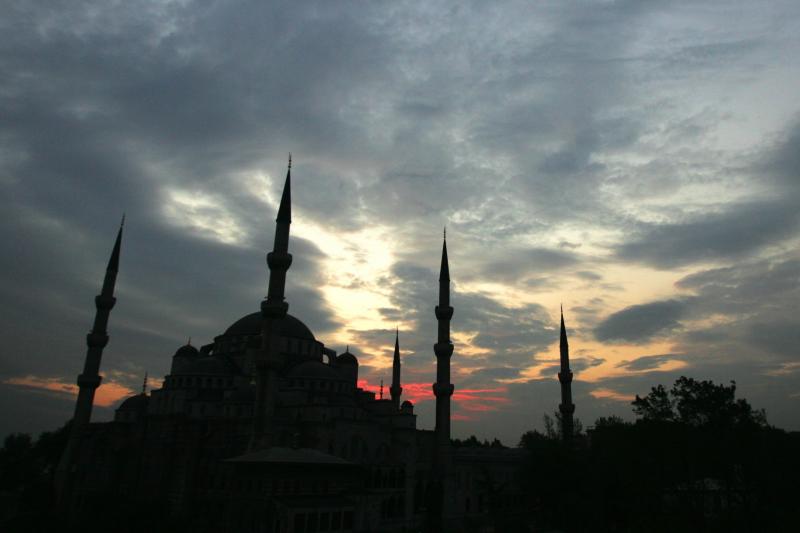