On September 27, significant fighting broke out between the militaries of Armenia and Azerbaijan, two states that have been locked in an intractable conflict over the disputed region of Nagorno-Karabakh since the last days of the Soviet Union. Nagorno-Karabakh and surrounding regions have seen periodic outbursts of violence in recent years, but the current fighting is the most serious since Armenia and Azerbaijan signed a cease-fire in 1994.

Domestic political factors in both countries militate against compromise. The international context surrounding the conflict in Nagorno-Karabakh has also shifted in ways that complicate efforts to peacefully address the underlying dispute. In particular, Turkey’s growing involvement in a conflict in which Russia has long been the dominant player risks both giving the protagonists—especially Azerbaijan—an incentive to keep fighting and opening up a new front in the Turkish-Russian rivalry that has already engulfed Syria, Libya, and to a lesser extent Ukraine.

A FROZEN CONFLICT HEATS UP

The origins of the Nagorno-Karabakh conflict can be traced back to the Kremlin’s decision to include the Armenian-majority region within Soviet Azerbaijan. When Moscow relaxed restrictions on popular mobilization in the late 1980s, ethnic Armenians began demanding Nagorno-Karabakh’s transfer to Armenia. Moscow refused, and when the Soviet Union collapsed a few years later, a full-scale war broke out between Armenia and Azerbaijan, leaving around 30,000 dead and over one million displaced. With Azerbaijan led by the pan-Turkic nationalist Abulfaz Elchibey for much of the conflict, Russian forces largely supported the Armenian side. A Russian-brokered cease-fire ended the war in May 1994, but not the underlying dispute: today, Nagorno-Karabakh and seven surrounding districts are under Armenian control, but Azerbaijan regards it as illegally occupied. Although Nagorno-Karabakh typically gets little attention in the West, it is perhaps the most dangerous flash point across post-Soviet Eurasia.

The current clashes broke out on September 27, with barrages of artillery and the deployment of heavy armor along the Line of Contact separating Armenian-controlled Nagorno-Karabakh from Azerbaijan proper. While each side blames the other for firing the first shot, local observers have reported for weeks that escalation seemed imminent. Both countries declared martial law and partially mobilized their reserves, suggesting an expectation of sustained conflict. Clips of this week’s fighting posted online show evidence of significant conflict involving artillery, armor, unmanned aerial vehicles (UAVs), and infantry forces. On Monday, Stepanakert, the capital of Nagorno-Karabakh, came under artillery fire.

Domestic political factors in both countries militate against compromise.

This week’s clashes are hardly the first since the 1994 cease-fire. Sporadic sniping across the Line of Contact is common. In April 2016, an Azerbaijani offensive recaptured several strategic high points, leaving around 200 dead. Although Moscow was able to convince the two governments to return to the cease-fire after a few days, the clash was a warning sign that the status quo—frozen in place since 1994—was in danger of unraveling. Fighting along the Line of Contact broke out again in July 2020, raising tensions and expectations of further conflict.

Unlike previous bouts of fighting, this one may result in significant changes to the status quo. Baku and Yerevan both face increasing pressure to resort to harsh measures. In Armenia, the government of Prime Minister Nikol Pashinyan—which came to power amid a popular uprising in 2018 that Russia largely opposed—is worried about what it sees as Moscow’s increasingly ambivalent support for maintaining the status quo. Despite some initial indications that he would be more open to a negotiated solution, Pashinyan has taken a harder line, including calling for Nagorno-Karabakh to be formally integrated into Armenia.

Nagorno-Karabakh is perhaps the most dangerous flash point across post-Soviet Eurasia.

In Azerbaijan, an economic downturn and frustration at the authoritarian rule of President Ilham Aliyev have fed popular discontent. As the losing side in the initial war, Baku has made public calls for the return of Nagorno-Karabakh to mobilize nationalist support but risks being outflanked by public opinion. During the fighting this summer, protesters stormed the parliament building in Baku demanding war with Yerevan.

The fighting so far has encompassed an Azerbaijani offensive against Fizuli and Jabrayil, two of the Armenian-occupied districts outside Nagorno-Karabakh whose relatively flat terrain facilitates offensive operations. The bulk of their Azeri-majority population fled during the 1990s war, and in recent years, Yerevan has started settling them with Armenians. While the overall population of the two districts remains low, a continued Azerbaijani offensive into Nagorno-Karabakh proper could result in significant refugee flows, possibly in the hundreds of thousands.

ON THE FRONTLINES OF EMPIRE

Unlike many other so-called frozen conflicts in the former Soviet Union, the Nagorno-Karabakh dispute is driven almost entirely by local actors. Russia remains the most important outside actor, but its ability to manage, much less control, the conflict is limited.

Russia maintains upward of 5,000 soldiers in Armenia, which most Armenians tolerate as a guarantee of their security. Although it has sided with Armenia throughout the conflict, Moscow has also cultivated relations with Azerbaijan and is the leading supplier of weapons to both sides. As Azerbaijan’s relations with the West have deteriorated in recent years amid declining interest in its oil and gas reserves and growing concern about Aliyev’s authoritarian rule, Russia has made additional inroads with Baku.

While Moscow does not call the shots on the ground, both sides understand that any resolution to the conflict can come only with Russian support. During previous rounds of fighting (including in July), Russian officials were instrumental in brokering a truce. Today, Russia has little interest in a wider conflict, which could force it to make difficult decisions about how far to take its commitments to Armenia and to devote additional resources to the South Caucasus at a time when it is already engaged on multiple other fronts.

Although Russia remains the most important power broker, another external power with historical ties to the region has increasingly sought to shape the outcome of the conflict. Turkey sided with Azerbaijan in the initial conflict in the 1990s, and the two countries share close ethnic and cultural ties. Commentators and officials—mostly Turks—describe the relationship as “one nation, two states.” Until recently, however, Turkey’s involvement in the dispute was relatively limited. But as Ankara has adopted a more assertive posture in the Middle East and eastern Mediterranean under President Recep Tayyip Erdogan, it has become more forthright in its support for Azerbaijan.

Over the past year, Turkey has sold Azerbaijan a wide range of weapons, including UAVs, missiles, and electronic warfare equipment. Once the fighting started in Nagorno-Karabakh, Turkey also offered Azerbaijan strong political support. Erdogan declared that Turkey would “remain by the side of our friend and brother Azerbaijan” and demanded that Armenia immediately return its “occupied territory.” Turkey’s main opposition parties joined Erdogan’s ruling Justice and Development Party in passing a resolution condemning Armenian actions. Turkey has also reportedly dispatched Syrian mercenaries to Azerbaijan, and Armenia claimed this week that a Turkish F-16 shot down one of its fighters (a claim Turkey rejects).

Turkey’s deepening involvement in Nagorno-Karabakh is a dangerous game. Within the South Caucasus, strong Turkish support could encourage Baku to take an uncompromising line and resist calls for a cease-fire that maintains some version of the status quo ante. Turkish involvement could also transform the conflict into an existential one in the eyes of the Armenian public, especially in light of the World War I–era massacres of Armenians by Ottoman forces.

Turkey’s deepening involvement in Nagorno-Karabakh is a dangerous game.

Russo-Turkish relations have thrived despite the two countries’ postimperial competition. But Turkey’s intervention in Nagorno-Karabakh is Ankara’s most overt challenge to Russian influence in the former Soviet Union, where Moscow is extremely protective of its claims to preeminence. Even if Russia remains committed to limiting the fighting between Armenia and Azerbaijan, the overlapping presence of Russian and Turkish forces in many other theaters gives Moscow multiple opportunities to escalate. Indeed, Turkey’s direct involvement in Nagorno-Karabakh raises the stakes not only in the South Caucasus but throughout the areas where Ankara and Moscow are at odds. Already, the two countries back opposing sides in the Libyan and Syrian conflicts, where their proxies have engaged in occasional clashes, and have incompatible ambitions in the Balkans and Ukraine. Ankara likely sees its involvement in Nagorno-Karabakh in part as a bargaining chip not only in the Caucasus but in its wider rivalry with Moscow. And the involvement of Turkish mercenaries from Syria, another theater where Russian and Turkish interests clash, suggests that this time the Nagorno-Karabakh conflict may not stay confined to the South Caucasus.

Renewed fighting in and around Nagorno-Karabakh was not unexpected. But the scale of the ongoing clashes, Turkey’s more prominent role, and the potential for the conflict to spill over into other contested regions have already raised the stakes considerably. For now, Russia is calling on all sides to de-escalate, seemingly caught off-guard by the extent of the fighting and Turkey’s role in it. Thanks in part to its recent success in building ties with Baku, Moscow remains reluctant to take sides or intervene directly. Russia is the only outside power in a position to force the sides to return to the negotiating table. Turkey’s intervention threatens Russia’s traditional mediator role, but Moscow still has considerable financial and political leverage to push for a stop to the fighting. It should do so, even if it will ultimately be up to the protagonists in Baku and Yerevan to step back from the brink.

The Sting in COVID-19’s Tail

For Poor Countries, What Comes Next Could Be Worse 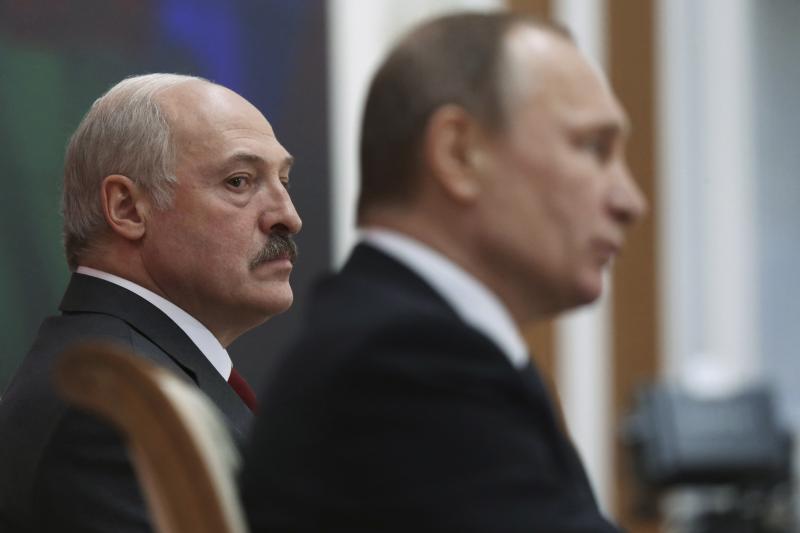 Will Belarus Be the Next Ukraine?

Why the Brewing Conflict Between Moscow and Minsk Is Bad News 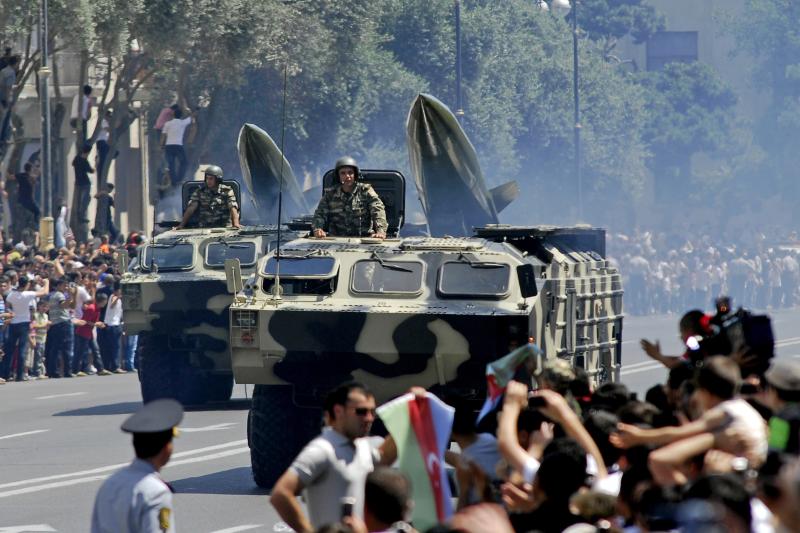 Why Russia Is the Biggest Winner