During his four years in office, U.S. President Donald Trump repeatedly promised to get the United States out of the nation-building business. Long-term U.S. efforts to reconstruct and stabilize postconflict societies, he argued, were misguided and doomed to fail. And for the most part, Trump delivered: he cut troop numbers in Iraq and Afghanistan, and he scaled back democracy-promotion funding by nearly $1 billion during his time in office.

But the Trump administration departed from its no-nation-building policy to pursue one long-shot effort—in Syria. The United States tried to use military force and financial pressure to compel Syrian President Bashar al-Assad to accept major constitutional reforms and a Kurdish autonomous zone in the country’s northeast. Under U.S. supervision, that region developed into a semistate with its own army, the Syrian Democratic Forces (SDF), and an entrenched bureaucracy—dominated by the Syrian Kurdish People’s Protection Units (YPG) and its political arm, the Democratic Union Party (PYD).

After six years and roughly $2.6 billion, this statelet is America’s baby, raised under U.S. military protection and shielded from hostile neighbors. Unable to support itself, the autonomous zone will remain dependent on U.S. resources for the foreseeable future. An open-ended commitment of this kind is not what the United States needs, however. Syria has never been a major U.S. national security issue, and American interests there have always been limited to preventing the conflict from threatening Washington’s more important concerns elsewhere. Current U.S. policy does little to accomplish that central goal. It has also not secured political reform in Damascus, restored stability to the country, and dealt with the remnants of the Islamic State, also known as ISIS. President Joe Biden would do well to change tack—withdrawing the hundreds of U.S. soldiers currently deployed to Syria and relying on Russia and Turkey to contain ISIS.

STUCK AT AN IMPASSE

Ostensibly, U.S. strategy in northeastern Syria is designed to mop up the last vestiges of ISIS, denying the group a safe haven from which to launch attacks. Although a years-long international military campaign largely destroyed the terrorist group, its remaining members still carry out sporadic low-level attacks in Syria and Iraq. American support for the SDF, and its Kurdish YPG core, is supposed to help these groups contain ISIS with minimal outside help and without the need for a full-scale U.S. deployment.

Although politically appealing, this strategy is deeply flawed. The United States’ Syrian Kurdish allies have exacerbated long-standing regional tensions between Arabs and Kurds. Among Arab communities in particular, there is widespread frustration over Kurdish political dominance—enabled by the United States—and Kurdish control of local oil fields. Arab residents have also protested the SDF’s alleged administrative corruption, heavy-handed counterterrorist operations, and conscription practices. For their part, Kurdish forces have carried out car bomb attacks against Arab towns under Turkish military control. In such an environment, fraught with ethnic tensions and tribal disputes, ISIS can operate with the tacit acceptance of local communities and recruit from their disaffected ranks. The United States will always confront this problem if its policies favor a Kurdish-dominated statelet in eastern Syria.

U.S. strategy has another, more fundamental defect: ISIS is not contained to the areas under U.S. and SDF control. The terrorist group also operates in a zone loosely controlled by the Syrian government and its allies, including Russia and Iran, that extends almost 200 miles west of the Euphrates River. If the goal is to prevent ISIS from reconstituting itself or using Syria as a launching pad for attacks elsewhere, then limiting U.S. deployments to the country’s eastern quarter doesn’t solve that problem. Nor does sanctioning the Assad government—repulsive though it is—since doing so only leaves Syrian government forces with fewer resources to fight the extremist group.

The Biden team should rely more heavily on Russia and Turkey.

The current U.S. approach also lacks an achievable endgame. Without U.S. diplomatic and military cover, the YPG and SDF would likely face a two- or three-front war against both Turkey and the Syrian government that would draw their fighters away from the battle against ISIS. To prevent that outcome, while still backing Kurdish forces, the United States will have to remain in eastern Syria indefinitely. If Russia, Turkey, Iran, or the Syrian government chooses to increase military pressure on U.S. forces or the nascent Kurdish statelet, the United States will be forced to throw ever more resources at the problem. Such was the case when Russian military units began harassing U.S. patrols in the summer of 2020—and the United States Central Command dispatched new lightly armored units as a deterrent. This dynamic is likely to get worse in the coming years.

RELYING ON RUSSIA AND TURKEY

Given these flaws in Trump’s Syria policy, the new administration needs a different approach—one that successfully contains ISIS without committing the U.S. military to another forever war. Instead of maintaining the current U.S. strategy, the Biden team, with its newfound emphasis on diplomacy, should rely more heavily on Russia and Turkey. Unpleasant as it sounds, acknowledging these two countries’ interests in Syria might produce better results.

Russia is a far from perfect partner, but its support for Assad makes it the right force to take over the counter-ISIS fight. Moscow is committed to ensuring the Syrian government’s survival, and a resurgent ISIS (potentially financed by Syrian oil fields seized from the SDF) would seriously threaten Assad. To capitalize on this narrow strip of common ground, the Biden administration should strike a deal that delegates to Moscow counter-ISIS missions on both sides of the Euphrates. This would inevitably require an increased Russian military footprint in eastern Syria, and the United States would need to negotiate a phased withdrawal of its forces and a timeline for a transition from U.S. to Russian control.

Handing off responsibility for counter-ISIS missions in eastern Syria, however, will not eliminate the need to prevent the terrorist group from using Syria as a base to attack U.S. allies or interests. To mitigate that threat, the United States must convince Turkey to secure its southern border. Much like Moscow, Ankara has clear incentives to cooperate; ISIS has launched terror attacks inside Turkey, too. Completely sealing off a nearly 600-mile-long border will be difficult, however, so Washington will have to provide Turkey with technological and intelligence support to monitor terrorist traffic. Such an effort will require intense cooperation, and the Turks were hard to deal with even before U.S. support for the YPG, which Turkey considers a terrorist group, helped tank relations. But cooperation will be easier once the United States is no longer directly assisting Kurdish forces. Turkey’s primary objective is to stop these groups from establishing an autonomous entity in Syria.

Biden must avoid surprising the United States’ Kurdish partners with this new strategy; his administration should inform them early about impending U.S. steps. The SDF and YPG have been good partners in the fight against ISIS, and the Russians would be wise to continue working with them under a new arrangement. Moscow has experience in this area: the Russians created, equipped, and currently oversee the “Fifth Corps” of pro-Damascus fighters that conduct missions around the country. In conjunction with the Syrian government, Moscow could create a new “Sixth Corps” composed of SDF members under Russian command.

Separately, the PYD and YPG will have to negotiate with Damascus over the political status of the territory they control. The PYD’s long-standing relationship with the Syrian government can facilitate this process. In 2012, the group struck a deal with Assad to take control of northeastern cities as the Syrian army withdrew, and its communities never endured government bombing campaigns such as those that targeted Homs, Aleppo, and suburban Damascus. Now, the YPG and PYD should build on this legacy to secure equal citizenship and property rights for their communities—protections long denied to many Syrian Kurds. Although such an arrangement won’t constitute full autonomy in a federal Syria, it would be a significant improvement over the prewar status quo.

Still, there will undoubtedly be howls of protest from U.S. politicians and analysts who insist that Washington owes the YPG and SDF much more. But despite valuable Kurdish assistance in the fight against ISIS, the United States does not owe these groups an indefinite military umbrella at substantial taxpayer expense. The United States’ national interest is to contain terrorist threats, not guarantee the shape of governance in eastern Syria.

Ultimately, the Biden administration needs to be realistic about the United States’ ability to extract political concessions in Syria. U.S. officials, myself included, long sought reforms from Assad’s government—with little success. For its part, the Trump administration tried using financial sanctions and control over Syria’s oil fields to compel Damascus to change its behavior. Assad hardly budged. Damascus excels at stringing along negotiations, and the UN talks in Geneva that Washington has pinned its hopes on are stalemated. For Assad and his clique, the conflict is a zero-sum game in which demands for reform or autonomy inevitably lead to instability, challenges to their control, or unwelcome calls for accountability. Thus, the regime fights on under the painful assumption that reform will shorten its lifespan. U.S. or SDF control of small northeastern oil fields won’t change that calculation.

Other analysts claim that a U.S. withdrawal would give Iran and Russia free rein in Syria. That argument ignores both countries’ decades-long political and military links with Damascus—ties that U.S. pressure is unlikely to weaken. Russia and Syria have maintained a close relationship since the Cold War, and Russian advisers operated in the country well before the current conflict began in 2011. Iran’s presence is similarly long-standing: when I was the U.S. ambassador in Syria ten years ago, U.S. diplomats shared an apartment building with Iran’s Islamic Revolutionary Guard Corps members. There have been Revolutionary Guard military facilities in Syria for almost 20 years. Occasional small U.S. patrols in eastern Syria won’t alter either of these bilateral relationships, and they won’t be able to block Iranian missile shipments into the country—something the Israeli air force is already doing effectively.

Biden could, of course, maintain the Trump administration’s strategy. But doing so would mean wasting billions of dollars while exacerbating intercommunal tensions and failing to contain ISIS. The United States has limited objectives in Syria that should cost Washington far less; whatever cash it wants to spend should go to the enormous refugee problem. Better to let Russia and Turkey secure their national interests by taking on the anti-ISIS burden. Ultimately, such bargains are the essence of diplomacy—working on specific problems, even with unsavory partners, to achieve limited but mutual goals. 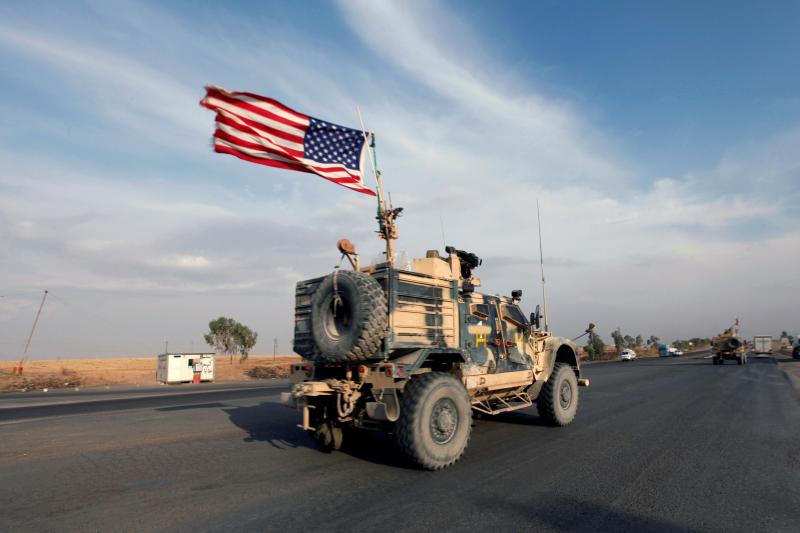 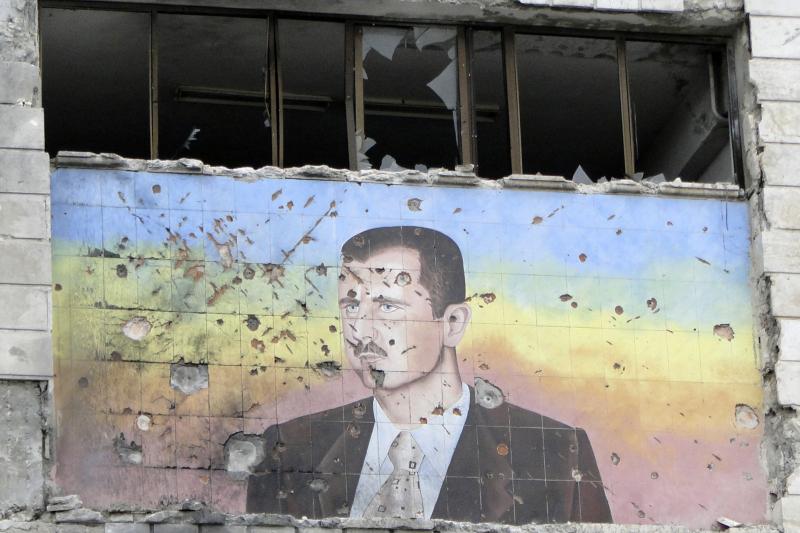 How U.S. Sanctions Can Crack the Syrian Regime