Hezbollah is unlikely to pick a fight with the United States by itself. The group has its own tensions with Israel to worry about, and huge domestic protests jeopardize its political grip on Lebanon. It also suffered heavy losses in Syria, where it fought hand-in-glove with Iran to prop up President Bashar al-Assad. But not wanting a war isn’t the same as being unwilling to fight one. Hezbollah has been preparing for this day for decades, building up military, terrorist, and cyber capabilities in Lebanon, the Middle East, and around the world in order to strike back at the United States and anyone else who might join a war against Iran and its allies. Now, because of its ideological commitment to and military interdependence with Iran, the group may have no choice but to enter a conflict with the United States.

Last week’s Iranian missile attack on two Iraqi bases that host U.S. forces was Tehran’s initial, symbolic, and overt response to Soleimani’s death. The full response will unfold in the coming months and years—and will likely feature Hezbollah in a starring role. Playing to its strengths and avoiding a direct conventional confrontation with the United States, the Quds Force and its Hezbollah partner may attempt to orchestrate a regional campaign of asymmetric attacks across the Middle East and possibly outside of it. Their goal will be to disrupt, threaten, and restrict the operations of U.S. soldiers, diplomats, and intelligence officers to the point that the benefits of their presence in the Middle East no longer outweigh the costs.

Since its founding by the Iranian Quds Force in the early 1980s, Hezbollah has forged and sought to balance two identities. The first is as a Lebanese actor, with a powerful military, political, religious, and socioeconomic apparatus capable of advancing its domestic goals and empowering its Shiite constituents. The second is as a proxy turned ally of Iran, loyal to its so-called axis of resistance, which includes the Syrian regime, Hamas, and various regional Shiite militias such as the PMF. But balancing both identities has been difficult. Over the decades, tensions among Iran, the United States, and Israel have periodically flared, and Hezbollah has found itself walking a narrow line, seeking to support Iran militarily without provoking a U.S. response that would threaten its achievements in Lebanon. In 2006, cross-border attacks between Hezbollah and Israel escalated into a devastating Israeli air and ground campaign in southern Lebanon and Beirut. Since then, the group has sought to avoid unnecessary hostilities with Israel. Instead, it has focused on deterrence by building up an arsenal of advanced missiles and issuing measured, proportional responses to Israeli strikes.

But the magnitude of the Soleimani strike—which killed both Hezbollah’s Iranian patron and the commander of the PMF, the group’s closest Iraqi ally—may necessitate retaliation. And dependence on Iran will not be the only impetus for such action. Hezbollah will likely feel the need to demonstrate resolve to its constituents and its adversaries. The group may already fear that the United States and Israel are gearing up to attack it, in which case it will likely seek to deter both countries by reminding them of its asymmetric capabilities.

A Hezbollah campaign against the United States could take many forms, but it will likely consist of a series of calculated acts of violence that escalate over time. The aim will be to constrain U.S. freedom of action and deter U.S. attacks on the scale of the Soleimani strike. Hezbollah could employ military, terrorist, intelligence, cyber, and information tools, and it could do so overtly or covertly across multiple domains, depending on its strategic messaging objectives or need for plausible deniability. The scope and severity of the attacks will be calibrated to the intensity of the perceived threat from the United States and Israel, and the targets will be surprising but logical in hindsight.

Hezbollah’s new aim will be to constrain U.S. freedom of action and deter U.S. attacks.

Such attacks are likely to begin on Hezbollah’s home turf in Lebanon, where the most logical target would be the U.S. military presence. Scores of U.S. troops are deployed to multiple bases across the country to train and assist the Lebanese Armed Forces. Instead of attacking these forces directly and risking a devastating response, Hezbollah could use deniable rocket fire to disrupt U.S. air operations, and IEDs—which it could blame on Sunni militants—to restrict U.S. movements on the ground. In addition, it could use cyber and electronic attacks to jam U.S. communications and expose the identities of U.S. intelligence officials and their Lebanese sources. Then, using propaganda and disinformation on social media, it could mobilize swarms of “spontaneous” protestors to keep U.S. diplomats and intelligence officers confined to their compounds. Hezbollah could also attempt to kidnap or assassinate U.S officials, but unless tensions escalate dramatically, it will likely hold these options in reserve for the short term.

In addition to effectively neutralizing the United States in Lebanon, Hezbollah might begin to attack U.S. interests across the Middle East. Farther away from its constituents and core interests, the group will be more willing to take aggressive military action. Working together with the Quds Force, Hezbollah will seek to demonstrate the reach of the axis of resistance and to overextend U.S. forces. The group has fighters in Syria, Iraq, and Yemen that it can call on to carry out similar deniable attacks against U.S. forces and installations. It can also work with other members of the axis, such as the Iraqi PMF, the Houthis in Yemen, and thousands of loyal Syrian, Afghan, and Pakistani Shiite fighters, to conduct more overt attacks. These fighters have experience on the battlefield and growing weapons arsenals. They are also loyal to the Iranian and Hezbollah commanders who trained and equipped them—and will be willing to fight and die for the axis after Soleimani’s martyrdom. Through a steady campaign of attacks on U.S. facilities, communications, and—especially if tensions escalate—personnel, these allied Shiite forces will make it increasingly difficult for the United States to operate across much of the Middle East.

Hezbollah doesn’t want a confrontation with Israel, but it stands ready for one nonetheless.

Hezbollah, of course, holds another regional card to play: the threat it poses to the United States’ closest regional ally, Israel. As Iran’s forward defense in the Levant, the group is trained, organized, and armed primarily for conflict with Israel, whether a direct one such as the 2006 war or a regional one between Iran and Israel in which Lebanon becomes a main front. Hezbollah almost certainly doesn’t want a confrontation with Israel, particularly with U.S.-Iranian tensions on the rise, but it stands ready for one nonetheless. The group has a formidable precision missile and drone arsenal capable of striking not only Israeli targets but also U.S. facilities in Israel, as well as U.S. Navy ships operating in the Mediterranean. Short of this dire and—unless all-out war erupts between the United States and Iran—unlikely scenario, Hezbollah could leverage its deep ties to Palestinian militants such as Palestinian Islamic Jihad and Hamas for smaller-scale but still deadly attacks inside Israel.

Hezbollah could also elect to retaliate outside of the Middle East, likely with a terrorist attack. The group’s terrorist arm, the External Security Organization (ESO), maintains perhaps dozens of cells across five continents. Hezbollah built this organization patiently, over decades, with Iranian support, in anticipation of a day like today, when the Iranian or Hezbollah leadership would have a sudden need to retaliate or demonstrate their ability to fight on a global battlefield at the time and place of their choosing. As the U.S. intelligence community assessed last year, Hezbollah “most likely maintains the capability to execute a range of attack options against U.S. interests worldwide.”

Hezbollah and Iran may have already concluded that Soleimani’s killing justifies a spectacular, deadly, and quasi-deniable terrorist response. They calculated as much in 1992 when, in retaliation for an Israeli attack on then Hezbollah leader Abbas Musawi, the group drove a truck bomb into the Israeli Embassy in Buenos Aires, Argentina, killing 29 people and wounding hundreds. Hezbollah and Iran could also decide to hold these global assets in reserve for the dire contingency of an all-out war. Either way, the ESO will likely bide its time while the United States is on heightened alert and search for vulnerable U.S. facilities in countries outside the Middle East where local security forces are weak and where groups like the Islamic State or al Qaeda can be blamed for an attack. If tensions continue to escalate, the ESO may attempt to strike directly at the U.S. homeland, where it is known to maintain operatives.

A campaign of retaliatory strikes against the United States, either in the Middle East or elsewhere, would come with risks for Hezbollah. The United States and its allies are on heightened alert after the Soleimani strike, and they may detect and thwart any operation the group attempts. Hezbollah and Iran’s other partners and proxies in the axis also probably fear U.S. retaliation and may seek to lay low in the immediate term, despite Iran’s desire for vengeance. Hezbollah may be especially motivated to do so because hundreds of thousands of Lebanese citizens are currently protesting their government and Hezbollah’s role within it as the country’s economy disintegrates. Provoking a destructive war with the United States right now could eviscerate public support for the group’s political wing.

Hezbollah now faces an unpredictable adversary in the United States. Nasrallah’s strategic calculus and military decision-making process have been honed through decades of conflict with Israel. Since the 2006 war, Israel and Hezbollah have developed a shared understanding of proportionality, and a system for managing escalation through periodic but consistent testing on the battlefield. As a result, they understand each other’s redlines, the consequences for crossing them, and how to calibrate responses that allow both sides to declare victory and go home. Hezbollah has no way to know whether the administration of U.S. President Donald Trump will adhere to these informal rules of the game, and a miscalculation about U.S. willingness to absorb attacks could lead to a rapid escalation that threatens the group’s interests in Lebanon. If Trump has proved anything by killing Soleimani it’s that unlike his predecessors he is willing to use lethal force against Iranian and axis of resistance leaders. But the U.S. president must also be ready for the retaliation that will inevitably follow: the “coffins of American soldiers,” as Nasrallah threatened in his January 5 speech, and, quite possibly, the coffins of American diplomats, intelligence officers, and ordinary citizens as well. 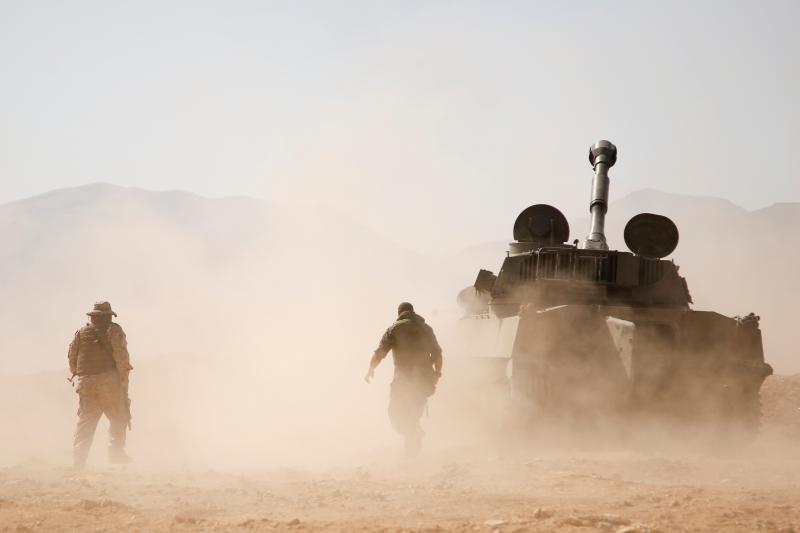 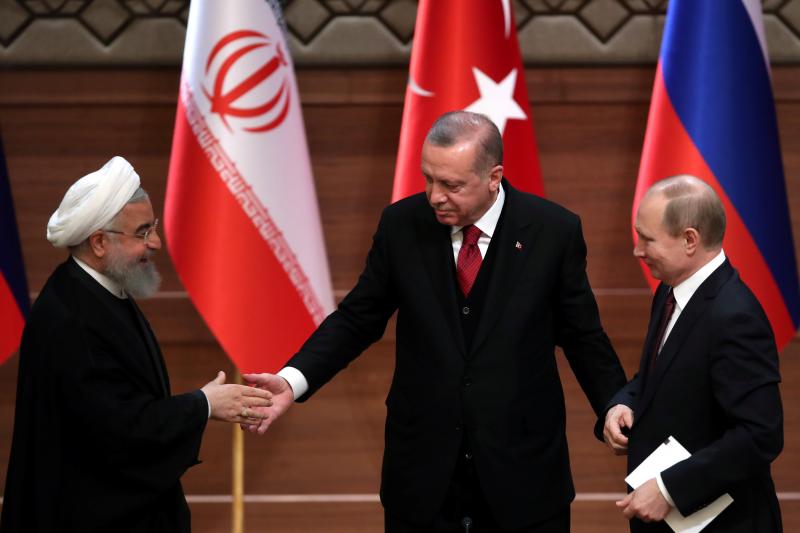