U.S. President Donald Trump has steered Middle East policy into a quandary. He has made clear since assuming office that his goal is to reduce the U.S. presence in the region, but his policies have not engendered the stability that would make such a withdrawal feasible. Rather, Washington has sought with singular focus to replace the 2015 Iran nuclear deal with one that would also curtail Tehran’s missile program and regional activities. And the pursuit of such an agreement as the nub of the United States’ Middle East policy has served only to destabilize the region and to put U.S. interests there at risk.

Trump has relied on a “maximum pressure” campaign that strangles Iran’s economy in order to bend its leaders’ will. But rather than capitulate, Iran has reduced its compliance with the 2015 nuclear deal, shot down an American drone, brazenly assailed tankers and oil facilities in the Persian Gulf, and attacked U.S. interests in Iraq. The United States retaliated with a strike that killed General Qasem Soleimani, the commander of the Quds Force of Iran’s Islamic Revolutionary Guard Corp, on January 3. A crisis ensued, making it clear that Trump had miscalculated if he imagined that maximum pressure would be easy and cost free. Iran, too, has the capability to deter attacks on its interests—and Trump’s policy risks a war that the United States does not need or want.

Containing Iran was once central to Washington’s approach to security in the Middle East. Today, that objective is neither prudent nor sustainable. It vies with other U.S. priorities, such as competing with China and Russia, and it has failed to yield lasting stability in the region. Nor can containment count on unwavering domestic support: public restlessness with open-ended commitments in the Middle East once prompted Trump to promise to end them. The United States should rethink its approach to the Middle East. Instead of trying to contain Iran, Washington should invest in forging a regional order that will reduce tensions and encourage stability.

Even if the Trump administration were to succeed in striking a new nuclear deal with Iran, the region would likely be little more stable for it. Rather, Trump would come to see that a nuclear deal is an arms control agreement. As such, it can address one major international concern, but it cannot ultimately resolve the Middle East’s broader security issues or change Iran’s strategic calculus.

In today’s Middle East, Iran, Israel, Saudi Arabia, Turkey, and all of their respective allies are entangled in zero-sum competitions. The scramble for primacy is growing more intense, fueling a dangerous arms race in everything from conventional weapons, missiles, and militias to cyber-armies and advanced technological weapons. A new nuclear deal alone will not end this competition, set the region on a different course, or alter Iran’s perception of its security. But by removing one urgent threat from the scene and opening a door to diplomacy with Iran, a deal could allow the United States to reduce its presence in the region. That prospect makes a viable regional order all the more necessary.

U.S. policy has long started from the assumption that to address the region’s dangerous spiral into insecurity the United States must address Iran’s destabilizing behavior. To wit, Iran is a revisionist power. It sees the current regional order as one that excludes it, and so it directs its energies at defying that exclusion. Its behavior will change only if it finds a place in that order, which would start with the recognition by external actors that Iran—like Israel, Saudi Arabia, and Turkey—has legitimate interests in developments in the Arab world. Former U.S. President Barack Obama once told Arab critics of the 2015 nuclear deal that Iran and Saudi Arabia should “find an effective way to share the neighborhood and institute some sort of cold peace.” At the time, Arab leaders dismissed Obama’s counsel, but it now sounds prescient.

Building a new regional order will be difficult. Deep distrust divides Iran from its Arab neighbors. But the Middle East now faces pressures that should lead its players to take the prospect seriously: the United States’ long-term commitment to the region is in doubt, tensions between Iran and the United States have reached a standoff, and threats loom.

Iran’s chief rival, Saudi Arabia, stands opposed to including Iran in a regional order. Riyadh has long insisted that Iran has no legitimate interest—and hence no business—in the Arab Middle East. It holds the same view of Turkey. Tehran rejects this exclusion. And these days, fissures running through the Arab bloc that the Saudi worldview envisions belie the kingdom’s assumptions.

The Gulf Cooperation Council (GCC), which Saudi Arabia leads as the regional bulwark against Iran, is now deeply divided in its view of the region’s security. Under Saudi tutelage, multiple Middle Eastern countries have blockaded Qatar since 2017, in part because of Doha’s perceived closeness with Tehran. As a result, Qatar sees Iran as a necessary counterweight to Saudi Arabia and Turkey as the counterweight to them both. Kuwait and Oman share Qatar’s worries about Saudi Arabia’s heavy-handed role in the region and now advocate engaging with Iran as a hedge against Saudi hegemony. Hence the United States will have trouble unifying the GCC against Iran, let alone expanding it into an “Arab NATO” by adding Egypt and Jordan, as Washington has said it intends to do. Rather than bolster an Arab bloc, the United States should embrace a definition of the Middle East that does not exclude Iran and Turkey.

Iran sees opportunity in Arab discord. Having exposed the limits of the United States’ commitment to the Middle East and demonstrated its own ability to destabilize the region, Tehran now offers a diplomatic initiative to reduce tensions through collective security measures. Iran has suggested that the United Nations take the lead, using the Security Council resolution that marked the end of Iran-Iraq War as a framework and working with regional governments to come up with a mutually agreeable plan.

Iranian President Hassan Rouhani has been making such overtures for several months now. In September, he announced a plan that he called the Hormuz Peace Endeavor as a first step toward collective security for the Persian Gulf, and he sent official letters to the leaders of Persian Gulf countries, inviting them to support the initiative. He also offered nonaggression pacts to Persian Gulf monarchies and gave Yemen’s Houthis the green light to conduct peace talks with Saudi Arabia.

Russian President Vladimir Putin sees a similar opportunity to shape the Middle East’s security architecture. Keen to expand Russia’s footprint in the Middle East and fill the diplomatic vacuum left by the United States, Putin has offered to broker regional talks culminating in a security agreement. Iran already participates in such Russian-led arrangements for the Caucasus and Central Asia. As the only outside power with warm relations with all the Persian Gulf states, Russia can serve as the diplomatic go-between for Iran and its Arab neighbors, thereby institutionalizing Russia’s role in the region—something Putin has long wanted to do.

Regional actors have already taken tentative steps on their own toward building trust and resolving conflicts. Senior Emirati and Iranian security officials began talks last summer with the aim of reducing tensions. Kuwait is mediating between Qatar and Saudi Arabia, and Oman is facilitating talks between Saudi Arabia and the Houthis. These steps are modest, but they still represent progress compared to a year ago, when there were no regional diplomatic efforts to resolve any of these conflicts.

A regional security arrangement for the Middle East is still a long way off. But in the short run, even before negotiations for such an agreement can begin in earnest, the region stands to gain a great deal from confidence-building measures and talks, whether formal or informal, bilateral or multilateral. As a basis for collective security, Middle Eastern states are unlikely to coalesce around a common threat, but they could agree on some principles. The principle to start with, as the emir of Kuwait has suggested, should be nonaggression and noninterference in one another’s internal affairs. Every regional government sees outside aggression and political interference as national security threats—even Iran, which has accused external actors of provoking the protests that recently rocked the country.

From agreement on shared principles, the region’s governments could build toward agreements on matters of shared interest, such as the management of environmental crises, economic cooperation, people-to-people ties, and maritime and energy security. Through bilateral and multilateral pacts, the region’s parties could lay out the means for resolving disputes, set the boundaries to which all states must adhere in the name of collective security, and establish institutions that would put these new mechanisms into practice.

Washington may be skeptical, with some reason, about the prospects for collective security in the Middle East. But it should not stand in the way of the ambition. Rather, as tensions rise and the United States’ commitment wavers, Washington should encourage the region to act like its counterparts elsewhere in the world and work to improve regional security on its own. And rather than seek to endorse any specific outcome, the United States should recognize the benefits of the process. Surely, the United States would welcome nonaggression pacts and promises of noninterference among Iran and its neighbors. If Iran were to follow through on such commitments, the United States’ security burden in the region would not disappear, but it would lessen.

That Iran and its neighbors can reach and honor such agreements is not unfathomable. In 1995, Iran and Saudi Arabia hammered out a bilateral security accord covering economic cooperation and regional security, among other issues. That agreement improved Persian Gulf security for ten years. In 2015, Iran signed the nuclear deal with six world powers. Many in the foreign policy establishment in Washington cautioned that Iran would not comply with its terms. But Iran did abide by the deal, and it was only in 2019, two years after the United States had withdrawn from the accord, that Iran started to back away from full compliance.

If the Persian Gulf countries do make progress toward their collective security, the United States should not see those improvements as an excuse to withdraw from the region. To the contrary: a more stable region will demand less of the United States, making its commitment more sustainable. The United States should continue to backstop the security of its allies, thereby sustaining the region’s balance of power and building its actors’ confidence in the pursuit of regional security arrangements.

For a successful example of just such a process, U.S. leaders need look no further than the Organization for Security and Cooperation in Europe. That organization began with low-level contacts and confidence-building measures among European nations that spanned an ideological divide. Over time, these modest efforts evolved into bilateral and multilateral negotiations, then broad-based agreements on discrete issues, and then finally, a fully fledged European security institution. The Middle East can only benefit from trying a similar process.

Obama understood that if the United States wished to do less in the Middle East, it had to encourage regional actors to cooperate and invest in shared security. The wisdom of that vision is now undeniable. Policymakers would do well to recognize the need for such an effort and to support it. The alternative is greater chaos and endless war. 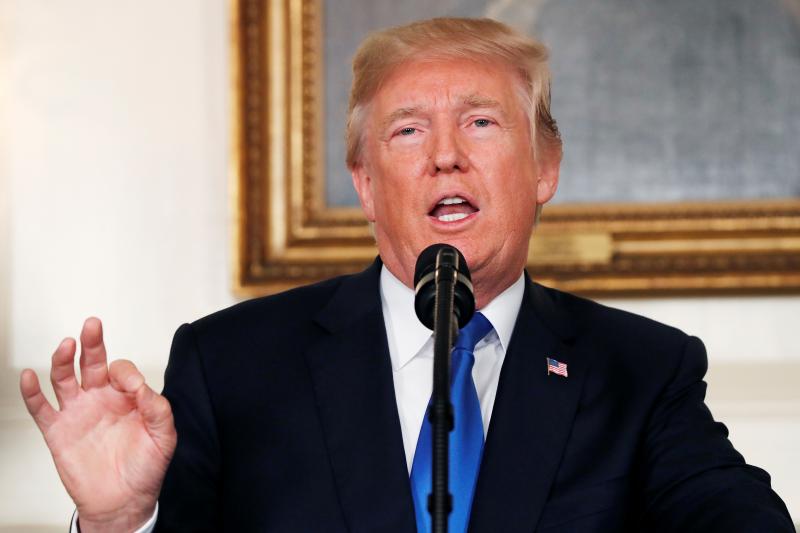