By Karen Donfried and Wolfgang Ischinger

As if anyone needed another reminder of fraying transatlantic ties, the novel coronavirus pandemic has made abundantly clear just how bad relations between the United States and Europe have become. After years of mutual grievance—over defense spending, trade, and much more—divergent national responses to this latest crisis have brought new sources of tension and complaint. In the face of medical-supply shortages, both the United States and Europe have turned inward. Washington ordered the 3M company to halt its exports of N95 masks and to reroute its overseas production to the United States as part of a broader effort to meet domestic demand, loosening restrictions only in the face of a vocal backlash. The European Union banned the export of face shields, gloves, masks, and protective garments for the same reason. These beggar-thy-neighbor policies threaten to make the virus’s toll even worse. U.S. President Donald Trump’s unilateral transatlantic travel ban also sparked anger among European leaders, who lamented the United States’ failure to consult with them first.

Yet the pandemic should make another reality equally clear: transatlantic cooperation is essential to finding effective solutions to shared challenges—for the United States and Europe, and for the world. Accordingly, even as the pandemic has spawned the latest round of transatlantic grievance, it can—and should—also provide countries a needed spur to move beyond ongoing disputes and focus on a new transatlantic project: forging cooperative responses to the pandemic. Crisis brings opportunity, to both develop more effective policies and build a renewed sense of transatlantic solidarity that can last through this emergency and beyond.

The first step the United States and the European Union should take is to lift all export bans and tariffs on medical equipment. In March, roughly three dozen countries restricted exports of critical products such as hospital masks, medical protective clothing, and other personal protective gear. Europe is the main source of U.S. imports of breathing masks, CT scanners, hand sanitizers, patient monitors, and x-ray equipment. Any protectionist impulse to limit such trade is self-defeating and threatens lives on both sides of the Atlantic.

These trade barriers have also damaged existing alliances. During the early stages of the coronavirus outbreak, France and Germany blocked the export of needed medical equipment to other EU members, despite the fact that the EU is supposed to be a single market. Only after pressure from Swedish officials did the French government lift its export restrictions on masks and rubber gloves (a Swedish company was trying to send these products to Italy and Spain from a storage center in France). Sweden’s foreign minister, Ann Linde, reminded her EU counterparts in a tweet about the importance of showing “that the internal market works even in times of crisis.” Meanwhile, the United States was slow to offer any help to its counterparts, including Italy, its hardest-hit European ally.

This harsh reality created an opening that Russia and China rushed to exploit. On March 22, just 24 hours after speaking to Italian Prime Minister Giuseppe Conte, Russian President Vladimir Putin sent nine planes loaded with medical supplies to Italy. Russia’s aid has been controversial—some reports claim that most of the equipment was of little or no use—but Italians, feeling abandoned by their traditional allies, embraced the help. China was even quicker to respond to Italy’s situation, shipping specialized medical staff, gloves, masks, and ventilators. Luigi Di Maio, the Italian foreign minister, praised the effort, rejoicing that “there are people in the world who want to help Italy.” Other countries, including the Czech Republic, France, Greece, and Spain, also expressed appreciation for Chinese help. In April, the EU began to mobilize, announcing significant financial, economic, and medical support programs, but considerable damage to European cohesion had already been done.

Americans and Europeans have championed an open trading system since the end of World War II; the coronavirus should not be allowed to undo it by exacerbating already existing transatlantic trade tensions. The pandemic should instead be a moment for the transatlantic community to reaffirm and recommit to shared principles of serving citizens and allies—whether it means getting health-care workers the protective equipment they need or helping the sick to recover. Lifting these harmful bans and tariffs would make good policy and good geopolitics.

The United States and Europe should also use the virus as an opportunity to broaden their definitions of national and international security to include public health. COVID-19 (the disease caused by the novel coronavirus) has made crystal clear that a germ can kill as easily as a bullet.

To that end, the United States and Europe should expand NATO’s capacity. The organization has already proved vital during the current pandemic, delivering urgent medical equipment and using its military transport capacities for relief efforts. But given the collective need for medical supplies that has arisen during the COVID-19 crisis, NATO should provide further assistance by creating public health stockpiles. If NATO can stockpile military equipment, it can also stockpile medical equipment on a collective basis, with the guarantee that all partners will make those medical necessities available to others when the need arises.

NATO has already proved vital during the current pandemic.

This shift would not only permit greater cooperation where it is sorely needed but also alleviate fissures in the transatlantic security alliance. The scramble for medical equipment among NATO members is deeply damaging cohesion. French and German officials, for example, complained about being outbid for supplies by U.S. buyers. And earlier this month, Berlin accused the United States of seizing its shipment of 200,000 masks in Thailand. Berlin’s interior minister, Andreas Geisel, called this “an act of modern piracy.” (Geisel later backtracked on his claim, but the bitterness was already clear.)

Mandating NATO to stockpile medical supplies would also reaffirm that the organization is relevant to twenty-first-century threats. Over the past decade, public enthusiasm for the alliance has fallen. According to Pew Research Center data, favorable views of NATO have dropped 16 percentage points in Germany—from 73 percent in 2009 to 57 percent in 2019—and 22 percentage points in France—from 71 percent in 2009 to 49 percent in 2019. Expanding NATO’s stockpiles to include personal protective equipment and other medical supplies would allow the organization to step up its assistance during a pandemic, and it would make clear that the alliance stands ready to protect its members from today’s most immediate existential threats, whether from an aggressive Russia, an unstable Middle East, or a pandemic.

Finally, Americans and Europeans should respond to future international pandemics by creating a shared system of global medical surveillance. When transatlantic allies detect a disease outbreak trending toward an epidemic at the local or national level, they must be prepared to send rapid-response medical teams to assess the extent of the threat and the response needed. This policy must be based on an agreed transatlantic pandemic strategy that defines what constitutes a pandemic, explains protocols for early containment and mitigation, and details how to manage the outbreak collectively if it spreads globally. This medical surveillance should be followed up by joint efforts to help other countries contain future outbreaks, and it should be designed as the nucleus of a more effective global system operated by the World Health Organization. The WHO currently lacks the power and the resources to operate such a system, and Trump’s recent decision to suspend the WHO’s funding will only make matters worse. The United States and Europe should instead strive to strengthen the role of the WHO through initiatives such as a comprehensive global “responsibility to report”—an early-warning commitment made not only by national governments but also by regional health authorities, research labs, and companies to report outbreaks of epidemic diseases.

As the coronavirus crisis has spread, citizens have stepped up. When the British government sought volunteers to help the National Health Service fight COVID-19, more than 750,000 people signed up within four days, marking the largest surge of volunteers since World War II. Billionaires are also answering the call: the Twitter CEO Jack Dorsey has pledged $1 billion to pandemic relief. But none of this can make up for the void left by governments.

Now is the moment for the United States to draw on its immense global leadership potential. The United States, together with its closest allies in Europe, can form the core of a worldwide response to the pandemic and push others to work together, as well.

Citizens on both sides of the Atlantic increasingly recognize that they need more, rather than less, international cooperation. Citizens expect their governments to protect them, and many feel that their leaders have failed them during the current pandemic. The United States government and its European counterparts urgently need to work together to tackle the coronavirus. These proposed initiatives are one way to express transatlantic solidarity when, as now, allies are in serious need. They are also a mechanism for ensuring that the world does not face a recurrence of COVID-19 and that allies will not fight the next pandemic alone. 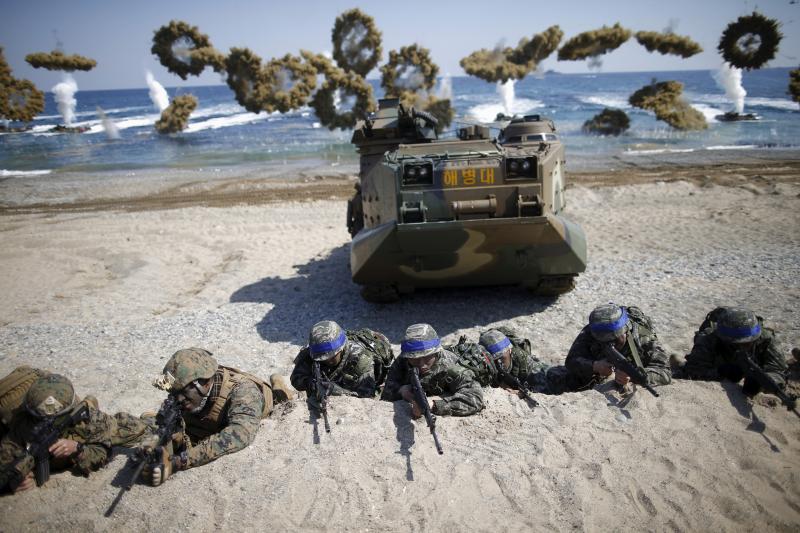 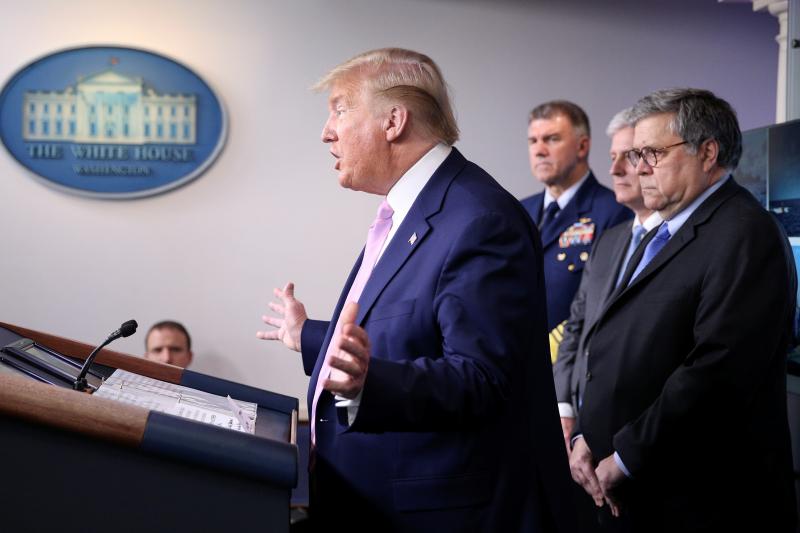 “America First” Is a Dangerous Fantasy in a Pandemic

Foreign Aid and Global Leadership Will Be Integral to Any Solution