With thousands of Americans dying each day from COVID-19, the catastrophic scale of the U.S. government’s failure has become increasingly apparent. As with the assault on Pearl Harbor and the 9/11 attacks, the United States has been left essentially undefended. The results have been staggering. In under three months, the United States has suffered as many fatalities from COVID-19 as it did during 18 years of combat in Vietnam. Every two days, the United States loses around the same number of people as it did in the 9/11 attacks. Realistic estimates project that the number of pandemic deaths will far exceed the number of U.S. combat deaths during the wars in Korea and Vietnam combined.

The federal government has failed in its fundamental constitutional duty: to “provide for the common defense.” Despite extensive planning by presidential administrations of both parties, when a pandemic finally hit, authorities at all levels were poorly organized and ill prepared. In the absence of clearly defined international, federal, state, and local roles, officials have improvised tactics in search of a strategy, all too often conflicting with one another.

The failures to contain the pandemic and then to implement universal testing have left the nation profoundly ignorant of the pathogen’s progress. Governors around the country have been forced to order Americans to stay at home, effectively placing the U.S. economy in a self-induced coma with no realistic prospect of recovering in the near term. The United States is thus simultaneously facing its gravest public health threat since the 1918 influenza pandemic and its deepest economic contraction since the Great Depression. Meanwhile, the richest, most powerful society in human history has been confronted with images of its medical professionals wearing garbage bags while they work because they have run out of basic, inexpensive protective gear and of families forced to say the loneliest of goodbyes over mobile phones and computer screens.

Americans have the right to find out what went wrong and how to avoid another such calamity. History suggests that the best way to gain that understanding would be to establish an independent commission to examine the pandemic’s spread and the official response in the United States and other countries and then to recommend steps that governments, the private sector, and individuals in the United States and elsewhere should take to avoid disaster the next time an outbreak occurs.

LESSONS FROM THE 9/11 COMMISSION

Perhaps the most successful commission-led inquiry into government failure in the United States was the National Commission on Terrorist Attacks Upon the United States, generally known as the 9/11 Commission. As senior counsel to the commission, I was assigned to lead a team that reconstructed the timeline of events that occurred on 9/11 and evaluated the adequacy of the country’s emergency response and preparedness.

The 9/11 Commission was structured to be bipartisan, with five Democratic and five Republican commissioners. Thanks to strong guidance from co-chairs Thomas Kean and Lee Hamilton, its report was nonpartisan, reciting the underlying facts in clear, compelling prose stripped of value-based judgments and issuing recommendations that were for the most part grounded in its fact-finding. As it conducted its work, the commission was careful not to interfere with the government’s ongoing struggle with transnational terrorism. The report was written to be read and absorbed by the general public. Its conclusions were the product of consensus, and the commissioners adopted the final report unanimously.

For a COVID-19 commission to succeed, those qualities would be necessary but not sufficient. The current situation differs in important ways from the 9/11 crisis. The 9/11 Commission had the relative luxury of convening after the immediate emergency had ended. The COVID-19 crisis, by contrast, is taking thousands of lives every day and is likely to persist for months, if not years. The country and the world cannot afford to wait for the death toll to ebb or for the frontline responders’ burdens to ease before engaging experts to take a longer view.

The country and the world cannot afford to wait for the death toll to ebb or for the frontline responders’ burdens to ease before engaging experts to take a longer view.

The 9/11 Commission was also the product of a time when bipartisanship, although difficult to achieve, remained possible. In 2002–4, the period when the commission was set up and carried out its work, Congress was polarized but remained capable of acting as a unified body in the public interest. Few believe that today’s Congress is capable of such resolve or that U.S. President Donald Trump would willingly subject his administration to official scrutiny.  A fully constituted investigatory commission with robust funding and the power to compel testimony and gather evidence should eventually be formed; legislation was recently introduced in the U.S. Senate that would create something along those lines—a welcome first step.

But no one should hold their breath. Until Congress takes action, academic institutions and the private sector must take the lead in establishing an independent commission to investigate the deficiencies of the national and global response, the current state of the infrastructure and the equipment needed to respond to this and future pandemics, and the critical question of how to restart the economy without jeopardizing public health. The commission should be a partnership among established, respected research institutions, with funding from private philanthropists and major foundations. It should involve top scholars and specialists with expertise in subjects as wide-ranging as zoonotic disease transmission, the legal structure of emergency response, and the development of testing, quarantine, and contact-tracing protocols. Unlike prior commissions, a COVID-19 commission should be transnational in composition, mirroring the disease’s disregard for political boundaries. The inclusion of institutions and experts from all over the world will allow for the efficient distillation and dissemination of best practices.

There is precedent for such an essentially private undertaking. In the wake of the deadlocked 2000 U.S. presidential election, the National Commission on Federal Election Reform was established and funded by a number of major foundations. The commission was co-chaired by former Presidents Gerald Ford and Jimmy Carter, and the University of Virginia’s Miller Center served as its anchor institution. The bipartisan commission drew on the work of respected experts in formulating and advancing significant federal election reforms.

Similarly, a COVID-19 commission should be composed of teams of experts whose missions correspond to the phases of the pandemic and the recovery. For example, one set of teams would focus on issues of global import, such as the origins and nature of COVID-19, the reasons why the virus was not contained after its initial outbreak in China, the differences in various countries’ abilities to test for the virus at an early stage and to cope with its spread, and the performance of the World Health Organization.

Ideally, the teams' findings should be forward-looking, leaving the assessment of blame and finger-pointing to the partisans.

Another set of teams would focus on the United States’ response, examining how the virus entered the country, the adequacy of prior planning for pandemics (including that of the George W. Bush and Obama administrations), and the delays in testing and disease surveillance. The teams would also consider the fitness of state-centered, bureaucratic models of emergency response to address threats that do not conform to political boundaries; whether the U.S. manufacturing base is up to the task of producing treatments, tests, and personal protective equipment in the event of an existential public health threat; and whether U.S. hospitals have adequate surge capacity. Most important, the U.S.-focused teams would study the issue of how to relax the restrictions on social and economic activity that states have imposed in the past two months without jeopardizing public health.

The overarching goal of the teams’ work should not necessarily be to produce a comprehensive report like the one released by the 9/11 Commission; rather, the teams’ guidance on each discrete topic should be issued as soon as it is ready. Ideally, their findings should be forward-looking to the extent possible, leaving the assessment of blame and finger-pointing to the partisans, and should be nonpartisan in both tone and substance.

The existence of the commission outside of government would, of course, limit its potential reach; it would lack the subpoena power that the 9/11 Commission found necessary to exercise in order to reconstruct essential details of the emergency response. But that separation from government would enable a private COVID-19 commission to organize and act in real time and may well serve to enhance the commission’s credibility with the public as a nonpartisan venture. To the extent, moreover, that its inquiries might be stymied by the lack of subpoena power, its work would lay bare the gaps in knowledge that would build a public case for the creation, if necessary, of a fully constituted investigative body with the legal authority to compel testimony and obtain official documents.

THE FIRE NEXT TIME

When catastrophe strikes, it is always tempting to see it as a one-off occurrence and to warn against overlearning the lessons of the last one. In this view, the steps the United States took to combat terrorism after the 9/11 attacks and to prevent catastrophic damage from major storms in the wake of Hurricane Katrina proved to be of little value when a global pandemic emerged.

It is true that all crises lead to different consequences. Issues of preparedness and response, however, can bear remarkably similar characteristics from crisis to crisis. The current lack of testing capacity in the United States and the country’s depleted stockpiles of medical and personal protective equipment are reminiscent of the reduction in U.S. air defense capability in the years leading to 9/11. The State Department’s shipping of ventilators abroad, when they were urgently needed at home by the Centers for Disease Control and Prevention, is an example of the danger of bureaucratic silos akin to the failure of the State Department to advise the Federal Aviation Authority prior to the 9/11 attacks that certain people should be on a “no-fly” list. The heart-rending stories of overwhelmed intensive care units in New York City hospitals recall the tales of patients abandoned to die during the aftermath of Katrina. And although it is easy to overstate the significance of shifting chairs around the bureaucratic table, the Trump administration’s 2018 disbanding of a National Security Council desk devoted to coordinating pandemic response may have reflected a reordering of priorities not unlike the one that led the Bush administration to demote the NSC’s counterterrorism coordinator prior to 9/11.

A privately constituted COVID-19 commission that pursued its mission as expeditiously and objectively as possible would explore such shortcomings and offer recommendations on how to avoid them in the future. It would see beyond the noise of the moment and suggest better ways for various levels of government to interact. It would contribute an informed perspective on crucial decisions, such as when to relax stay-at-home orders and how to restart the economy. In short, it would offer a road map to assist the U.S. government in fulfilling its fundamental duty under the U.S. Constitution: restoring “domestic tranquility” and providing for the common defense that has been so tragically lacking during this time of grave peril.

The Right Way to Split China and Russia 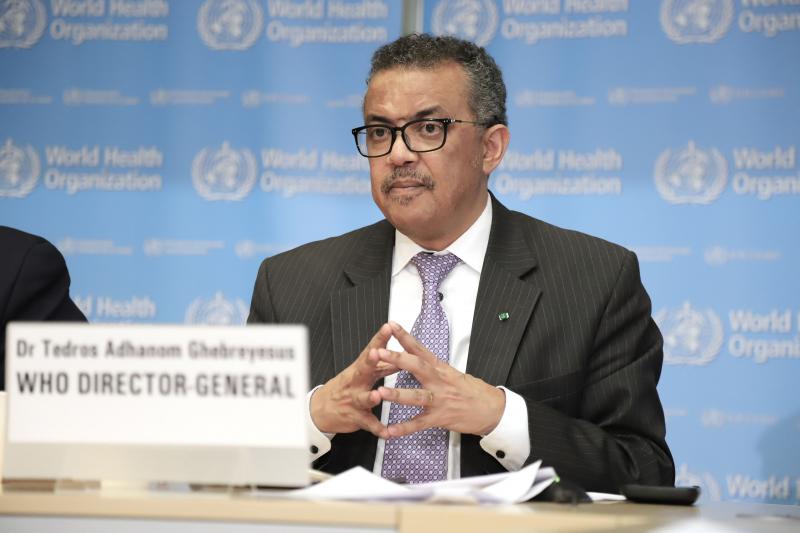 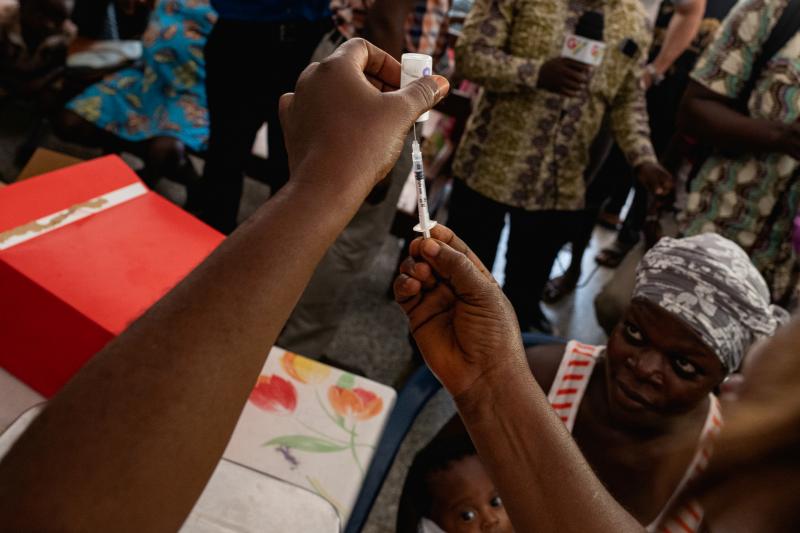 Finding a Vaccine Is Only the First Step

No One Will Be Safe Until the Whole World Is Safe