Central Banks Should Not Prop Up Foundering Fossil Fuel Firms

The COVID-19 pandemic has pushed climate change from the headlines, but it has hardly arrested it. In the last month, the warming Indian Ocean has encouraged swarms of locusts to hop from East Africa to South Asia. A dust cloud has drifted from the Sahara desert to the Americas. Wildfires have raged in the thawing permafrost of Siberia. This global crisis—like the one occasioned by the novel coronavirus, only more permanently—threatens to shock the global financial system. The consequences of climate change could lead to turmoil in the insurance and banking industries, while upending the energy sector, together producing a financial crisis unlike one ever seen before.

But before the pandemic scrambled economies, a group of global central banks and financial regulators led by Europeans had agreed on ways to manage the risks that global warming posed. These banks and regulators have since been forced to enact emergency measures to cope with the pandemic, so they have largely ignored, abandoned, or delayed many of their own prescriptions. Instead, they are now propping up the very coal, oil, and gas industries that ultimately threaten the financial system by accelerating climate change.

In Europe, as in the United States—where central banks and financial regulators have not meaningfully incorporated climate change into their decision-making—bailout money is finding its way to struggling, debt-laden, and increasingly unprofitable fossil fuel companies. Not only is enabling fossil fuel investments bad public policy, it makes little economic sense. The world’s leading central banks must quickly reverse course and limit investments in the fossil fuel industry in order to avoid further increasing the systemic risk that climate change poses to the financial system.

In the period from 2013 to 2020, the Bank of England became the first central bank to plan for the economic effects of a warming planet. Climate change, the bank determined, threatened the economy not only through the physical consequences of intensified storms, floods, and droughts but also through the necessary costs of the transition away from fossil fuels, and possibly by occasioning lawsuits from parties adversely affected by the upheaval. In 2017, the bank’s governor, Mark Carney, began warning of a climate-driven “Minsky moment”—a sudden market collapse brought on by reckless speculative activity—that would threaten the very foundation of the financial system.

Along with another seven central banks, including those of China, France, Germany, and the Netherlands, the Bank of England established in late 2017 a network of like-minded institutions committed to “greening the financial system.” Today, the Network for Greening the Financial System comprises more than 60 central banks and financial supervisors, accounting for over 50 percent of global GDP and dedicated to ensuring that financial markets adequately prepare for climate risks.

Carney put the Bank of England at the forefront of policy development in this arena. It devised the first-ever stress test to quantify the likely effects of climate change on the financial institutions it oversaw. The results suggested that the coal industry would take a particularly hard hit, losing 65 percent of its financial value in a scenario of “abrupt change.” The oil industry didn’t fare much better, with a 42 percent reduction in its financial value in the same scenario. These industries were hit especially hard because the necessary transition away from fossil fuels will lead to drastic reductions in the value of the assets of these companies, stranding billions in invested capital.

Those projections emboldened the Bank of England to consider screening its own investments to limit or phase out purchases in coal, oil, and gas companies. Indeed, Andrew Bailey, Carney’s successor, found aligning the bank’s portfolio with the goal of lowering carbon emissions to be “perfectly sensible.” Other central banks looked ready to follow suit. Christine Lagarde, president of the European Central Bank, pledged to gradually eliminate the bank’s high-carbon assets. Sweden’s Riksbank went further, selling off the bonds of governments such as Australia that were heavily exposed to high-carbon industries. Taken together, these moves signaled to markets that fossil fuel companies bore substantial financial risks and that central banks were trying to rein them in.

Across the pond, however, U.S. financial regulators were less convinced. The influence of the administration of U.S. President Donald Trump kept the Federal Reserve out of formal membership in the network built by Carney. Unlike its global peers, the Fed conducted no stress tests and issued no pledges to screen purchases in coal, oil, and gas companies, even as U.S. fossil fuel firms had become very vulnerable. A decade of low interest rates and easy credit had encouraged U.S. companies to expand through borrowing. By early 2020, the U.S. oil and gas industries, for instance, had more than $700 billion in outstanding debt according to the Institute for Energy Economics and Financial Analysis. But the sector’s contribution to U.S. corporate earnings had steadily shrunk even as its debt levels had skyrocketed—such that the oil industry now constitutes just four percent of the S&P 500, down from 25 percent in 1980.

When the pandemic and its consequent financial crisis hit, the debt markets, on which fossil fuel firms had come to rely, seized up. Investors became wary of lending in an uncertain economic environment, and companies could no longer borrow to finance their operations. The once simple task of issuing debt or rolling it over suddenly became a matter of financial life or death. The oil industry turned upside down overnight, between negative pricing in April and an enormous fall in global demand. The coal industry took a similar blow from reduced electricity demand during the pandemic, which disproportionately harmed the industry because its operating costs are greater than those of many other forms of power. State and federal regulations favoring renewable energy over coal also affect the industry, with analysts now predicting that coal will generate only ten percent of U.S. electricity by 2024, down from 50 percent a decade prior.

The overall financial crisis forced central banks around the world to leap into action to protect their national economies from a tide of pending bankruptcies. But bailouts have been fairly indiscriminate, driving financial support to many sectors, including the very same coal, oil, and gas industries upon which central banks had cast doubt. Not only have financial regulators supported fossil fuel companies with new investments but they have also, at least temporarily, abandoned their attempts to address the long-term climate risks that those investments create.

The Bank of England postponed its stress tests and its efforts to redirect investments away from high-carbon-producing industries. The European Central Bank, which had followed the Bank of England’s lead before the crisis, similarly delayed its climate policy review. Worse, the ECB’s first wave of asset purchases between the middle of March and the middle of May drove 7.6 billion euros directly to fossil fuel companies. The same financially risky assets that so worried these central banks before the crisis—coal, oil, and gas—are now rapidly arriving on their balance sheets.

U.S. fossil fuel companies, abetted by Republican allies in Congress and by Trump himself, pressured the Fed to ease credit requirements that constrained the purchase of junk debt (much of the debt of fossil fuel companies is considered high risk and well below investment grade). The Fed did relax investment criteria through a program called the Main Street Lending Program, which allowed indebted companies to service their debts with government-backed loans, despite the alarm of congressional watchdogs. At the same time, the coal industry raided other emergency relief measures such as the Paycheck Protection Program, meant to support small and medium-sized businesses. On average, the industries that accepted these PPP funds used them to cover 52 percent of payroll costs; the coal industry, however, successfully secured funds to cover 72 percent of payroll costs.

In addition, two new programs announced in March allowed the Fed, for the first time ever, to buy corporate debt (historically it has bought only government debt and mortgages), opening the door to direct purchases of the bonds of coal, oil, and gas companies. While the government has directed only a fraction of available money into the market, Influence Map, a London-based economic think tank, has revealed that just one of these programs has driven nearly $100 million to fossil fuel companies. If the program continues without any further restrictions, it could channel $19 billion to fossil fuels. Fossil fuel companies in the United States are likely to spend a good portion of the bailout funds they receive on servicing their own debts, not on hiring new workers—and potentially not even on preventing layoffs.

The bailouts will not make the coal, oil, and gas industries any more sustainable. Rather, these companies will remain at death’s door, burdened by debt. In propping them up, central banks are ignoring the same financial advice they themselves have for years presented to others. Moreover, they send the message to investors that nothing is too suspect to bail out in a time of crisis—not even the flailing fossil fuel industry.

Financial regulators still have time to tack in a better direction. In Europe, Lagarde has recommitted to a climate policy review set to conclude in the middle of next year—in time for the next major international climate summit in Glasgow. Civil society groups have called on her to make good on previous pledges. Her leadership could help encourage other central banks to once again begin curtailing investments in fossil fuels.

In the United States, however, Republican leaders seem committed to bailing out the fossil fuel industry (they have publicly said as much). But a Democratic administration, should one come to power, could invoke the Dodd-Frank Act without seeking congressional approval, allowing the president to place limits on financial flows to coal, oil, and gas companies.

Ultimately, regulators can decide which direction they want to push their economies. The current course for many central banks that are all too aware of the threat climate change poses to their financial systems is to nonetheless send billions of taxpayer dollars to fossil fuel companies. If they do not reverse course, the debts of these companies will sit on public and private balance sheets as ticking time bombs, epitomizing the very risk that central banks have warned against for years. 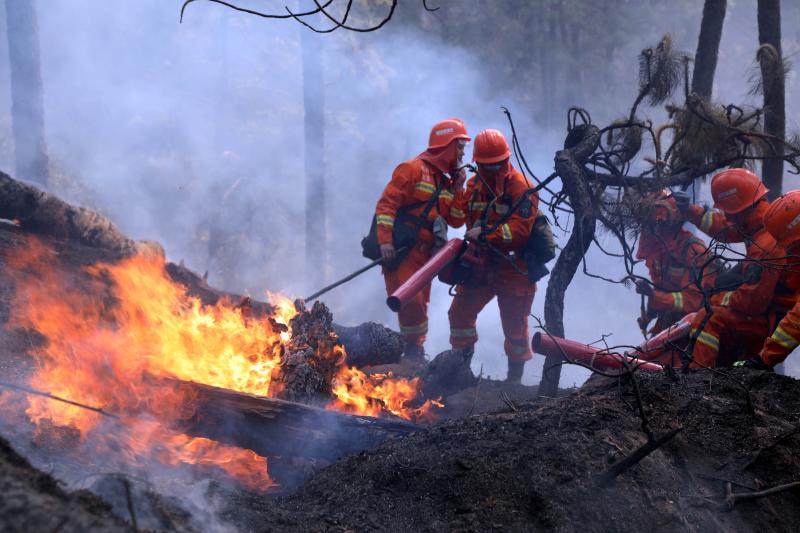 The Pandemic Won’t Save the Climate 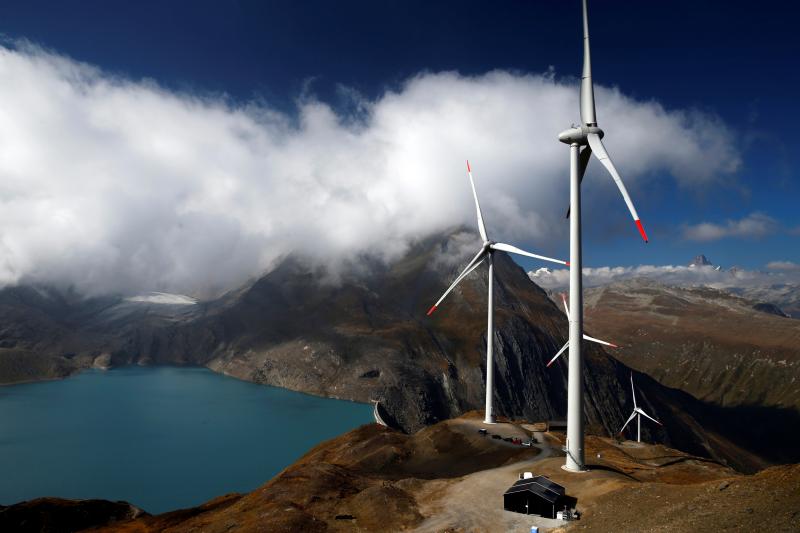 The Paths to Net Zero

How Technology Can Save the Planet