In October 2019, a global study found the United States to be the best-prepared nation in the world for “high-consequence and globally catastrophic biological events.” Less than a year later, however, the United States leads the world in both infections and deaths from COVID-19, with close to 300,000 people projected to die by the end of 2020.

The failures of the U.S. pandemic response are by now well known. The country was slow to initiate diagnostic testing. It lacked testing materials, personal protective gear, drugs, and devices. Americans resisted wearing masks and taking other protective measures, and public health authorities were able to muster only anemic efforts to track and trace infections.

To understand these problems as independent of one another—each with its own origin, story line, and cast of characters—is easy and tempting. But to understand the true source of American “exceptionalism” in regard to the pandemic requires recognizing their common cause: a profound failure of the nation’s leadership to value public health tools and expertise, even amid a historic public health crisis.

Any U.S. administration would have struggled to succeed against COVID-19, given the legacy of a weak public health infrastructure and the polarization of the nation’s politics. Public health, defined as “what we as a society do collectively to assure the conditions in which people can be healthy,” has long been in tension with American individualism and contrary to the incentives of the lucrative health-care system. Just three percent of the national resources spent on health care go to state and local public health efforts, with underfunded agencies suffering enormous losses of staff and expertise in recent years. The fact that Americans have difficulty finding common ground on any issue—at the start of the pandemic, record numbers identified partisan divides as strong—compounded these deficits. Under such conditions, any response would likely be seen, as with climate change, as an opportunity for political posturing rather than as a scientific necessity.

The administration of President Donald Trump did not just fail to tackle these obstacles: it exploited them, prioritizing the search for political advantage over the people and principles of public health. Many local and state health officials, not to mention mayors, county executives, and governors, have responded forcefully and responsibly to the pandemic. But the national megaphone is louder; the national authority is greater; and the national resources are deeper. The U.S. experience with COVID-19 has been a master class in the importance of leadership from the top during a crisis, demonstrated by its absence.

To understand the new disease emerging in early 2020, the leaders of many other nations turned to senior public health experts or to the World Health Organization and then raced to strengthen their disease-control measures and data-reporting systems. The White House instead heard from political appointees jockeying for the president’s approval and reluctant to be the bearers of bad news. What followed in the critical early weeks was a stunning refusal to acknowledge the potential severity of the crisis. Trump said on January 22, “We have it totally under control,” and on February 10, “Looks like by April, you know, in theory, when it gets a little warmer, it miraculously goes away.” On February 27, he said, “It’s going to disappear,” and on March 10, “Just stay calm. It will go away.”

This wishful and uninformed thinking had consequences. Early in the pandemic, officials from the Department of Health and Human Services had the opportunity to purchase millions of masks from U.S. manufacturers but declined to do so. The Food and Drug Administration (FDA) commissioner reportedly considered reaching out to large diagnostic companies about testing capacity but was advised not to. Had federal agencies begun to purchase large quantities of protective equipment or sounded an alarm about the urgent need to scale up testing, they would have been contradicting the sunny messaging from the White House.

In mid-March, with cases rising quickly in New York City and elsewhere, scientists persuaded the White House to take the pandemic seriously and support state and local shutdowns to reduce transmission. The White House now had a second chance to exercise national leadership. For a crisis of this magnitude, the federal government could have set up a unified command structure with an empowered Centers for Disease Control and Prevention (CDC) at its center. Agency experts could have created national standards for data collection, reporting, testing methods, contact tracing, and other response steps. The Department of Defense or the Federal Emergency Management Agency could have coordinated the supply chain for testing and medications, and the White House could have called on trusted figures from across the political spectrum to reinforce key messages and quickly counter misinformation.

Instead, the White House sidelined the CDC. The administration kept the agency from briefing the public, took away its responsibilities related to data, and watered down its recommendations. The president announced that the federal government was “not a shipping clerk,” leaving hospitals, clinics, and state governments competing against one another for scarce protective equipment.

Rather than seeking to bring the country together, the administration moved to exploit the moment for political gain. News reports suggested that political considerations drove White House decisions on where to send essential federal resources. As the initial shutdown period came to an end, the president positioned public health and the economy as competing with one another, tweeting at supporters to “LIBERATE” states run by Democratic governors who had put strong restrictions in place.

By April, what emerged was exactly the situation to be avoided: tension between loyalty to the president and following public health recommendations. Protests, many of them armed, spread across the country. Effective crisis communication requires consistent messaging across information sources: the opposite took hold in the United States, where partisan sources of information minimized the threat of the pandemic and conspiracy theories (amplified by social media) fueled opposition to disease-control measures. The confusion left many unprepared to protect themselves and their families. Only in the United States are citizens divided over wearing masks based on their political affiliation.

State and local health officials—responsible for tracking infections, devising testing strategies, and both drawing up and communicating policy—were left exposed to strong political headwinds from elected officials and angry constituents. Dozens of public health officials have been threatened, harassed, fired, or forced from their jobs during the pandemic. The White House and political appointees did not even support leading federal health officials, such as Anthony Fauci of the National Institutes of Health, but instead criticized them. The president himself shared a tweet that read, “Everyone is lying. The CDC, Media, Democrats, our Doctors, not all but most, that we are told to trust.”

Ending the pandemic will require that scientists develop safe and effective vaccines, and then public health agencies will need to provide regulatory approval and promote public acceptance. The stakes of the moment could not be higher. Prioritizing divisive politics over public health could lead to the widespread use of ineffective or unsafe products, or it could lead millions of Americans to distrust the review process and refuse to be vaccinated—or both.

LESSONS FROM THE MASTER CLASS

If the U.S. experience with COVID-19 is indeed a master class in failed national leadership, then the only question on the final exam is what can and must be done differently. In the short term, this administration or the next one can rebalance the scales between public health and politics by empowering scientific experts and the CDC to devise a national response plan and implement it. The federal government can, as part of such an effort, better manage the supply chain. It can set meaningful expectations for state and local responses while providing essential resources, and it can enlist political and cultural figures from across the political spectrum in a unified messaging campaign.

But for these steps to be effective, the United States will need to overcome two long-standing impediments that the Trump administration has inflamed: the minimization of public health and the polarization of politics. To address these issues in tandem, leaders should devise new language that relates public health to other American values. Public health is not just about administering vaccines, encouraging people not to smoke, and promoting healthy diets. It’s about helping families, friends, and neighbors stay healthy longer so that they can live the lives they want to live. Those who are dying of COVID-19 or other preventable diseases have lost their chance to realize the American dream.

A plan to end the crisis should envision a recovery phase as well. Rather than return to their baseline state after COVID-19, public health agencies should be prepared to manage other pressing concerns. State and local governments can repurpose the contact-tracing workforce to help teenagers succeed in school or find jobs, young men and women at risk from violence stay out of harm’s way, people with diabetes and heart disease stay healthy and out of the hospital, and older adults live longer in their own homes. These efforts can focus on supporting long-neglected communities, addressing inequity as well as illness.

As citizens see these agencies improving the country’s quality of life, they will come to understand that public health investments really matter. Such an understanding will help undergird a long-term investment in public health infrastructure, including personnel and agencies dedicated to protecting communities from dangerous diseases and environmental emergencies. Public health departments need at least $4.5 billion in annual appropriations to bring their function to a basic level. Such investments will save lives in areas both red and blue; supporters from across the political spectrum should mobilize in support.

The United States needs to reset its relationship to public health—and, accordingly, the field and its practitioners need to prepare for a renaissance. A positive ending to the U.S. story of COVID-19 is still possible: one in which principled and unified national leadership helps the country to conquer the pandemic and sets the stage for a healthier future.

How Migrants Got Weaponized

The EU Set the Stage for Belarus’s Cynical Ploy 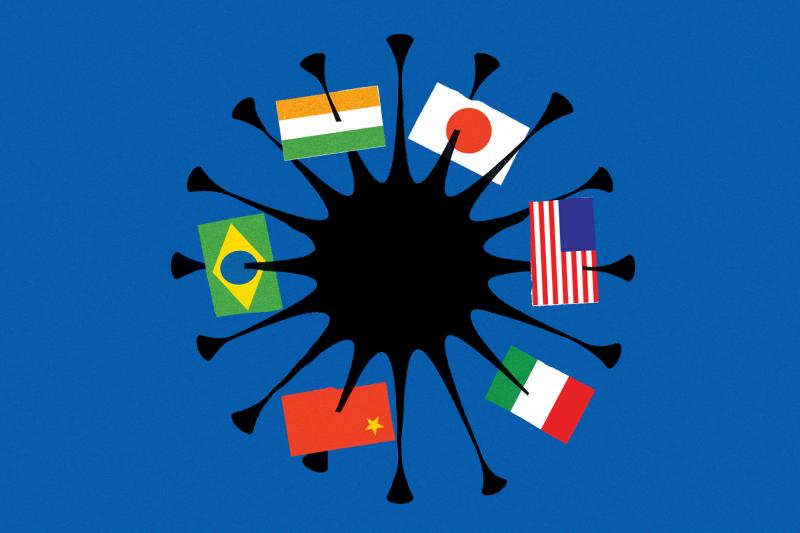 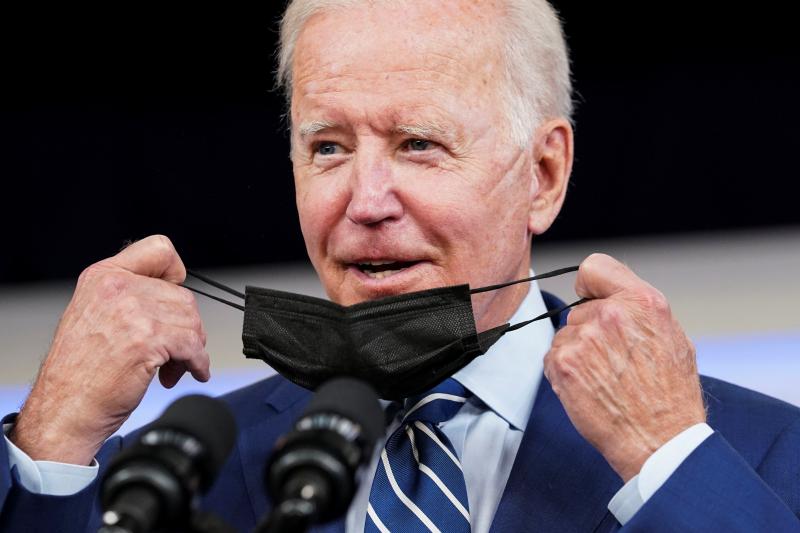