The United States Can’t Quit on the UN

This week, the United Nations General Assembly is holding its first-ever virtual gathering of world leaders. The event has been a complicated one for Washington. In his recorded speech before the General Assembly on Tuesday, U.S. President Donald Trump excoriated China for its failure to curb the spread of the novel coronavirus around the world. But the inadequacies of his own administration’s response overshadowed his message. The Trump administration has turned the United States inward and retreated from the UN, most recently by precipitously withdrawing from the World Health Organization (WHO) during the pandemic.

In June, National Security Adviser Robert O’Brien explained that the United States terminated its relationship with the WHO because the agency’s “response to the pandemic showed that it is beholden to China.” The administration claims to face a binary choice between withdrawing from or cooperating with UN agencies that are cowed by authoritarian interests. But the dichotomy is a false one.

U.S. retrenchment empowers only China. Beijing is eager to expand its influence on the world stage to serve its narrow interests, and U.S. withdrawal has pushed beleaguered UN agencies further into China’s orbit, ultimately making the world less hospitable to U.S. interests. Instead of withdrawing, the United States should use carefully calibrated economic incentives to promote reform toward an agenda more in line with its interests and values. Such an approach would allow Washington to blunt China’s growing influence where necessary and to shape the trajectory of UN agencies, beginning with the WHO.

The American public has a broadly favorable view of the UN, opinion polls suggest, and a 2020 study even showed that more than 70 percent of Americans support rejoining the WHO. But some policymakers have cast doubt on the utility of U.S. engagement. Even before the pandemic—and especially since the 2016 U.S. presidential election—scholars, including Stewart Patrick in these pages, have spilled barrels of ink debating the precise definitions, future direction, and coming dissolution of the liberal international order that the UN embodies.

During the 2016 campaign, Trump memorably denounced the “false song of globalism,” vowing to reject the “international unions that . . . bring America down.” In keeping with this view, the Trump administration drafted an executive order at its very outset to slash U.S. payments to the UN by as much as 40 percent, claiming that such investments did not serve the interests of American taxpayers.

The president’s supporters in the Senate echoed this view. According to Rob Portman, the Republican senator from Ohio, “When all of our taxpayers are paying roughly 22 percent of the UN budget, I think they do expect to see a more efficient organization that’s more objective and more in keeping with our values.” In 2016, Senator Lindsey Graham, Republican of South Carolina, similarly argued, “If you can't show the American people that international organizations can be more responsible, there is going to be a break.”

The Trump administration has set about translating this impulse into policy. But if the United States withdraws from UN agencies without clear alternatives in place, the world will ultimately grow more hostile to U.S. values and interests. That eventuality has unfolded in real time, perhaps nowhere more alarmingly than at the WHO.

Compared with the United States, Beijing has made much smaller financial contributions to the United Nations and has far less diplomatic wherewithal. But China has shown that it knows how to use the leverage it possesses much more strategically and often more unscrupulously than the United States is willing to do.

Consider the WHO. The United States has historically been the WHO’s largest patron, underwriting about 15.0 percent of the agency’s budget, in contrast with China’s mere 0.2 percent. But in 2017, Beijing-backed candidate Tedros Adhanom Ghebreyesus was elected Director-General of the WHO. Upon assuming the position, Tedros parroted Beijing’s call for a “Health Silk Road,” which would bring Chinese-backed health care to developing countries. This past spring, the United States backed Taiwan’s bid for inclusion in the WHO’s World Health Assembly on the grounds that the island had mounted one of the world’s most successful responses to the COVID-19 pandemic—but the WHO bent to Chinese pressure to exclude Taipei from the meeting.

The United States has historically been the WHO’s largest patron.

The United States formally announced its withdrawal from the WHO in July 2020 and, by doing so, further empowered China and bolstered its authoritarian influence. China promptly announced that it would donate $2 billion to the UN to fight COVID-19, touting its role as a “defender of the international order.” Zhao Lijian, a spokesperson for the Chinese foreign ministry, gloated that China had contributed to “global public health cooperation as a responsible major country” while the United States is “shirking its own responsibilities and undermining global solidarity in combating the virus.”

Holding the organization’s purse strings and uncontested by U.S. leadership, China is now poised to exert undue influence over purportedly independent, WHO-led investigations into the origins of the virus. WHO experts conducting the probe have yet to travel to Wuhan, widely considered to be the original epicenter of the pandemic, fueling concerns about the investigation’s rigor and its possible deference to Chinese interests.

As Beijing seizes this opportunity to lead multilateral health governance, it can also use the WHO to coerce UN member states into supporting its interests. In September, the WHO unveiled a global vaccine development and distribution plan—which neither China nor the United States has endorsed. Beijing could best the United States and its allies in the race to develop a COVID-19 vaccine. With disproportionate sway at the WHO, China could then use preferential access to its vaccine as a bargaining chip to win member countries’ support for its positions, such as isolating Taiwan or forestalling criticism of its policies in Hong Kong, Tibet, or Xinjiang.

The WHO is far from the only UN agency that has bent toward Beijing.

The WHO is far from the only UN agency that has bent toward Beijing—and the United States’ retreat has accelerated the trend. In 2017, Washington exited UNESCO. Beijing later used its newfound clout to gain the organization’s endorsement of its Belt and Road Initiative and to try to double the number of Chinese staff in the agency. In 2018, the United States withdrew from the UN Human Rights Council. China has since effectively silenced the council’s criticism of its rampant human rights abuses, including the mass detention of Muslims in Xinjiang.

As Beijing swallows up the UN, the United States’ approach to the organization has been fitful and reactive at best. Washington has dangled U.S. funding—and the threat of turning off the tap—over UN agencies that defy its interests. In October 2018, Washington threatened to sever ties with the Universal Postal Union, a UN body charged with regulating international mail service, for its practice of granting China lower shipping rates than the United States. The move, which was narrowly averted, would have set off a global postal crisis. The jarring turn of events at the WHO suggests that such tactics are growing increasingly counterproductive. The United States needs to find a way to engage with the UN that can advance its interests.

STILL IN THE GAME

The United States needs to offer UN agencies a compelling alternative to authoritarian values and leadership if it wishes for them to be more effective and better aligned with its agenda. Positive financial incentives are likelier to encourage reform than are harsh ultimatums, especially given that Beijing stands ready to fill the coffers that the United States leaves empty.

Washington could start by restoring a portion of its past funding to the WHO. Then the United States could commit to annually increasing this amount if the agency complies with certain conditions: restoring Taiwan’s observer status at the World Health Assembly, for instance, or hiring more Americans to fill the agency’s management positions. As the WHO meets these benchmarks, Washington should strengthen the United States’ clout at the UN by encouraging private-sector partnerships between the WHO and U.S. tech companies that pursue projects related to global public health.

Washington could transparently negotiate such incentive structures with UN agencies and, in doing so, draw a sharp contrast to Beijing’s style of backroom deals and coercion. China doles out rewards and threatens retaliation to pressure governments to support its policies and its candidates for leadership posts. In contrast, the United States should work with like-minded countries and UN leaders to conduct specialized agency elections more openly and to codify standards of transparency in their operations. Notably, only after Australia, the EU, and other democracies publicly lobbied the WHO and mobilized broad-based support did the agency commit to conducting an independent investigation into the origins of the novel coronavirus.

The United States should make sure to fill the vacant positions within its own government that work with the UN, and it must continue to send high-profile officials and talented working-level diplomats to represent U.S. interests there. It should further collaborate with allies early on to promote U.S.-backed candidates to lead important specialized agencies.

Such measures would not supply a silver bullet, but they would show that the United States is still in the game and can still lead. In so doing, they would give Washington a better shot at shaping outcomes than if it simply threw in the towel. 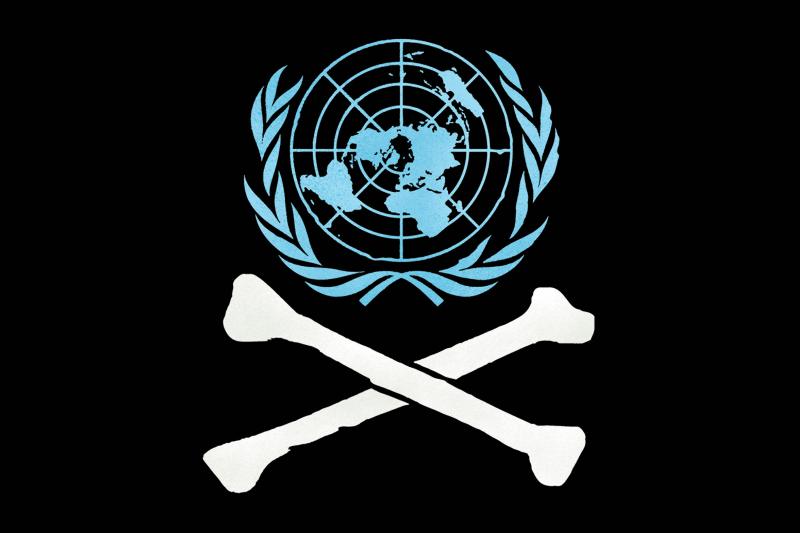 When the System Fails

COVID-19 and the Costs of Global Dysfunction 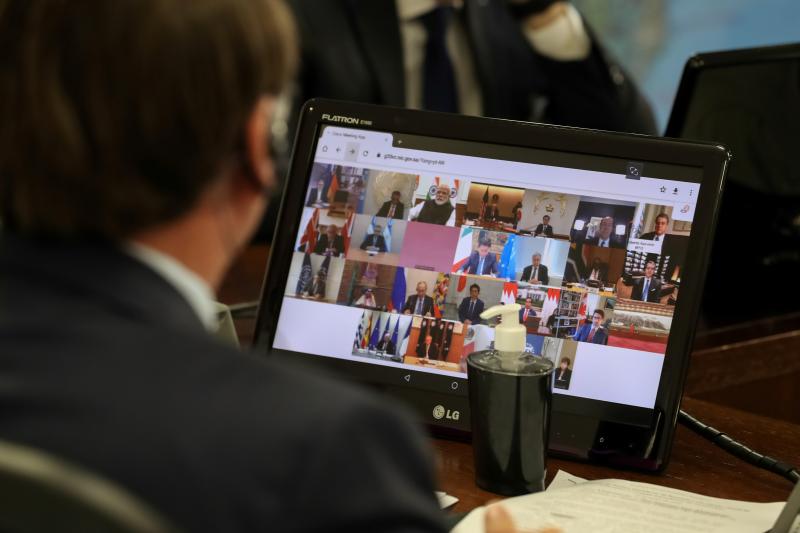