The last few weeks have had little precedent in the history of American democracy. President Donald Trump repeatedly warned that the election will be full of fraud, and he refused to pledge to leave office peacefully if he loses. Just last week, the Department of Justice added to concerns about election meddling when it partially reversed its long-standing policy of noninterference in elections. The change gives prosecutors more leeway to take public action against federal employees accused or “suspected” of being involved in election fraud, while Trump publicly urged his attorney general to take action against his political opponents.

There is real reason to be concerned about presidential interference in this fall’s election, although perhaps less than people think. As the Brennan Center’s Michael Waldman and Wendy Weiser noted in a recent op-ed, there are checks in the American electoral system that are designed to thwart this kind of interference. After all, states run our elections, not the president.

But Trump’s recent controversial statements have overshadowed two other election-related threats that are still very much with us: COVID-19 and potential cyberattacks against our election infrastructure. Either of these threats could greatly strengthen the hand of a president looking to interfere in the election. Chaos at the polls, failures of the mail voting system, problems reporting results—all of these would serve the interests of someone looking to undermine confidence and challenge the results of an election.

Here, there is some good news. Over the last few years, and particularly since the novel coronavirus struck, election officials nationwide have gone to work to make this fall’s elections resilient. Because of their efforts, the American electoral system is far likelier to dispense with these twin threats than it was just four years ago.

Voting in the Time of COVID-19

When the pandemic first hit—in the midst of the Democratic presidential primary—many states found themselves unprepared to administer elections under conditions of widespread contagion. The result: long lines, closed polling places, late-arriving mail ballots, and the disenfranchisement of tens of thousands of voters during the spring and summer primaries. But election officials have since learned from those experiences. And although states never received the $4 billion from Congress that we estimated they needed to fully adjust to running an election during a pandemic, they have nonetheless adopted changes to both expand voting options and protect them from the virus.

Mail voting is far more accessible than ever before, in large part thanks to changes made in the last few months in response to the virus. Before the pandemic, 16 states restricted mail voting only to those who presented an excuse. Just five states will do so this fall. Not one is a battleground state that is likely to determine the outcome of the presidency or the Senate.

And that is just the beginning. This year, 11 states sent mail-in ballot applications to all voters, and another nine will send a mail ballot to every voter. Twenty-four states now allow voters to request mail ballots online. Once they receive those ballots, voters in 31 states will be able to return them to secure drop boxes, rather than relying on the post office. Election offices in at least 21 states will notify voters of issues with missing or mismatched signatures on their mail envelopes and offer them an opportunity to fix these mistakes. Previously, ballots with such errors or oversights were automatically rejected, resulting in tens of thousands of lost votes in recent elections.

States run our elections, not the president.

States are taking steps to reduce long lines and administrative stress on Election Day by encouraging and expanding early voting options. In Detroit, voters had one early voting location for the presidential primary—but they will have 23 for the general election. Philadelphia will go from one such location to 17. Fulton County, Georgia, will have 30 early voting sites, including a basketball arena with 300 voting machines.

Even if COVID-19 cases surge during the remaining weeks of the election the way they did in the spring, election officials are now prepared to offer safe and abundant in-person voting options on Election Day. Officials in battleground states have secured enough polling locations to avoid some of the drastic cuts they experienced during the primaries, when some sites, such as nursing homes and schools, refused to allow their premises to be used for voting. And they have recruited a huge number of young, healthy poll workers to run these locations, ensuring that they will be fully staffed, unlike many locations last spring. In some cases, election officials have built up a reserve list of poll workers to replace those who cancel at the last minute.

All of this progress is significant. And yet the courts have reversed some gains in recent days. The U.S. Supreme Court recently stepped in to reinstate a burdensome witness requirement for mail voting in South Carolina. Last week in Texas, a judge blocked the governor’s rule that limited counties to one ballot drop-off location—only to see that order immediately stayed by the federal appeals court. In North Carolina, a judge issued an order criticizing the state’s procedures for redressing problems with mail ballots, leaving thousands of these ballots in limbo until the litigation can be resolved. With just three weeks of voting left, some of the advances of the last several months hang in the balance.

Defense Against the Dark Arts

In 2016, the Russian government engaged in a major cyber-operation against U.S. election infrastructure. It sought to penetrate state and local election boards, breached and extracted data from a state registration database, and used spear-phishing attacks to gain access to and infect computers of a voting technology company and at least two Florida counties. Americans have heard less about cyberattacks against their election infrastructure for most of 2020, but that’s changed in the last few weeks.

On September 10, Microsoft announced that it had detected cyberattacks coming from Russia, China, and Iran, “targeting people and organizations involved in the upcoming presidential election.” And on September 28, The New York Times reported that federal officials were alarmed over ransomware attacks against local governments and companies that provide software used in election systems.

But here, too, there is reason for optimism. States have made considerable progress in the past four years to prevent, detect, and recover from cyberattacks and technical failures. On the front end, states have increased funding for technical support and implemented measures such as multifactor authentication to reduce election system vulnerabilities. At the same time, they have expanded monitoring and testing, such that they are likelier than before to discover a breach before it can cause a problem.

Election officials nationwide have gone to work to make this fall’s elections resilient.

Election officials have developed contingency measures ensuring that in the event of a cyberattack, voting can continue while problems are discovered and resolved. Battleground states such as Arizona, Florida, Georgia, Michigan, North Carolina, Pennsylvania, and Wisconsin all have backup paper materials available in polling places, to use if electronic pollbooks or voting machines fail. Nationwide, less than four percent of all votes will be cast on paperless voting machines, which means that there will be a paper record of nearly every vote. Such records can be used to check the accuracy of software vote totals.

Because of these efforts, 2020 will in many respects be the most secure election the United States has ever had. And there’s still time for election officials to further mitigate Election Day risks by educating voters, increasing paper backup supplies, and reviewing continuity of operation plans in the event of a successful cyberattack or technical failure.

States have made many changes to adjust U.S. elections to the extraordinary circumstances of 2020, and their efforts should reassure Americans of the prospect that this fall’s election will be free and fair. But the travails of 2020 have also exposed serious weaknesses in the American system. Because U.S. democracy ultimately depends on public acceptance of electoral outcomes, these weaknesses could prove extremely damaging to the American democratic project if the legitimacy of a particularly close election is called into question.

For this reason, Americans cannot simply exhale with relief this November, even if the worst scenarios do not come to pass. A new Congress must strengthen the electoral system enough to thwart attacks from those who seek to undermine it. Doing so will mean enacting the democratic reforms in H.R. 1, the “For the People Act,” which the House passed in 2019. That legislation would ensure permanent, universal access to early and mail voting, and it would modernize and upgrade the nation’s election infrastructure and voter registration systems. Congress must also pass legislation that enacts greater safeguards for the rule of law, so that future administrations cannot so easily weaponize the Department of Justice and other law enforcement bodies to target political opponents and sow doubts about the integrity of the election system.

The United States shouldn’t need last minute heroics from election officials and public volunteers in counties all across the nation in order to hold secure and accessible elections. Nor should Americans have to wonder if a president can upend the electoral verdict of the public just because he doesn’t like the outcome. Advocates have been calling for strengthening election laws in the United States for years with little success. Another failure to act, on the part of the next Congress, would be inexcusable. 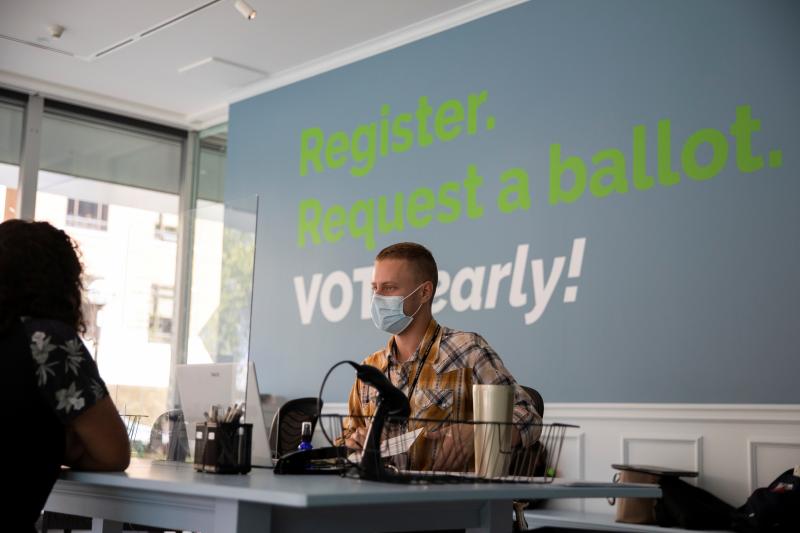 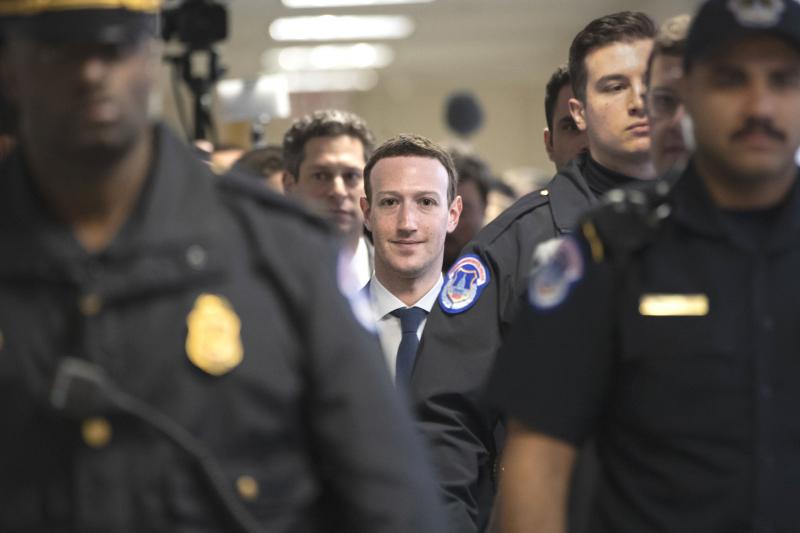 What It Takes to Defend Democracy