Never before has Beijing paid such close attention to the outcome of a U.S. presidential election. Chinese leaders recognize that competition will define U.S.-Chinese relations no matter who occupies the White House. But they also believe that former Vice President Joe Biden’s triumph over President Donald Trump provides an opportunity to halt—or at the very least slow—the two countries’ alarming march to confrontation.

Relations have deteriorated at an astonishing rate during Trump’s presidency. The trade war has been the most conspicuous example of friction, but larger strategic tensions have also heightened the risk of conflict. The Trump administration’s barrage of blame, overtly racist remarks, policies aimed at decoupling, and rhetoric advocating regime change has jolted many officials in the upper echelons of the Chinese Communist Party (CCP). Unsurprisingly, the prevailing mood on Chinese social media in the wake of the U.S. election is one of relief and optimism, although views of Trump among the general public are by no means uniform. A popular Internet meme captured the public’s enthusiasm for a Biden presidency, rechristening Beijing’s Forbidden City as the “For-Biden City.”

But moods of optimism can turn quickly. Only four years ago, China received the news of Trump’s election with similar enthusiasm. Many Chinese leaders viewed Trump as a businessman with whom they could get things done. That proved to be wishful thinking. China’s foreign policy establishment is wary but cautiously optimistic about better relations with a Biden administration. Still, many of the conditions that shaped Trump’s China policy still exist, and resetting relations between the world’s greatest powers will not be easy.

THE PROBLEM OF TRUMP

During U.S. presidential elections, Chinese leaders have historically avoided suggesting any preference for a particular candidate. The long-standing official line is that “China never interferes in the internal affairs of the United States.” But China’s leadership was generally pessimistic about the prospects for improving relations with the United States as long as Trump was at the helm. Although some Chinese decision-makers believed the chaos and bluster of another Trump term would strengthen China, they have also witnessed how the U.S. president’s unpredictable foreign policy pushes both countries closer and closer to conflict.

The Trump administration’s actions toward Taiwan have been of particular concern to the Chinese. With the passage in the U.S. Congress of the Taiwan Travel Act of 2018 and the 2019 Taipei Act—bills that have strengthened U.S.-Taiwanese relations and were signed into law by Trump—Beijing fears that Washington is edging toward recognizing Taiwan as an independent country. The administration’s actions and rhetoric on this front have hardened antipathy toward Trump within the CCP leadership and bolstered those Chinese officials eager to take an aggressive approach toward the United States.

Beijing believes the Trump administration has sought to defeat China in much the same way that the United States defeated the Soviet Union in the Cold War. Some Trump officials, including Secretary of State Michael Pompeo and the senior trade adviser Peter Navarro, have even called for regime change in China. As a result, Chinese President Xi Jinping and the CCP leadership were under no illusions about the possibility of tranquil, harmonious coexistence with a second Trump administration. During an October event in Beijing to commemorate the 70th anniversary of the Korean War, Xi urged China’s military to prepare for potential conflict with the United States. In his words, China will “use war to prevent war.”

THE PROMISE OF BIDEN

Chinese leaders know that U.S. hostility toward China isn’t confined to the Trump administration. Both Republicans and Democrats have directed harsh criticism at Beijing and advocated decoupling U.S. supply chains from China. At the same time, many Chinese officials don’t believe there is an anti-China consensus in Washington. One noteworthy episode during the vice-presidential debate—when neither Vice President Mike Pence nor California Senator Kamala Harris could give a clear answer about whether the United States sees China as a competitor, a rival, or an enemy—garnered the attention of opinion makers in Beijing. It seemed to underscore the lack of a strategic framework for U.S.-Chinese relations in Washington.

Biden has also routinely characterized Trump’s China policy as a failure, suggesting to Chinese officials that the incoming administration will not adopt all of Trump’s confrontational positions, including the goal of decoupling. Analysts within the Chinese foreign policy establishment are pleased to see that the Biden foreign policy team features many seasoned professionals with reputations for sensible diplomacy.

It has been widely observed in both China and the United States that Biden and Xi maintained a long and friendly working relationship during their overlapping tenures as vice presidents of their respective countries. According to Daniel Russel, a former senior official in President Barack Obama’s National Security Council, Biden and Xi met at least eight times and spent roughly 25 hours together in one-on-one meetings within a span of 18 months in 2011 and 2012. Biden spoke harshly about Xi and the CCP during the presidential debates, but Chinese officials understood those remarks as rhetoric for domestic consumption, not a foreshadowing of Biden’s foreign policy.

More broadly, China’s U.S. watchers have come to realize that their long-standing view dating back to the era of President Richard Nixon of Republicans as friendlier and easier to work with than Democrats no longer holds true. Chinese researchers point out that all 15 congressional members of the China Task Force—a group known for its hawkish approach toward Beijing—are Republicans; that 229 Democrats in the House of Representatives voted in favor of a September congressional resolution condemning all forms of anti-Chinese discrimination, but only 14 Republicans supported the resolution (and 164 opposed it); and that numerous U.S. public opinion surveys show Republicans to be far more hostile to China than Democrats.

But even if Beijing is more predisposed to work with a Democratic U.S. administration, a significant reset of the bilateral relationship will be tricky. Chinese leaders tend to attribute the deterioration in U.S.-Chinese relations entirely to the Trump administration’s desire to contain China’s rise. There is no recognition in Beijing of legitimate U.S. concerns regarding unfair Chinese economic and technological practices and its aggressive behavior in the Asia-Pacific region. On the U.S. side, the criticism of the CCP by Republicans in the Trump administration and in Congress—as well as the general public’s hostility to China—poses a major barrier to the new administration’s attempts at rapprochement. The likelihood of a Republican-controlled Senate after the election makes reversing course still more difficult. Chinese officials understand that the serious political divide exposed by the election result—with the United States highly polarized—will force Biden to assuage domestic tensions and could leave him without the political capital to fully transform U.S. China policy. Moreover, Chinese leaders fear that in an effort to bridge partisan divisions, the Biden administration may see an aggressive China policy as a means of finding common ground with Republicans. If so, confrontation between the two countries could continue, or even accelerate, instead of giving way to a more stable balance between cooperation and competition.

The Biden administration will surely continue to articulate concerns about Chinese human rights abuses in Hong Kong, Tibet, and Xinjiang. Biden could even bring greater force to these criticisms, wedding them to the wider moral mission of defending human rights and searching for racial justice at home. He will likely be more effective than Trump was at harnessing American soft power in U.S. outreach to the Chinese people. Of course, it is highly doubtful that Beijing would meet the full demands of the United States and the international community on these matters; Chinese authorities view unrest in its peripheral regions as a threat to their country’s national sovereignty, territorial integrity, and domestic stability. As a result, Beijing’s conduct in these restive areas is not up for negotiation.

The Chinese leadership is weighing all these possible trajectories of a Biden China policy and seems to be hedging its bets on the incoming administration. On the one hand, Beijing will be eager to reengage with the United States in multiple areas. During Obama’s eight-year tenure, there were as many as 105 government-sponsored bilateral dialogues on subjects including women’s leadership, early childhood education, space exploration, cybercrime, and climate change. The Trump administration condensed those channels to four during the first two years of the administration and subsequently discontinued them entirely.

In line with Biden’s foreign policy agenda, China will be particularly interested in working collaboratively on issues of global public health (especially the shared battle against COVID-19), climate change, nuclear nonproliferation, antiterrorism, cybersecurity, and global economic and financial stability. This past summer, Yang Jiechi, one of China’s top diplomats, outlined these subjects as areas for close U.S.-Chinese coordination and cooperation. In addition, he saw the possibility of cooperation with the United States in addressing geopolitical challenges in Afghanistan, the Korean Peninsula, and the Middle East.

At the same time, however, Beijing believes that China’s economic recovery, its internal handling of the COVID-19 pandemic, its relative sociopolitical stability, and its growing international clout give it added leverage in the bilateral relationship. The Chinese leadership may accommodate U.S. demands in certain areas, but it will likely remain firm and uncompromising on anything touching on China’s self-declared core interests of its claim to sovereignty over Taiwan and the maintenance of CCP rule.

Unquestionably, tensions with China will persist as the Biden administration navigates the areas where it will cooperate and where it will compete with Beijing. But some influential Chinese scholars see in Biden’s victory the potential for a more productive relationship. Shi Yinhong, a professor of American studies at Renmin University and an adviser to the State Council (the top government organ), recently argued that Biden would provide stability and predictability in U.S. policy toward China.

In Shi’s view, however, the window of opportunity to stop “tit for tat” escalation with the Biden administration will be brief. The growing influence of China on the world stage and the volatile domestic political environment in the United States will make it harder to patch up the bilateral relationship. Both Beijing and Washington, Shi insists, should not miss the precious opportunity available in the coming months to reexamine past missteps and to reset relations. Shi departs somewhat from the party line in his desire for overcoming the zero-sum mindset, reflecting the goodwill many public intellectuals and Chinese citizens have for the United States—and for the incoming Biden administration in particular. Time will tell how such views might inform the decisions of China’s leadership. 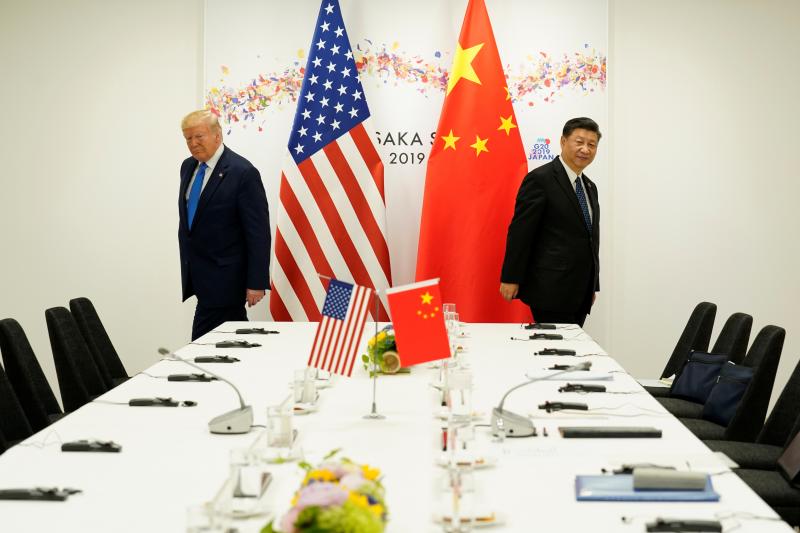 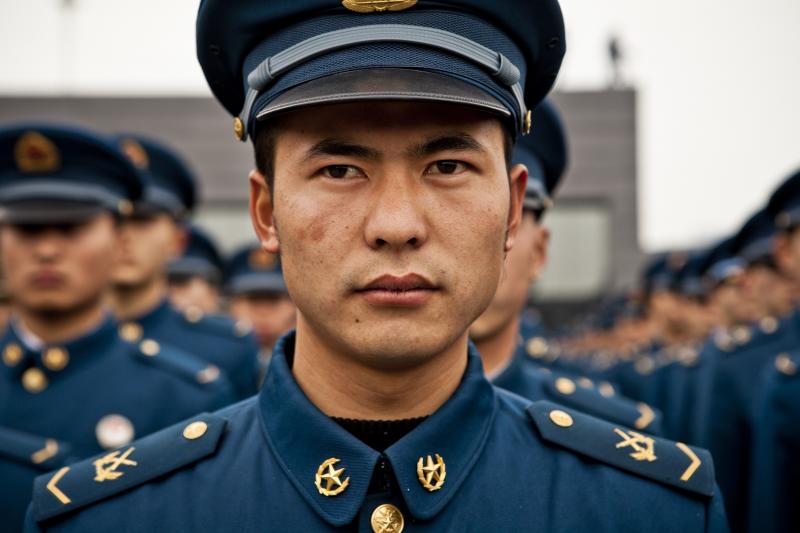