China and Russia Have Iran’s Back

Tehran May Be Less Open Than Ever to Threats or Persuasion

For the last four years, the administration of U.S. President Donald Trump has meted out punishment to Iran rather than pursuing a foreign policy. The United States withdrew from the 2015 Iran nuclear deal and unilaterally imposed multiple rounds of sanctions. A new administration under President-elect Joe Biden may hope to reverse the damage and renew constructive engagement, but it will find Iran much changed.

Iran did not sit still the last four years, passively awaiting the nuclear deal’s resumption. Rather, the Islamic Republic has joined forces with the People’s Republic of China and the Russian Federation to improve its military position and shore up its economy. China and Russia are now integrally involved in Iran’s affairs, from its oil and port infrastructure to its defense capabilities. The result of this deepening collaboration has been to make Iran far less susceptible than it once was, either to Trump’s campaign of “maximum pressure” or to Biden’s hoped-for engagement.

Back in 2016, Tehran and Beijing laid the ground work for what would become the 25-Year Comprehensive Partnership, part of China’s Belt and Road Initiative. But the relationship between the two countries goes back further, to the time when Iran lay at the center of the Silk Road. Today, Iran’s leaders see in China not only a means of loosening the noose of Washington’s sanctions but also a source of financial, technological, and military aid that could help countervail against American pressure.

China has styled itself a defender of national sovereignty, a cause that it has advanced by criticizing U.S. sanctions policy toward Iran. Zhang Jun, China’s permanent representative to the UN, has written that U.S. sanctions on Iran are “devoid of any legal, political, or practical effect.” The Chinese Foreign Ministry has accused the United States of having “repeatedly violated international law” and has urged Washington “to stop clinging to the wrong path” regarding Iran. In October, the U.S. Treasury added sanctions on still more Iranian banks. China responded by hosting Iranian Foreign Minister Mohammad Javad Zarif for talks the very next day.

China has earmarked approximately $400 billion in investments to upgrade Iran’s oil, gas, and petrochemical industries and to improve the country’s overland transportation. China is further financing and equipping Iran’s ports at Chabahar and Jask, both of which are critical to a pipeline project that would allow Tehran to bypass the Strait of Hormuz chokepoint in exporting its oil. The expansion of these two ports will complicate U.S. efforts to ban Iranian exports.

Cozying up to Beijing could help bring Iran’s leaders security from the popular unrest.

The project may also make the United States think twice about striking at Iran, because the deal between Beijing and Tehran reportedly incorporates a military element. Jask is little more than a fishing port at present, but it sits just outside the Strait of Hormuz and once expanded could give Chinese warships control over ingress and egress. China is further underwriting the expansion of Chabahar’s airport, which would add aerial capability to the nearby nautical one. Also at Chabahar, China is breaking ground on a regional eavesdropping post that would allow China to intercept signals within a range of around 3,000 miles. U.S. Central Command (CENTCOM) forward headquarters in Qatar falls within that perimeter. Iran has reason to hope that access to Chinese intelligence, electronic warfare, and air defense systems will forestall aerial attacks from the United States and its allies.

Cozying up to Beijing could help bring Iran’s leaders security from the popular unrest and separatist movements that have repeatedly roiled their country. Iranian security agencies have tried to rein in rebellion by constructing a national intranet and networking thousands of CCTV cameras in major cities and restive provinces. China, however, is several steps ahead of the Islamic Republic, having built a multifaceted, highly sophisticated, exportable surveillance system to monitor its citizens. The Iranian government hopes to work with Chinese providers to harness this surveillance technology and seeks to model its national intranet after China’s Great Firewall.

Russia has long led the way in overtly challenging Washington’s stance toward Tehran. Responding to new American sanctions in September, Russian Deputy Foreign Minister Sergei Ryabkov declared to reporters: “We are not afraid of U.S. sanctions, we are used to them. It will not affect our policy in any way. Our cooperation with Iran is multifaceted . . . another executive order [from the U.S. President] will not change our approach.” When Washington ratcheted up sanctions even further in October, Russian President Vladimir Putin and Iranian President Hassan Rouhani conferred about enhancing regional security, bilateral trade, and economic cooperation.

Russia is happy to sell arms to Iran, and Iran is glad to purchase them. Russian Foreign Minister Sergey Lavrov has boasted that “there is no such thing as an arms embargo against Iran . . . [and] there would be no limitations whatsoever.” Rouhani gloated when the UN lifted a ten-year arms embargo on October 18, 2020: “We are able to . . . buy weapons from everybody we wish.” Russian Su-30 fighters, Yak-130 trainers, T-90 MBTs, S-400 air defense systems, and Bastian coastal defense systems could be among those acquisitions, according to a 2019 U.S. Defense Intelligence Agency report. The only limits on acquisitions will be Tehran’s defense budget and Moscow’s willingness to arm its southern neighbor.

In July, Zarif met with Lavrov to discuss expanding the two countries’ alliance. Tehran seeks to upgrade the December 2001 Treaty on the Basis of Mutual Relations and the Principles of Cooperation Between the Islamic Republic of Iran and the Russian Federation. In return, Russia wants access to bases within Iran for its air and naval forces. The Islamic Revolutionary Guard Corps has already been cooperating with Russian troops and auxiliaries in Syria.

Biden knows that he will need to restart negotiations with Iran.

Tehran has begun to see the benefits of its strengthened relationships with China and Russia. In late December 2019, Russia included China and Iran in a four-day Naval Security Belt maritime exercise across the Persian Gulf, the Gulf of Oman, and the Indian Ocean—waters hitherto controlled by the U.S. Navy’s Fifth Fleet. The nautical maneuvers tested Chabahar’s capacity to serve as a rival to the U.S. Naval Forces Central Command base in Bahrain. In September 2020, moreover, Iranian forces joined Chinese, Russian, and affiliated troops for joint exercises in the Caucasus.

China and Russia share an interest in resisting U.S. sanctions on Iran, including secondary sanctions, which impose burdens on countries that have not themselves adopted restrictions. China and Russia worked together in August to convince the UN Security Council’s other members, including such traditional U.S. allies as France and the United Kingdom, to table the Trump administration’s bid to snap back sanctions on Tehran. When U.S. Secretary of State Mike Pompeo later announced sanctions against entities in China and Hong Kong for assisting Iranian shipping, Dmitry Polyanskiy, Russia’s deputy representative to the UN, defiantly tweeted: “It’s not up to U.S. to tell us or others what they can or can’t do.”

Chinese and Russian officials made clear at a 2019 area studies conference in Beijing, which one of us attended, that their nations share the goal of deposing the United States as global leader. They seek to establish a multipolar system to replace the one that the United States has dominated. Zarif has adopted complementary rhetoric, tweeting that his country, too, has “rejected U.S. unilateralism and U.S. attempts to create [a] unipolar world.”

Biden knows that he will need to restart negotiations with Iran. As a candidate, Biden wrote that if Tehran were to return to strict compliance with the nuclear deal, “I would rejoin the agreement and use our renewed commitment to diplomacy to work with our allies to strengthen and extend it, while more effectively pushing back against Iran’s other destabilizing activities.” The inbound administration recognizes that it cannot elude Iran’s importance to the Persian Gulf region.

But the new U.S. administration will have a hard time convincing Tehran’s leadership, for which “deeds matter most,” that a reinstated or new deal will not be overturned as the original one was. Moreover, notwithstanding the onslaught of sanctions, Iran’s leaders have shown themselves unwavering in the pursuit of regional hegemony and regime survival. That they would now choose to restrict their country’s weapons capabilities, even as rivals elsewhere in the Gulf expand theirs, beggars belief. Biden may wish to entice Tehran away from Beijing and Moscow, but he will have little to offer a country that neither seeks nor desires an alliance with the United States.

China and Russia are the like-minded collaborators that Iran needs as it aspires to be a powerful player within a new world order. With those powerful regimes on his side, Supreme Leader Ali Khamenei can gamble that U.S. global dominance “will not last long,” as he has said, and Zarif can shuttle between Tehran, Beijing, and Moscow to strengthen the new triple axis and ensure that Iran will remain comfortably at its center.

The Foreign Policy Legacy of the “America First” President 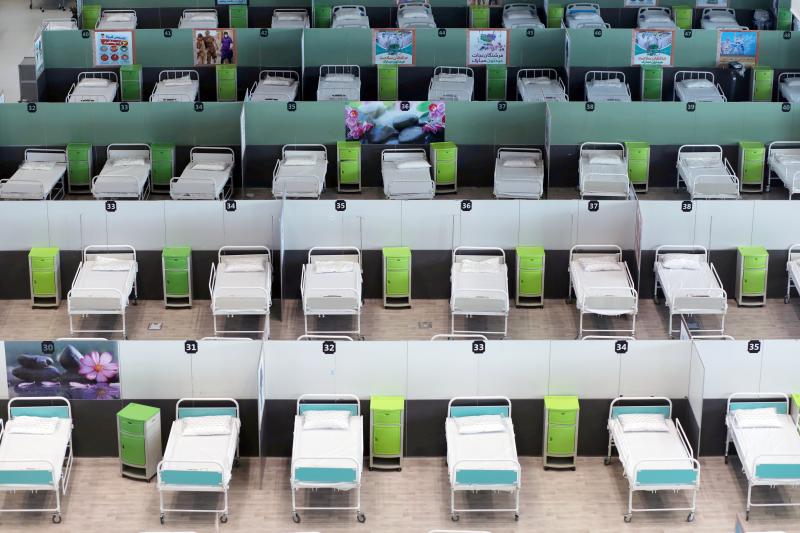 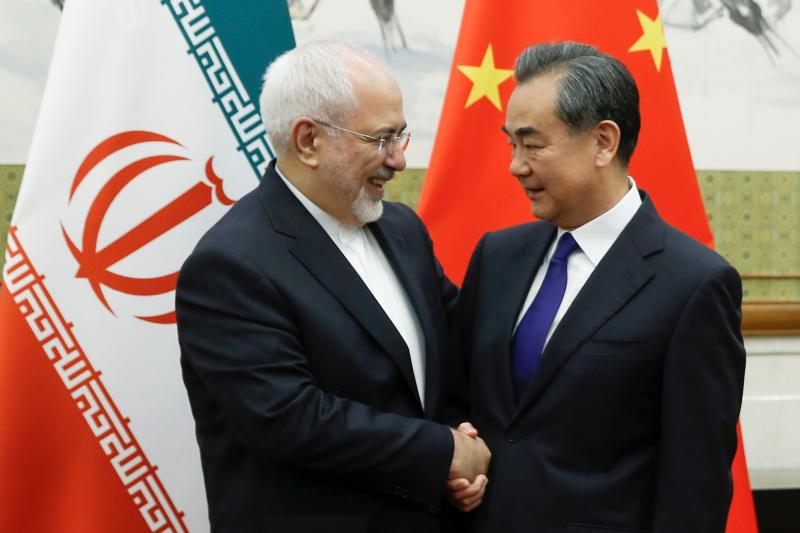