At noon on January 20, 2021, Joseph R. Biden will be sworn in as the 46th president of the United States. He will confront a daunting domestic agenda: the legacy of outgoing President Donald Trump will include a rampant pandemic and a host of unresolved social, cultural, ideological, economic, and administrative problems. Having committed himself to being the president of all Americans, Biden will need to contend with the grievances of millions who did not support him and who even question the legitimacy of his election. These domestic concerns will understandably consume the preponderance of the president’s time and energy.

But Biden’s de facto leadership of the “free world” beyond the United States’ borders will be equally important. China, Russia, and other authoritarian states, which have long seen democracy as an existential threat, are on the offensive, deploying all means of statecraft—diplomatic, informational, military, and economic—to advance their ends. The “un-free” world seeks to undermine international norms, Western liberal values, and democracy itself in order to enable the ascendancy of autocratic governments and permit their exercise of raw power. Biden will need to marshal the very strengths that define democratic government if he is to both mend domestic wounds and temper the threats that face democracies globally.

For two decades, a distracted United States neglected the reemergence of great-power competition, and China and Russia reaped the benefits. During its moment of unipolarity, the United States narrowly focused much of its energies on the Middle East and on immediate concerns, to the exclusion of emerging and long-term national security interests. China took advantage of the United States’ distraction and effectively marshaled its strengths to surge in power at a moment when the United States should have held the edge.

Under Trump, the United States disengaged from global affairs, and China and Russia took advantage of its absence to act with impunity and accelerate China’s climb toward preeminence. If the United States further retrenches or shifts to such strategies as offshore balancing, a void will expand that autocratic states will fill.

For decades, Russia has been using the well-honed tools of the Soviet security apparatus to assault democracies. Inside the United States, Russia has unleashed information warfare to exploit divisions and magnify inequities. In Africa, Europe, and the Middle East, Russia is even less constrained and draws on a broader array of tools. There, the Kremlin attacks democratic values not only through illicit financial and organized crime networks and information and cyberwarfare but also with energy coercion, assassinations, and military force. In this zero-sum game, Russia’s objective is simple: magnify discord, divide societies, and weaken democratic institutions in order to subdue opponents and thereby shift power to Russia.

Authoritarian states, which have long seen democracy as an existential threat, are on the offensive.

China, as the world’s most populous nation and its second-largest economy, poses an even more potent and pernicious threat to the United States than Russia does. The Chinese Communist Party’s “hide and bide” doctrine helped mask the danger until recently. Like Russia, China uses statecraft and malign influence to advance its interests and undermine democracies. More menacing, however, is its use of economic coercion against the United States and its closest allies. China has seized on the inequities of globalization and the perceived failure of the U.S.-led international financial system effectively to market the notion that state-led capitalism provides the better path to economic prosperity. China’s success in modeling an alternative, authoritarian, state-commanded capitalist system bolsters autocrats and lures some forces within struggling democracies.

Although there is no clear consensus as to whether China and Russia are collaborating to undermine democracies or simply advancing their independent interests, their common efforts are bearing fruit. During the Trump administration, nationalist populist movements blossomed globally, while many democracies backslid. The United States did not respond to these trends, but authoritarian states did—with support. Under a new administration, the United States must organize a concerted effort, by democracies and for democracies, to counter the rise of illiberalism and authoritarianism. The United States must host a democracy summit.

A multipolar world—even one in which the United States remains disproportionally powerful—calls for a level of burden sharing to which democracies are not accustomed. In 1992, the democracies in what is now the G-20 accounted for nearly 90 percent of the group’s GDP. Today, those same democracies account for only 73 percent of the G-20’s GDP. Their economic influence has diminished, but the problems they seek to solve in common have not, and the United States is no longer able or willing to carry the whole load. The sharing of burdens will be essential if democracies are to remain united in the pursuit of common interests and in the face of common threats.

Uniting the democratic world against the clear and present danger of rising authoritarianism is not an act of idealism but of realism. China and Russia already hold similar interests and perceive similar threats, such that they are inclined to view the world in terms of “us versus them.” To convene a summit of democracies will not therefore drive authoritarian states together so much as it will acknowledge the stark reality of a world bifurcated into authoritarian and democratic camps. The project of supporting democracies and advancing democratic values, in this context, is continuous with past U.S. policy.

The idea of a democracy summit is not new, but the need for one has never been greater. Together, the world’s democracies can devise cooperative solutions to their most vexing domestic problems by collectively addressing such shared issues as demographic shifts, social polarization, and growing inequality. Such shared efforts will make democracies more internally cohesive and collectively resilient.

At the same time, democracies can help protect one another against external attacks, including those that take the form of information warfare or economic coercion. Democracies must deter bad actors from interfering in their internal affairs by making clear that those who seek to exploit the openness of democracies by sowing discord will face reciprocal responses. Forewarned in this fashion, authoritarian states will accept the new ground rules, and all powers will benefit from the elimination of one area of increasingly serious conflict.

Uniting the democratic world against authoritarianism is not an act of idealism but of realism.

The summit should be a forum in which democracies can exchange best practices for addressing many areas of common concern. For instance, participants could share ideas for protecting important industries and technologies from foreign influence or for countering China’s economic exploitation. They could coordinate efforts to promote media literacy, expose information operations, and buttress civil society. And democracies could seek collaborative solutions to such global problems as climate change—and the authoritarian subversion of international norms.

Ultimately, the summit should include all the world’s democracies. But it might begin as a kind of “coalition of the willing,” setting forth a democracy compact that identifies the shared objectives of its participants and pledges institutional, technical, and financial support to those who join. Democracies that are insecure or backsliding may then find themselves attracted to the summit consensus, whether in principle or because they don’t wish to be labeled as holdouts. They would have the opportunity to sign on to the principles. The summit should not tolerate free riders: it must take extreme care to be sure that all burdens are shared.

The United States, in concert with the world’s democracies, can resist the coercion of authoritarian regimes without forcing a direct confrontation between the two systems. In fact, in a multipolar world, democracies must both cooperate and compete with authoritarian powers. Countries of both descriptions see climate change, nuclear proliferation, and transnational terror as threats: to counter these forces, among others, will require the United States to cooperate with China, Russia, and emerging powers in Africa, Asia, and Latin America.

The United States once ushered in an era of new democracies, giving those states succor and benefiting from their allegiance. Today, authoritarianism is once again on the rise, and it poses an existential threat to that order. The United States must lead the democratic world in defending itself from a reversion to historical patterns that could well lead to democracy’s demise. 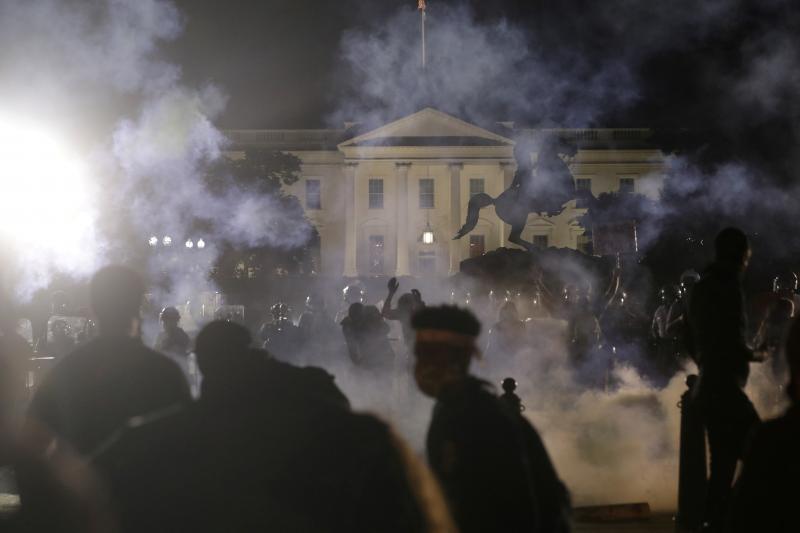 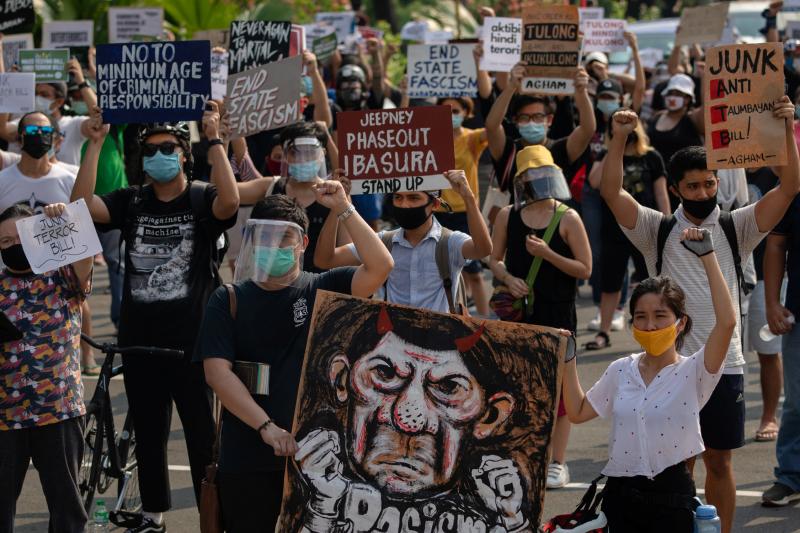