Democratic Values Are a Competitive Advantage

By Zack Cooper and Laura Rosenberger

Upon winning the presidency, Joe Biden promised to lead “not by the example of our power, but by the power of our example.” That pledge is important, because today’s competition between democracies and authoritarian powers is more than a power struggle: values lie at its heart. For democracies to succeed, they need not only to act in accordance with their values but also to understand that those values are their principal competitive advantage, and to use them as the source of strength that they are.

The current contest between democracies and autocracies is not primarily a military one. Rather, it takes place in the political, economic, technological, and information spaces, where authoritarian challengers—especially China and Russia—have seized the initiative. These states have strengthened their hands at home while undermining democratic institutions and alliances abroad. Around the world, democratic leadership and values appear to be in retreat.

Fortunately, well-functioning democracies have essential advantages in each domain of competition. They are more politically responsive than autocracies, both because they adhere to the rule of law and because civil societies help governments maintain the consent of their people. Economically, democratic governments with properly governed markets tend to promote healthy competition and to direct resources efficiently and equitably. That economic dynamism, coupled with personal freedoms, attracts global talent, which spurs innovation in the field of technology; and the competition of ideas fosters creative and productive public debates in the domain of information. Democracies that are properly governed and thoughtful about how to leverage these assets will find them to be of lasting strategic value.

To date, democracies have been slow to respond to competition in nonmilitary realms and have allowed unaddressed problems at home to erode their advantages. Autocrats have seized the moment, moving quickly to define the terms of the competition and take advantage of the openness of liberal systems. If they are to gain back lost ground, the United States and other democracies will need to reinvest in the essential sources of their strength, while also exposing the weaknesses of their authoritarian challengers. After all, competition is ultimately about the pursuit and use of advantages: successful competitors play to their strengths while managing their weaknesses and preventing their opponents from doing the same.

By embracing a strategy to offset autocrats’ recent advances, democracies can regain the upper hand. An offset strategy counters an adversary’s strength in one area by targeting its weaknesses in other areas. The United States has taken this sort of asymmetric approach in the past: to the Warsaw Pact’s numerical superiority in the 1950s, the Soviet Union’s strategic parity in the 1970s, and China’s recent military-technological innovations. Those offset strategies focused on restoring U.S. military advantages. With much of today’s competition taking place off the battlefield, the United States needs an offset strategy tailored to nonmilitary domains.

Shared values are democracies’ greatest edge in today’s competition. In late October, we released the findings of a bipartisan task force commissioned by the Alliance for Securing Democracy, which we direct. Co-chaired by Eric Edelman and Avril Haines, the task force included 30 leading experts from a variety of backgrounds and viewpoints. We were united, however, in the belief that the United States and other democracies need to make better use of the leverage that democratic values offer them. Doing so will mean linking such values to strategies for competing with authoritarian states. In the long term, this practice will boost U.S. national security by strengthening democracy at home while limiting the spread and legitimization of authoritarianism abroad.

The current contest between democracies and autocracies is not primarily a military one.

Values offer advantages in all the current domains of competition. The political struggle between democracies and authoritarians, for example, ultimately hinges on the question of whether governments will respond to or repress their people. Successful democratic governments evolve as societies change: people determine the government’s agenda, not the other way around. Authoritarian leaders, by contrast, maintain strict control over their countries’ political institutions, because they view free and open discussion as a potential threat. In the political competition between authoritarian and democratic states, authoritarians have largely played an “away game,” exploiting the fissures in democratic societies while enjoying sanctuary at home. When democracies fail to deliver effective governance or live up to their own ideals, authoritarian competitors use those deficiencies to discredit them. This must change.

To maximize their advantage, the United States and like-minded partners should demonstrate that responsive democracies have a winning hand to play, so long as they can get their houses in order. Democracies must show, in both words and deeds, their distinctive ability to respond and adapt to citizens’ desires. Improving the foundational practices of liberal democracy—such as free elections, independent journalism, civic engagement, public activism, and the competition of ideas—will both strengthen democracy at home and undercut the legitimacy and power of autocrats abroad.

In the economic domain, autocrats often use monopolies, state subsidies, market restrictions, and unwritten regulations to direct economic activity toward centrally determined ends. Autocratic kleptocracies enrich loyalists at home while weaponizing corruption and unfair trade practices abroad. Democracies that favor fair competition and the rule of law have distinct long-term advantages in countering such practices. Maximizing those advantages will require democratic states to invest in innovation and development in critical industries. At the same time, democracies should commit to an anticorruption agenda that includes domestic transparency and regulatory reforms alongside efforts to expose kleptocracy abroad. The United States and other democracies should work together to counter unfair and coercive economic practices when autocracies undertake them, as China currently has against Australia.

Today’s global competition is perhaps most intense in the field of technology. Democracies have fundamental advantages over their authoritarian counterparts in this area: countries with higher standards of living, top-tier universities, and strong civil liberties protections attract talent from around the world. But democracies have taken a hands-off approach to technology governance, which has allowed autocracies to shape standards and norms that advance authoritarian ends. For example, China’s Huawei is promoting a “New IP” standard at the International Telecommunication Union and in its 6G proposals that would redesign the underlying architecture of the Internet to allow nation-states to exert greater control over Internet traffic and access. China is also investing heavily in emerging technologies that serve as both tools of repression and pathways to power, such as facial recognition systems and other types of ubiquitous surveillance.

Democracies have been too passive in the technical bodies that set standards and help determine how technology is to be used. In order to ensure that norms, standards, and new technologies are conducive to democracy rather than corrosive to it, democratic governments need to increase their representation in, and cooperation with, such organizations and to work with industry in doing so. After all, competition within standard-setting bodies will determine not just which companies will control technology backbones but also which countries will protect and advance their systems of governance.

Finally, democratic and authoritarian governments hold fundamentally different views of the information space. Perversely, digital media offers autocrats new opportunities to create the impression that they are listening to their people, even while they simultaneously use these tools for surveillance and suppression. Authoritarian governments seek to control and manipulate narratives, shape digital platforms, exploit data, and set global norms conducive to their worldviews. China and Russia promote what they call cyber-sovereignty, or the concept that governments should control information and data flows, and they advance this agenda through technical proposals such as New IP.

Democracies need to be resilient in the face of information manipulation and data exploitation, but they cannot compromise on free expression or the open flow of information online. To achieve this balance, democracies must double down on truthfulness and transparency and invest in policies that harness those strengths, such as transparency requirements, user control and privacy protections, and measures that promote accountability and competition. Democracies will also need to educate their citizens about information manipulation tactics in order to build greater resilience to them.

Maintaining a free and open Internet will require democracies to construct data governance models rooted in shared values and democratic principles, such as transparency, privacy, and free expression, while protecting data from being used by authoritarian regimes for malign ends. Europe has begun developing its own frameworks for digital sovereignty, but its approach is at risk of diverging from Washington’s, and its emphasis on sovereignty risks confusion with the authoritarian approach. Democratic governments need to work together on a shared model that provides a clear contrast to the one authoritarians are advancing.

Offsetting autocratic advances will require democracies to seize on the advantages inherent to their open systems. They must build resilience into democratic institutions by increasing political and financial transparency, protecting voting rights, addressing systemic racism and inequality, bolstering independent media, and strengthening civil society. At the same time, they can exploit the brittleness of authoritarian systems by harnessing truthful information and exposing corruption. A values-based strategy to counter authoritarianism may require democratic policymakers to think and organize themselves in new ways in order to compete in a contest that blurs distinctions between offense and defense and among domestic, economic, and foreign policies.

As sprawling as the field of competition may seem, however, democracies must differentiate real threats from more manageable concerns. For example, while authoritarian regimes such as China pose a serious espionage threat, approaching all Chinese nationals seeking to study in the United States as a threat would deprive the United States of the diverse talent that has always been a source of its strength. Democracies must employ scalpels rather than sledgehammers to sculpt a world amenable to their values, and they must avoid being drawn into unnecessary battles that divert energy away from the competitive spaces where they have their greatest advantages or the most at stake.

The United States has every reason for confidence, so long as it protects and reinforces the democratic institutions and economic vitality that are its greatest sources of strength. To that end, policymakers must invest in emerging technologies, even while updating norms and structures to account for technological change. Washington should work to integrate efforts across the government and to find effective ways to cooperate with the private sector and civil society. It must simultaneously fortify the American commitment to transparency, openness, and accountability. 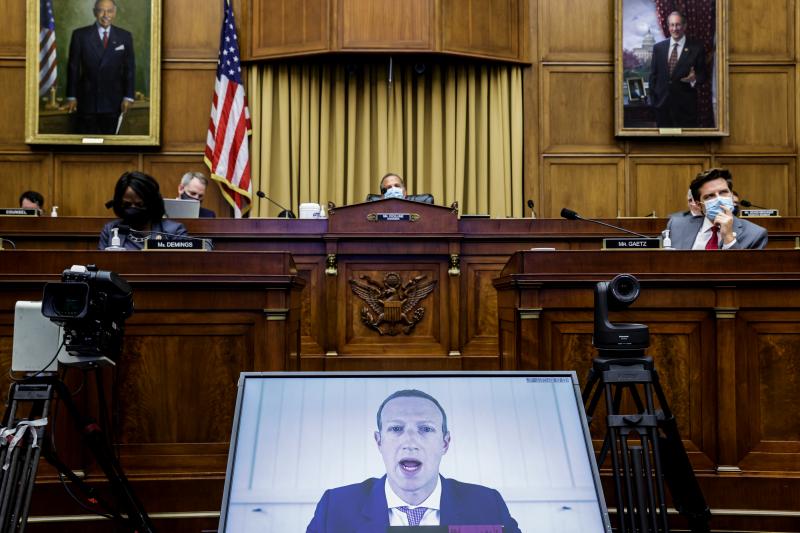 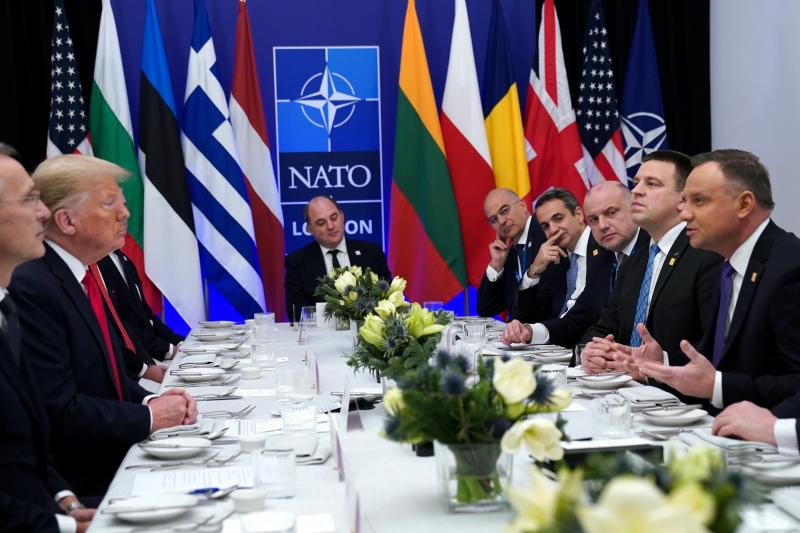