Biden Would Do Well to Work with Them

By Eric Garcetti and Nina Hachigian

For the first time in history, the majority of all humans—including four out of five Americans—live in cities. Throughout much of the world, these urban centers are linked, with leaders actively discussing and collaborating on solutions to pressing challenges. Yet most American cities have lagged behind their foreign counterparts when it comes to global cooperation, a critical tool for addressing the issues that affect their constituents.

But they are catching up. In response to the often destructive and divisive foreign policy of the Trump administration and a growing awareness that global forces shape the health, safety, and prosperity of their residents, the mayors of major U.S. cities have set about developing foreign policies of their own, focused on safeguarding the well-being of their constituents and doing their part to solve global challenges such as climate change.

This new era of subnational diplomacy has significant implications not just for cities but for the United States as a whole. Although local governments do not command troops or negotiate binding trade agreements, they work with international partners every day to bring benefits to their communities and advance U.S. values and priorities—in ways that both shape and guide American foreign policy more broadly. Over the next four years, U.S. President-elect Joe Biden will have a new opportunity: to make cities and states his partners in foreign as well as domestic policy.

Subnational foreign policy seeks to influence global policymaking and build pragmatic links between local governments both within and between countries. Over the past three years alone, we in Los Angeles have held bilateral meetings with the prime ministers and presidents of Armenia, Canada, Germany, Ireland, Israel, South Korea, Spain, and Vietnam, not to mention His Holiness Pope Francis. One reason cities and states develop these connections abroad is to boost local economies, just as the U.S. Department of Commerce and other agencies do at the national level. Local leaders design policies to attract foreign direct investment, promote tourism, and prepare for events such as the Olympic and Paralympic Games (which are set to be held in Los Angeles in 2028).

In Los Angeles, we’re working with the British government on solutions to major urban transportation challenges. As part of our efforts to develop sustainable freight and delivery services, we have promoted each other’s innovations, helped Los Angeles–based firms expand to British markets (and vice versa), and taken part in startup exchanges. We are also collaborating with the Japanese government and that country’s private sector to implement cutting-edge “green hydrogen” technology that, in a few short years, will deliver zero-carbon energy to Los Angeles’s electrical grid.

City leaders also support exports from local businesses and sponsor trade missions. In 2018, we led a delegation of Los Angeles business leaders on a trip to Asia, including Vietnam. As part of our discussions with Prime Minister Nguyen Xuan Phuc, we invited Vietnamese airlines to initiate nonstop service between Hanoi or Ho Chi Minh City and LAX—a move that would generate economic benefits for both sides and help the United States strengthen diplomatic ties with an important regional power. Simultaneously, because we carry our values with us, we also raised the importance of human rights.

Joe Biden will have an opportunity to make cities and states his partners in foreign as well as domestic policy.

In many cases, the relationships cultivated by city governments are with specific foreign partners that play an outsize role in local affairs. At the nadir of the Trump administration’s contentious relationship with Mexico, for example, Los Angeles worked with the Mexican foreign ministry to set up MEXLA, a first-of-its-kind binational citizens’ commission, with a mandate to deepen cross-border connections in science, clean energy, culture, sports, equity, and more. A few months later, Mexico convened a gathering of Mexican and U.S. mayors to build U.S. support for the U.S.-Mexico-Canada Agreement trade deal. (The meeting was so consequential that newly elected Mexican President Andrés Manuel López Obrador decided to attend). More recently, when war broke out between Armenia and Azerbaijan, the Los Angeles city government joined with other U.S. mayors to call on the Trump administration to intervene to stop the bloodshed—spurred on by our large Armenian diaspora.

Some city-to-city relationships have a multilateral component. Los Angeles is a founding member of the Urban 20 (U20), which pushes G-20 leaders to advance progressive priorities such as a green and just recovery from the COVID-19 pandemic—a valuable counterweight to increasingly nationalistic politics at the federal level in the United States. In 2018, at the U20’s first meeting, Los Angeles leaders told assembled officials from Buenos Aires, Paris, Seoul, Tokyo, and many other cities that despite what they were hearing from the White House, American cities remained open to the world, valued foreign partners, and cherished democratic ideals. In November 2020, Los Angeles—together with Barcelona, Freetown, London, Mexico City, and Tokyo—launched the first international city network to promote gender equity, as mayors have considerable power to improve the lives of women and girls, including in public safety, education, hiring, and public transit design. Finally, Los Angeles works closely with more than 20 international cities to accelerate local action on the UN’s Sustainable Development Goals.

The growth of subnational diplomacy underscores the inseparability of foreign and domestic policy. In an era of transnational threats, American cities are themselves frontline actors in national security—especially when the federal government fails to respond effectively to imminent threats.

The pandemic has offered a clear example of this. In the early days of the crisis, Los Angeles organized a vast testing infrastructure using firefighters and volunteers, including the largest drive-through testing site in the world. We enlisted the executive director of the Port of Los Angeles (the busiest container port in the Americas) to source protective equipment for local hospitals, brought thousands of unsheltered residents and domestic violence victims into safe beds, set up childcare for frontline workers, and mandated mask wearing in public. We provided direct cash assistance to our hardest-hit households regardless of immigration status.

As we took action locally, Los Angeles also traded lessons with other cities around the world. We held regular calls with dozens of mayors at a time, from Mexico City to Milan, and shared insights on everything from how to test for COVID-19 at elder-care facilities to the proper criteria for reopening our economies. Some cities passed these lessons on to their national governments—many of which were not as nimble in exchanging best practices.

Climate change is another national security challenge that mayors and other local leaders face daily. More than any other actor, city governments are tasked with protecting people from extreme weather and taking steps to blunt the impact of a warming planet. Although cities consume over 75 percent of the world’s energy and emit 70 percent of energy-related carbon emissions, they also oversee some of the most important levers for reducing emissions: building codes, transportation systems, utilities, ports, and waste and water systems. Los Angeles has its own Green New Deal based on the “Five Zeroes” pledge: that by 2050 or earlier, Los Angeles will have a zero-carbon electrical grid, transportation system, and building infrastructure; will send zero waste to landfills; and will waste zero water. That pledge has been accompanied by investments in green technology that have created tens of thousands of sustainable jobs in the past five years, including in our Black and brown communities and those with the lowest median incomes. These jobs include solar panel installation and public transit opportunities as well as construction jobs dedicated to expanding the city’s electrical grid infrastructure to incorporate more renewable energy.  Los Angeles does not do this work alone. Instead, it works with nearly 100 other cities through the C40, a powerful network of cities that holds its members accountable to aggressive zero-carbon plans.

The relevance of subnational diplomacy extends beyond cities themselves. City agreements can be critical building blocks for international action. A 2015 climate agreement inked at a forum of U.S. and Chinese cities hosted in Los Angeles paved the way for a national U.S.-Chinese agreement that enabled the Paris climate accord. The on-the-ground experience of mayors, whether on issues of climate change, immigration, gender, racial equity, COVID-19, or beyond, can help inform more effective and just national policies. The Biden administration should take note.

Mayors know, for instance, that force should not be the first nor the only tool of conflict resolution. Los Angeles has spent decades reforming its police department, but we have accelerated that process over the last several months in the wake of the United States’ national conversation on systemic racism. The federal government needs to internalize a similar lesson. Without addressing the imbalance between spending on defense and diplomacy, the United States will continue to use military force when other less costly and more effective interventions could be more successful.

We need U.S. diplomats and aid workers to offer solutions abroad but also to bring them home from unexpected places.

The same is true when it comes to understanding the value of partners. If you want to solve a problem at city hall, whether it is a teachers’ strike or locating a new park, all stakeholders need a seat at the table. The last thing a local leader would do is push away long-standing allies, as the Trump administration has done again and again. Tapping into a broad coalition strengthens a project’s mission and the city’s ability to deliver results, whether it is housing the unsheltered, growing exports, or planting 90,000 trees. This principle holds even for countries or groups that may not be immediate or intuitive allies.

Finally, just as in local politics, our diplomatic strategies need to embrace new and innovative ideas even if they come from outside government or the United States. As the saying goes, “Good mayors borrow ideas, but great mayors steal them.” Taipei’s highly successful COVID-19 strategy includes ideas that every city should adopt. Mexico City had an early earthquake warning system that inspired Los Angeles to establish its own. And the increasingly popular notion of “guaranteed income” is an import from Finland. We need U.S. diplomats and aid workers to offer solutions abroad but also to bring them home from unexpected places.

Under the Trump administration, many Americans were left wondering what their country stood for and where it was headed. So did many others around the world. But by looking at cities across the country where a majority of Americans live, those values remained clear. Cities stood up for climate action, gender equity, racial justice, and so many other defining issues—and it is time that the federal government recognize and build on that strength.

To rebuild a foreign policy consensus in the United States, leaders need to make diplomacy and international engagement more relevant to the daily challenges that Americans face. Cities, as the bridge between the local and the global, are the right place to start. We in Los Angeles and leaders in other global cities are ready and willing to partner with the Biden administration to unite the country around a foreign policy that works for Americans and for the world. 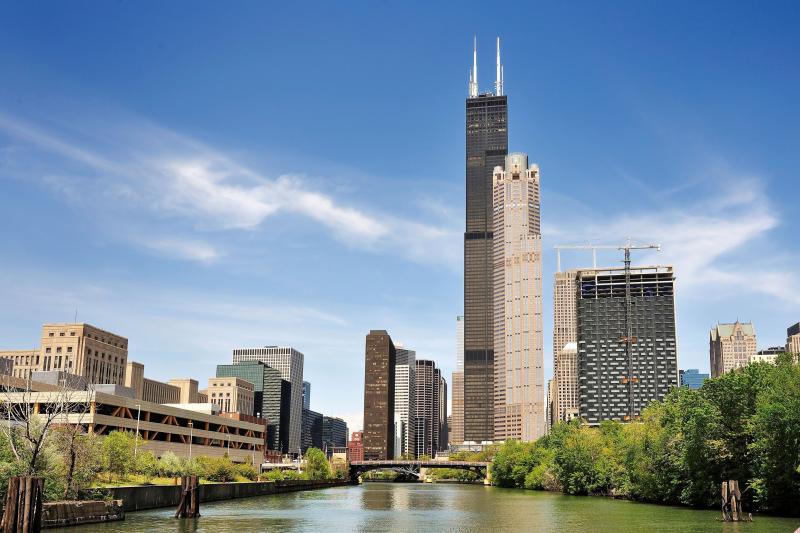 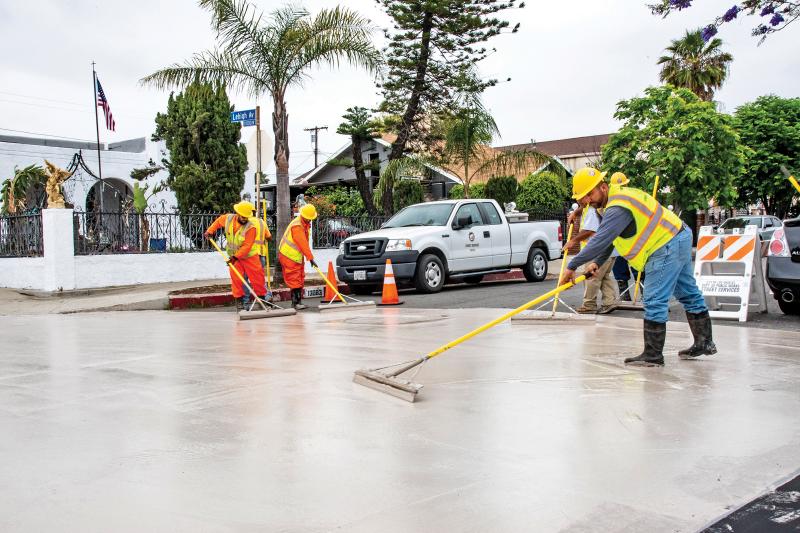