How Mob Violence Came to Washington

The armed, pro-Trump mob that stormed Congress Wednesday and violently disrupted the election certification proceedings made the world’s greatest democracy look like a banana republic in the grips of mob rule. Before the violence, the rioters had listened to U.S. President Donald Trump falsely decry a stolen election and then incite them to march on Capitol Hill. However surreal the episode seemed, the even bigger question is whether it represents the dying gasp of a corrupt and lawless administration or a harbinger of future strife. Both may be true.

The breaching of the Capitol’s perimeter was no doubt a colossal security failure. The legislature of the world’s most powerful country was swarmed by hundreds of armed, angry protesters. Law enforcement, which uses a heavy hand against Black Lives Matter protesters and prepares carefully to stop possible al Qaeda attacks, was apparently unprepared for the mix of white supremacists, anti-government extremists, conspiracy theorists, and other pro-Trump supporters who openly organized to “burn DC to the ground” to overturn an election at the behest of the president. Although it’s too early to point fingers, the Capitol Police and other security forces clearly have some explaining to do.

It’s worth a thought experiment here: what if a group of jihadists went online and called for their supporters to grab their weapons, gather in Washington, and seize Congress? At every stage, they would be stopped. On social media, intelligence and law enforcement agencies would gather evidence of a planned crime and identify dangerous individuals—and then arrest them before they tried to move. If that somehow failed, the police response would be aggressive and decisive. Yet because Trump rallies regularly feature violence, and because the president resorts to incendiary rhetoric as a matter of course, politicians and law enforcement may have become inured to the threat that his most extreme supporters could pose if pushed even further.

The chaos was more than a security failure, however; it also showed just how difficult it is for law enforcement, the military, and other security forces to act in a highly political environment. When Trump encourages violence and demonizes political opponents, he makes it nearly impossible for security officials to act without being seen as taking sides in a domestic political dispute, a perception that they are desperate to avoid. In June, for example, Trump staged a photo op with General Mark Milley, chairman of the Joint Chiefs of Staff, as police cleared out Black Lives Matter protesters from Lafayette Square. Milley later apologized for participating in the theatrics, and rightly so. It was exactly the sort of politicization officials should avoid.

The good news is that Trump’s departure from the White House will be a big step forward. In recent years, the FBI and the Department of Homeland Security have already increased their focus on antigovernment violence, but the administration hindered a stronger response. Unwilling to police pro-Trump extremists, it fixated instead on less dangerous movements such as Antifa. “There’s some reluctance among agents to bring forth an investigation that targets what the president perceives as his base,” one former senior FBI official told The Washington Post. “It’s a no-win situation for the FBI agent or supervisor.” Once Trump is gone, the police and others will be able to do their job without having to consider whether the president will back them, blast them, or try to exploit their actions. Out of power, moreover, he will no longer have the bully pulpit he once did, even if he does not fade away entirely. (Indeed, his tweets and speeches may grow more outrageous as he desperately tries to stay in the limelight.)

Perhaps the biggest question raised by the attack is the future of the movement Trump created. Trump has mobilized tens of millions of Americans, including many who were not previously politically active. The “Make America Great Again” movement is not particularly organized, but it is highly networked, with ideas swirling rapidly within it, often via social media. The details are difficult to pin down. It has aspects of a cult, but it also draws on nationalism, populism, white supremacy, and a host of conspiracy theories, including the bizarre world of QAnon.

The biggest question raised by the attack is the future of the movement Trump created.

Mass movements can be both a bridge to and barrier against violence. One study of Europe, for example, indicates that countries with strong anti-immigrant parties often had less, not more, anti-immigrant violence; because people felt the system was hearing their concerns, it was harder for extremists to seize on their anger. The danger becomes more acute, however, when movements feel that they have been thwarted by the peaceful political process—by, say, an election they perceived as stolen. Such an event convinces followers that the system itself is stacked against them and that politics as usual will inevitably fail. The vast majority of adherents will stay peaceful, but when a movement has millions of apostles, even a small percentage of them adds up to a large number.

The rampant conspiracies theories prevalent among Trump’s hard-core devotees make them both dangerous and unpredictable. Trump has long embraced conspiracy theories, and he will likely continue to do so as an ex-president. These theories may lead small groups or individuals to go off on their own, striking at perceived enemies, such as journalists or politicians. The seeds of illegitimacy Trump has sown will bear ugly fruit well into the future, and the United States should prepare for more unrest in the months and years to come.

But social media companies can slow the spread of misinformation, and they should be even more aggressive. The biggest of them are now vigilant when it comes to the Islamic State (or ISIS) and are starting to do more against white supremacist and other domestic radicals. But they need to step up their efforts to combat American extremists, even (or especially) when they are egged on by the president—a politically perilous step.  Twitter, Facebook, and YouTube went further than ever when they took down Trump’s posts during the crisis, and they will need to stay alert for future crises. They will also need to work closely with law enforcement to identify dangerous patterns and otherwise try to anticipate violence to help nip it in the bud.

An obvious remedy is a large-scale rejection of Trump by the Republican Party. Don’t bet on that. At least some responsible Republicans have reached their breaking point and condemned Trump for stoking the violence. But too many others are trying to split the difference to stay on his good side, talking about “election irregularities” but rejecting violence. If they think that is a tenable position, they are deluding themselves. To at least some angry and conspiracy-minded Trump followers, an illegitimate election justifies violence. When lawmakers play with this fire to court Trump’s approval, everyone gets burned. 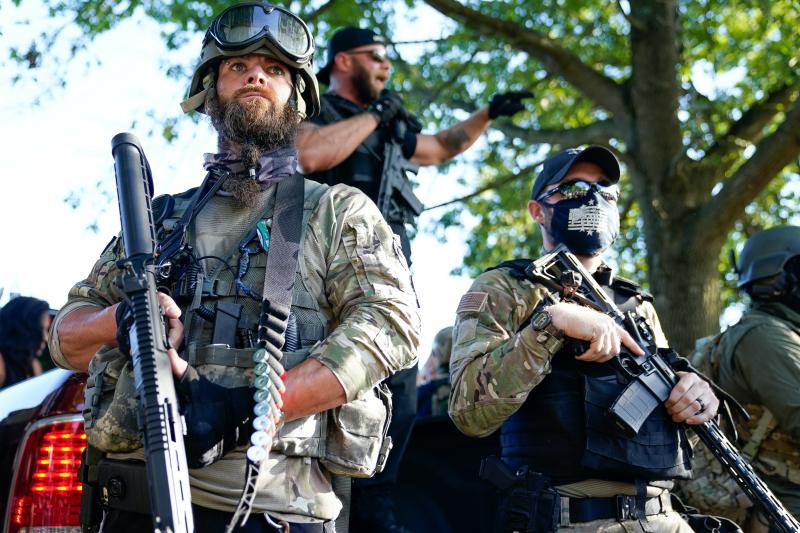 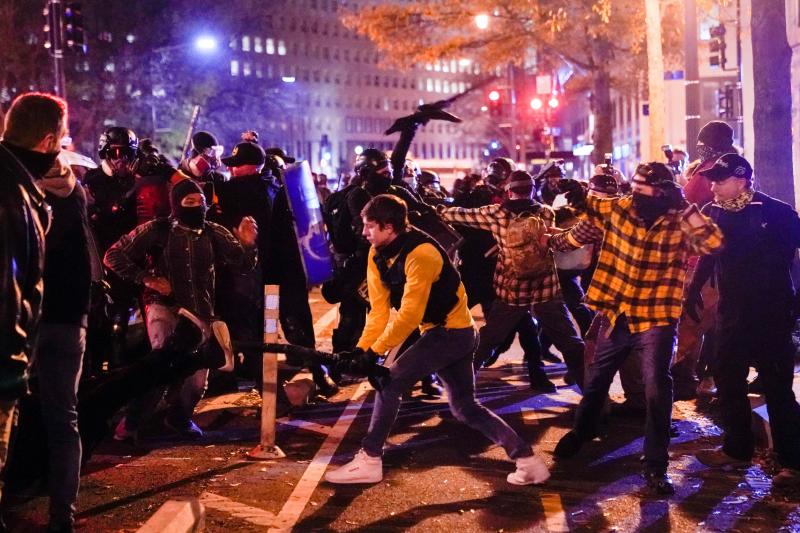 How Biden Can Rebuild a Divided and Distrustful Nation

Americans Must Get to Know One Another Again