Pathogens Have the World’s Attention

The United States Should Lead a New Push Against Bioweapons

By Nathan Levine and Chris Li

The novel coronavirus has demonstrated just how devastating a transmissible pathogen can be—and just how difficult to contain. After a year of pandemic spread, COVID-19, the disease the virus causes, has killed more than 2.5 million people, ravaged the global economy, and set off a cascade of social and political consequences that the world is only beginning to apprehend.

But the sobering truth is that, as deadly diseases go, the world got lucky. The global case fatality rate of COVID-19 is around two percent. One need only compare this to SARS (ten percent), smallpox (30 percent), pulmonary anthrax (80 percent), or Ebola (90 percent) to consider that the coronavirus could easily have been much, much worse. What’s more, these are all natural pathogens. The toll from a virus genetically engineered to increase transmissibility and lethality as a bioweapon could be almost inconceivable.

U.S. President Joe Biden has spoken frequently of restoring the United States’ credibility as a global leader. That task, which comes at a moment of global crisis, will require the United States to recommit to multilateral diplomacy, even while managing a dangerously deteriorating relationship with China. By acting on biosecurity—a neglected priority hiding in plain sight—Biden can make progress on all of these goals. Washington has an opportunity to lead in an era of heightened great-power competition, address the need for arms control measures that reduce the risk of biological weapons, and potentially even push China to cooperate to that end.

There can be little doubt as to the destructive capacity of bioweapons. Indeed, the release of one, whether intentional or unintentional, could have an effect wholly comparable to that of a nuclear weapon. And a weaponized pathogen is nowhere near as difficult to produce as even the crudest nuclear device: the World Health Organization concluded in 2015 that the virus responsible for smallpox could be re-created in three months through synthetic biology, using publicly available genomes, in a process most lab technicians or undergraduate students could manage.

U.S. President Richard Nixon recognized this catastrophic potential in 1969 when he ordered the termination of the United States’ offensive biological weapons program that year, declaring that “mankind already carries in its own hands too many of the seeds of its own destruction.” His decision paved the way for the signing in 1972 of the landmark Biological Weapons Convention (BWC), which bans the development, production, or stockpiling of biological agents that have no peaceful use. Today, a total of 183 countries (all but ten UN member states) are signatories.

The release of a bioweapon could have an effect wholly comparable to that of a nuclear weapon.

Nonetheless, after the Cold War, attention to the issue languished. The BWC was always an unfinished project, in that it lacked any legally binding mechanism to verify compliance. Starting in 1994, member states worked together to draw up a protocol to supply such a mechanism. But in 2001, the administration of U.S. President George W. Bush not only rejected the proposal as not in the national interest but, through the efforts of then Undersecretary of State John Bolton, successfully killed the proposed protocol and blocked further negotiation.

Now, however, the American public—and the entire world—is acutely aware of humankind’s deep, interconnected vulnerability to biological threats. As the COVID-19 pandemic demonstrates, viruses carry no passports and respect no borders. Pathogens that emerge from any corner of the world can impose severe costs on the rest of the globe. Thus the present moment provides an opportunity for extraordinary unity behind a new round of multilateral negotiations on biosecurity. Indeed, publics are likely to demand this from their governments.

In fact, the conversation is likely unavoidable. By coincidence or providence, the Review Conference of the BWC, a meeting held every five years to assess the performance of the convention, is scheduled for November 2021. The run-up to the conference over the course of this year, including a preparatory meeting in April, is certain to become a focal point for global debate on what should be done to increase biosecurity and biosafety.

The Biden administration has an opportunity to restore the United States’ leadership role on bioweapons—but doing so will require navigating the strained U.S. relationship with China. Beijing and Washington spent much of 2020 squabbling about biosecurity and the origin of the coronavirus. The administration of U.S. President Donald Trump alleged that the virus could have escaped from the Wuhan Institute of Virology and even reinforced this charge in a January 2021 State Department report that accused the lab of having conducted “secret projects with China’s military.” Chinese Foreign Ministry spokesperson Hua Chunying retorted that the United States “should open [its] biological lab at Fort Detrick . . . [and] invite WHO experts to conduct origin-tracing in the United States,” echoing a conspiracy theory that the U.S. military introduced the virus to China.

China has already prepared to take a leading role on biosecurity. Last October, at the UN, it committed to “strengthen[ing] global biosecurity governance” and to “deal[ing] with the . . . threats posed by biological warfare and bio-terrorism.” Moreover, it has tried to portray the United States as the only country opposing cooperation on biosecurity. At the UN, China declared that it “urge[s] the U.S. side to stop standing in the way of negotiations on a BWC verification protocol.” Beijing has even used the United States’ alleged opposition as an excuse for not engaging on arms control generally. For instance, in 2020, Washington invited Beijing to join bilateral talks addressing nuclear-testing concerns. But Beijing refused, declaring Washington’s call “absurd” because  “the United States stood singly in the way of negotiations for a [BWC] protocol that includes a verification regime.”

The Biden administration should move to preemptively call China’s bluff. It should rally global cooperation on biosecurity—before Beijing can hijack the BWC review process to entrench its own narrative of being the so-called responsible power. The United States should extend an offer to engage in new negotiations—one that China will have a hard time justifying turning away.

The United States and China have more to gain from cooperating on biosecurity than they do from allowing their disputes to thwart progress. The symbolic optics of engaging productively on this issue would redound to both countries’ benefit, in portraying both as leaders within the international order. And such cooperation could, in a small way, help to stabilize the U.S.-Chinese relationship. With relations arguably at their lowest point since normalization four decades ago, both Washington and Beijing have an interest in finding some remaining areas for cooperation on issues of genuine shared interest. Biosecurity cries out as one such area. Moreover, cooperating on biological weapons may help supply a foundation for future dialogue on other, more complex and controversial arms control concerns, such as nuclear weapons, hypersonic missiles, and autonomous weapons.

The United States should demonstrate its commitment to a renewed biosecurity effort by announcing a series of summits, modeled on the summits that the administration of U.S. President Barack Obama held on nuclear security in Washington, Seoul, and The Hague. The Biden administration should not automatically foreclose the possibility that Beijing might host one of these summits, contingent on Beijing’s willingness to take initial steps, such as no longer blaming Washington for allegedly introducing the novel coronavirus to Wuhan.

The summits would allow for a multilateral discussion of emerging biological threats that were not on the horizon when the BWC was drafted almost a half century ago. Among these concerns are novel scientific tools with potential military applications, such as synthetic biology and gene editing. Summit attendees could also work toward developing a much-needed verification mechanism for the BWC. Currently, the only way to address noncompliance is for one signatory state to request that the UN Security Council formally investigate another—but making such a request is a highly confrontational act, so states do not use it.

The BWC could urgently update its other administrative architecture as well, even before tackling a verification mechanism. Creating and funding a standing body with greater authority and capacity to oversee the BWC should be a summit priority. At present, the convention depends for its administrative needs on the tiny Implementation Support Unit, an office housed within the Geneva branch of the UN Office for Disarmament Affairs, and has a very limited mandate and a grand total of three full-time staff members. The ISU is funded not from the UN budget but by contributions from member countries, many of which have consistently failed to pay. If China or the United States wants to demonstrate leadership on biosecurity, either can start by significantly increasing financial contributions to the ISU and pushing other states to pay what they owe.

Most important—even more than the details of the Biden administration’s efforts to revitalize global biosecurity cooperation—will be that Washington visibly take leadership on an issue whose urgency has never been clearer. The symbolism of doing so will be as significant as the practical impact. Leadership on biosecurity is low-hanging fruit, and the Biden administration would be wise to seize it quickly. 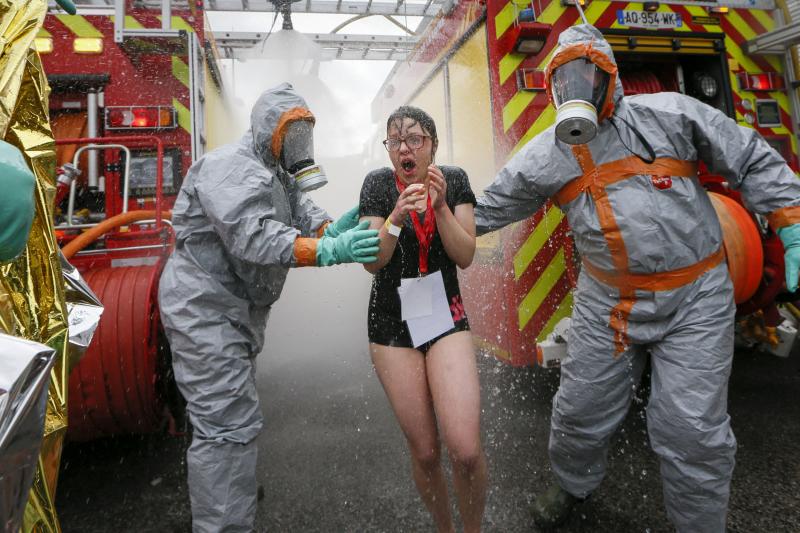 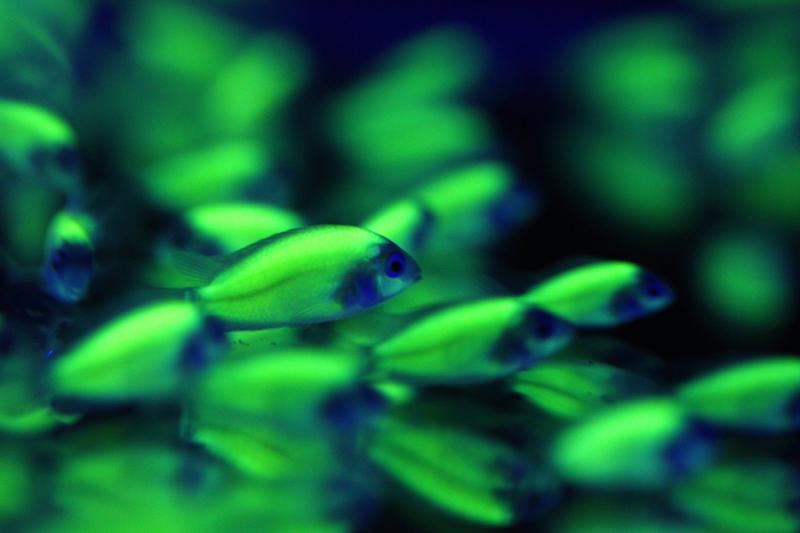