Producing a Vaccine Requires More Than a Patent

Intellectual Property Is Just One Piece of an Elaborate Process

On May 5, President Joe Biden announced that the United States would support an international bid to waive intellectual property rights to vaccines for the duration of the coronavirus pandemic, thereby ostensibly allowing other countries to ramp up production even of the sophisticated technology behind the Pfizer-BioNTech and Moderna vaccines against COVID-19. Many in the global health community and developing world welcomed the decision as a victory for greater equity in vaccine distribution, in which middle- and low-income countries are lagging far behind wealthy ones.

But the jubilation may be premature. The drive for intellectual property waivers originates in part from the world’s experience fighting the last war, against HIV/AIDS. Patent pools, intellectual property waivers, and other liberalizing mechanisms were urgent in assuring equity of access to lifesaving drugs during that epidemic. But these tools are better suited to medicines and other pharmaceuticals than to vaccines. Producing vaccines—particularly those as technologically complex as the messenger RNA (mRNA) inoculations against COVID-19—requires not only patents but an entire infrastructure that cannot be transferred overnight. The sharing of patents is an important and welcome development for the long term, but it may not even be the most pressing first step.

At the turn of the millennium, multinational pharmaceutical companies were charging $10,000 per patient for a daily drug regimen that could keep those infected with HIV/AIDS alive. Those in low- and middle-income countries in Africa and elsewhere could access this cocktail only under limited circumstances. Then, in 2001, the Indian drug manufacturer Cipla Limited began producing versions of a triple antiretroviral drug cocktail for a mere $350. Cipla, in collaboration with Médecins Sans Frontières (Doctors Without Borders), helped usher in a new era of global access to essential medicines—one that justified relaxing or even ignoring international patents and other property rights to produce and distribute an important and lifesaving drug as a generic.

Since that time, global health advocacy organizations have found increasingly sophisticated ways to work with multinationals in ensuring access to essential medicines for low- and middle-income countries. In the 2010s, the global health initiative Unitaid helped create a Medicines Patent Pool, in which pharmaceutical companies from all over the world offered antiretroviral drug licenses, thereby creating a path for developing generic versions so long as the patent holders received royalties. The mechanism supplied voluntary licenses to new producers even while protecting the legal rights of the drugs’ original manufacturers. Companies such as Gilead, for example, have supplied voluntary licenses for their antivirals directly to generic manufacturers, allowing for tiered pricing across countries.

Barely any COVID-19 vaccines have been administered in the African continent or in low- or middle-income countries in Asia and Latin America.

Global health professionals have understandably sought to ascertain whether a similar approach could help make the distribution of COVID-19 vaccines less lopsided. More than one billion vaccine doses have now been administered—but overwhelmingly to people living in just a few countries. More than half have been administered in the United States (250 million) and China (290 million) alone, followed by India (160 million), the United Kingdom (51 million), and Germany (32 million). In contrast, for all practical purposes, barely any COVID-19 vaccines have been administered in the African continent or in low- or middle-income countries in Asia and Latin America. Global health advocates have responded to this inequity by seeking to apply the lessons they learned from antiretroviral drugs and demanding patent pools or other intellectual property waivers for COVID-19 vaccines. In March 2021, Médecins Sans Frontières organized protests at the World Trade Organization (WTO) headquarters in Geneva, unfurling a banner that read, “No COVID Monopolies—Wealthy Countries Stop Blocking TRIPS Waiver,” referring to the organization’s Agreement on Trade-Related Aspects of Intellectual Property Rights.

The assumption underlying such demands is that intellectual property is a crucial barrier blocking vaccine developers, especially in low- and middle-income countries, from producing COVID-19 vaccines to scale—particularly the high-performing mRNA vaccines that Pfizer-BioNTech and Moderna currently produce. These vaccines elicit more than 90 percent protective immunity against both symptomatic illness and documented infection, including asymptomatic infection, with COVID-19. They are successfully driving the recovery of the United States, Israel, and other nations. But so far, mRNA vaccines are mostly invisible to Africa, Latin America, and low- and middle-income countries in other regions. The hope of those pushing for TRIPS waivers and patent pools is that these will unleash the technology to make the recovery global.

It Takes a Whole Ecosystem

Intellectual property sharing may be helpful in the long term. But producing complicated biologics, especially innovative ones such as mRNA or adenovirus-vectored vaccines, is not solely a matter of patent access. Small-molecule antiviral drugs are comparatively straightforward: the multistep chemical processes through which they are synthesized are often fully detailed in published patents or scientific papers. Chemists and formulation experts can often synthesize and scale up production just from knowing the drug structure. But vaccines are different. Producing and manufacturing lipid-encased mRNA molecules, recombinant adenoviruses, or even the proteins or whole inactivated viruses used in older-generation vaccines requires a far higher level of sophistication than is needed for producing small-molecule drugs. Moreover, vaccine production must meet stringent requirements for quality control, quality assurance, and regulatory oversight.

The effective transfer of such complex technology requires a receiving ecosystem that can take years, sometimes decades, to build. Countries seeking to ramp up vaccine production will need to train staff scientists and technicians. They will also need scientific administrators versed not only in basic research and development but also in detailed record keeping, including specific documentation practices such as batch production records. Moreover, they will need strong quality control systems and regulatory guardrails. Building such an infrastructure requires intensive training and often considerable financial investment and risk. It also takes time—by some estimates, vaccine development requires at least 11 years, and even then the probability that such efforts will result in bringing a vaccine to market is less than ten percent. Consider that the COVID-19 vaccines were themselves the outcome of decades of research and development. Few nations are prepared to take such risks.

Only a handful of low- or middle-income countries currently have the capacity to produce new vaccines.

Only a handful of low- or middle-income countries currently have the capacity to produce new vaccines. The most notable and largest is India, which currently makes the adenovirus-vectored vaccines developed by Janssen and by Oxford and AstraZeneca, as well as an older-technology recombinant protein vaccine and a whole inactivated virus vaccine. Manufacturers in Brazil, Cuba, and some Southeast Asian countries have experience producing childhood vaccines and may be able to develop the capacity to make COVID-19 vaccines as well. Other possibilities may develop elsewhere, including in the Middle East and Africa. But in the near term, such manufacturers will require financing, access to very large amounts of raw materials and supplies (possibly including relaxation of export controls), and some technical expertise in manufacturing and quality control if they are to produce the existing vaccines against COVID-19.

Vaccinating India alone will require almost two billion doses, and more than 12 billion doses will be required to vaccinate the world. The emergence of new variants and the need for booster doses may increase demand even further. Whether mRNA vaccine technology can be scaled to produce billions of doses in 2021, or even by early 2022, remains entirely unknown, but the goal is worth pursuing. To this end, some kind of patent relaxation may be necessary, but far from sufficient. Would-be producers will need technical know-how, regulatory controls, and components that are currently in very short supply, such as nucleotides and lipids.

To lay the groundwork for the transfer of mRNA vaccine technology to low- and middle-income countries, vaccine producers in India, Brazil, and an African nation or one in the Middle East should start by establishing hubs of excellence for chemistry manufacturing and control. These hubs would then support mRNA vaccine research, development, and production in areas of the world currently lacking access. They would supply on-site training to professionals, who would also receive instruction from the technical operations teams at Pfizer-BioNTech and Moderna. The hubs should work with the WTO to ensure that vaccine ingredients and equipment flow freely through international supply lines. Manufacturing plants might have to produce equipment and materials for such hubs: bioreactor bags, for example, and specialized filters. Both the hubs and the vaccine producers in low- and middle-income countries will need public support and sustainable funding from the United States and other G-7 nations, together with the World Bank Group, possibly through innovative financial instruments such as capital subsidies or purchasing contracts.

The vaccine production infrastructure that nations build today can be a bulwark against future pandemics. But to make it so requires thinking ten years ahead. Global institutions such as the recently established Coalition for Epidemic Preparedness Innovations, together with its Gavi, the Vaccine Alliance, World Health Organization, and Bill & Melinda Gates Foundation partners, would need to invest in preparing researchers and manufacturers to adapt to multiple different vaccine technologies. Diversity is critical: there is no way to predict which vaccine technology will be optimal to use against a particular pathogen, so researchers and manufacturers need to be prepared to ramp up efforts on any one of them. For instance, a vesicular stomatitis virus–vectored vaccine worked best to halt Ebola in the Democratic Republic of the Congo in 2019, whereas mRNA proved more advantageous for stopping COVID-19. Therefore, training efforts should seek to instill expertise in a range of biologics and biotechnologies. In parallel, global policymakers should continue to lift trade barriers and provide the resources and raw materials necessary to produce and scale their current vaccines.

International cooperation will be critical to the future of vaccine development and production, just as it is in the current emergency. If global pharmaceutical companies prove unwilling to grant voluntary licenses, patent waivers may be necessary. But they will at best remain a modest element of any truly global effort to produce vaccines. Producing vaccines for the world is complex, and the global vaccine ecosystem is fragile—but expanding it across the world’s low- and middle-income countries has enormous potential to halt this awful COVID-19 pandemic. 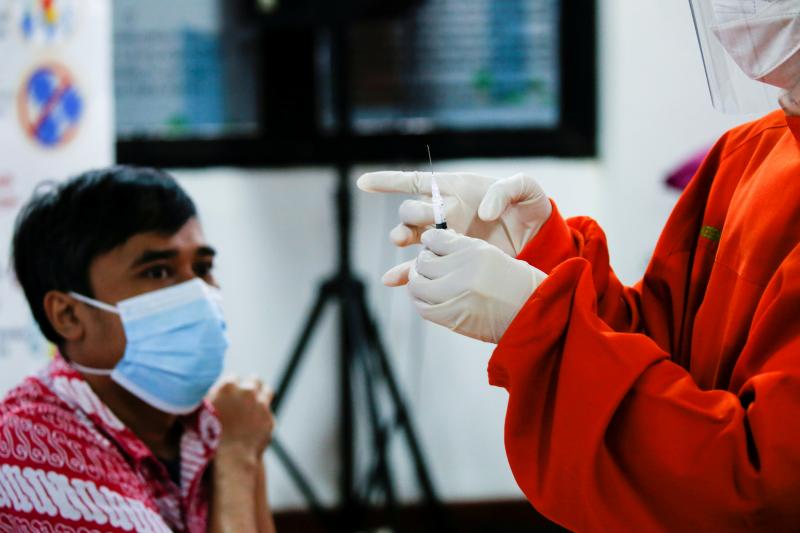 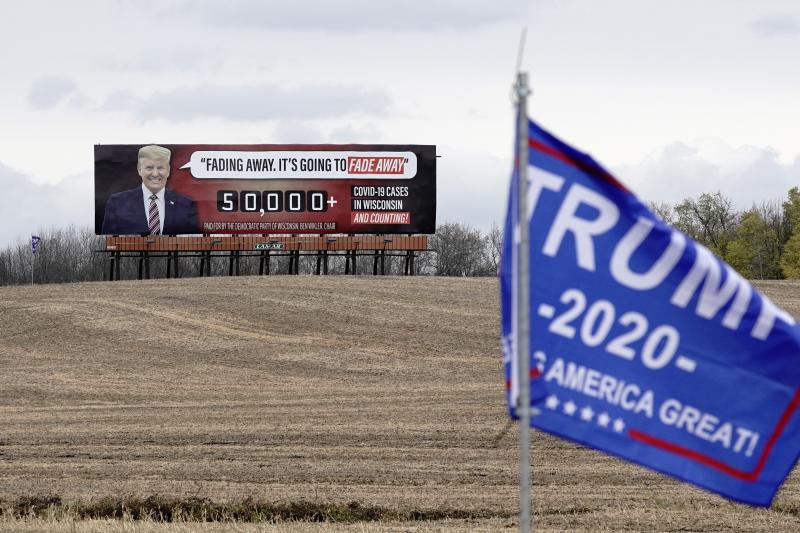