On May 14, a stranger approached an Asian American woman outside a grocery store in Berkeley, California. “Fuck you, CCP!” the man shouted, referring to the Chinese Communist Party. “It’s your fault for bringing the virus here; go back to your country!” Weeks later, a Vietnamese American woman was placing groceries in her car in Phoenix, Arizona, when two passersby threw her grocery bags on the ground while yelling, “Stupid fucking Chink!” and told her to go back to China.

These two incidents, documented by the discrimination-reporting center Stop AAPI Hate (a group that one of us, Russell Jeung, co-founded), are far from isolated events. Amid a global pandemic with roots in China, a long-running bilateral trade war, and U.S. sanctions targeting Chinese officials involved in human rights violations in Hong Kong and Xinjiang, Beijing has emerged as Washington’s primary geopolitical target—and Asian Americans are getting caught in the crossfire.

Spurred on by former U.S. President Donald Trump’s repeated invocations of the “Chinese virus” and “kung flu,” attacks against Asian Americans are on the rise. Forty-five percent of Asian American adults—over ten million people—reported directly experiencing racism since the start of the pandemic. According to another recent study, anti-Asian hate crimes in 16 major U.S. cities increased by 149 percent between 2019 and 2020.

Given the history of racial discrimination in the United States, none of this should come as a surprise. Periods of heightened geopolitical anxiety have long produced spikes in anti-Asian vitriol. Today, officials’ inflation of the threat from China combined with extremist rhetoric has restarted that cycle, causing segments of American society to now view Asians and Asian Americans as the enemy, regardless of their connection to the Chinese government. Without sustained action on the part of the Biden administration, this pandemic-era spike in violence may only be the beginning.

Anti-Asian racism in the United States has ebbed and flowed since the 1850s, when the first Chinese laborers arrived in the country looking for work in the recently discovered California goldfields. In 1868, in exchange for trading and missionary opportunities, the United States signed the Burlingame-Seward Treaty with China to facilitate travel for Chinese citizens. Workers quickly flowed into the United States, mainly to the West Coast. There, they played a vital role in building the transcontinental railroad and helped develop the agriculture, fishing, and mining industries.

As the number of Chinese workers grew, however, so did anti-Chinese sentiment. In the 1870s, the Workingmen’s Party captured seats in the California state legislature with the rallying cry “The Chinese must go!” White mobs went on to destroy and displace more than 300 Chinese settlements along the West Coast throughout the late-nineteenth and early-twentieth centuries. Eventually, politicians responded to this racism with the Chinese Exclusion Act of 1882—a wholesale ban on Chinese immigration. The act marked the first time in U.S. history that the government barred an entire racial group from entering the country.

At the same time, newspapers across the United States capitalized on the racist notion of the so-called yellow peril. Asian immigrants, the prevailing belief went, would steal jobs from white laborers, transmit foreign diseases with their weak bodies, and threaten American culture with their pagan traditions. Such caricatures of Asians as menacing often produced horrific results. In 1906, the Puget Sound American ran the headline “Have we a Dusky Peril? Hindu Hordes Invading the State” after 17 South Asian men arrived in Bellingham, Washington, to work in the city’s lumber mills. Less than a year later, a mob of more than 400 white men, mainly from a local group called the Asiatic Exclusion League, violently expelled 125 South Asians from the city.

Decades later, World War II exacerbated the discrimination. In 1942, President Franklin D. Roosevelt signed Executive Order 9066, authorizing the forcible incarceration of over 110,000 Japanese, including Japanese American citizens, in 12 concentration camps across the United States. Deprived of their constitutional right to due process, this community spent years behind bars and suffered more than $2 billion in property losses. As Doris Matsui, a Democratic member of Congress from California, noted during a congressional hearing on anti-Asian racism in March, “Our government and many of its leaders advanced the myth that the Japanese American community was inherently our enemy.”

Japan’s surrender in 1945 didn’t put an end to the climate of fear. During the early years of the Cold War, the FBI targeted Chinese and Chinese American scientists and students—questioning their loyalty to the United States and hounding them out of positions related to national security in government and the private sector. The U.S. government continues to rely on many of the same stereotypes and assumptions today. Over the past three decades, Washington has denied security clearances to military contractors because of their ties to China, banned Asian American diplomats from working on Chinese and Korean policy issues, and—as part of the Justice Department’s “China Initiative”—accused Asian Americans of economic espionage based primarily on their ethnicity.

In all these cases throughout American history, the government justified its discrimination in the name of national security or public health, making it difficult to debate the validity of evidence used in prosecutions, deportations, and administrative decisions. Many of the discriminatory policies, therefore, remained in effect for years—Japanese internment for three and NSEERS for 14. Only in 2016 did civil liberties groups, human rights organizations, and members of Congress manage to shutter NSEERS.

There are signs that the Biden administration hopes to break the link between government policy and anti-Asian racism. On May 21, President Joe Biden signed the COVID-19 Hate Crimes Act into law. To date, the legislation—which makes it easier to report, investigate, and prosecute hate crimes—is the highest-level U.S. government response to the recent rise in racist violence. But although the law is a step in the right direction, it fails to address a vital element of the recent surge in discrimination: U.S. foreign-policy makers’ consistent overexaggeration of China’s threat to the United States.

Starting in the Obama administration, the foreign policy establishment began to view Chinese actions through an increasingly skeptical lens. The tendency among lawmakers and analysts to describe Beijing as a near-existential threat intensified during the Trump era and has declined only modestly since Biden’s inauguration. In June, Representative Brian Fitzpatrick, a Republican of Pennsylvania and a member of the House Committee on Foreign Affairs, spoke of “the existential threat that the Communist Chinese Party poses to the United States and the entire planet.” To be sure, Chinese actions, including economic espionage and intellectual property theft, pose a real threat to specific U.S. interests. The U.S. military, however, still far outmatches the People’s Liberation Army, and there is no indication that Beijing actively seeks to destroy the American way of life. Exaggerated rhetoric that claims otherwise merely sows anxiety and mistrust among Americans and clouds the U.S. government’s ability to accurately assess China’s limited threat.

This inflated sense of danger has warped public opinion. In March, the Pew Research Center found that 53 percent of Republicans and Republican-leaning independents described China as an enemy, up from 38 percent in 2020. Negative views about China among Democrats also grew substantially—from 17 percent in 2018 to 38 percent in 2021. These overheated Cold War–era sensibilities play a central role in demonizing Asian Americans by association. Incidents such as the May 2021 assault in Berkeley—where an assailant conflated Asian Americans with the Chinese Communist Party—attest to this dangerous link between official foreign policy and racism.

Beijing has emerged as Washington’s primary geopolitical target—and Asian Americans are getting caught in the crossfire.

Thankfully, the public is paying more attention to this trend, and new coalitions are beginning to shine a light on the foreign policy roots of the current crisis. Government officials, including members of the Congressional Asian Pacific American Caucus, have become increasingly vocal in calling out jingoistic anti-China rhetoric and noting the peril it poses to American society. In June, Representative Judy Chu, Democrat of California, warned of the danger of “spreading unfounded suspicions that paint all Chinese people as threats” and that “put innocent Chinese Americans at risk.” Within the intelligence community, there is also a growing awareness that outdated counterintelligence guidelines often prevent talented Asian Americans, including those with relatives in China, from using their linguistic and cultural skills in public service.

Still, if Biden truly wants to reduce anti-Asian violence at home, he must adopt a more constructive China policy that does not depend on an exaggerated depiction of Beijing’s challenge to the United States. For one, such an effort should include bringing in personnel with a diverse set of opinions on U.S.-Chinese relations, including those who do not believe that the only course forward is extreme competition. Without a conscious effort to diversify internal deliberation on China policy, Washington’s behavior will continue to foster anti-Asian racism—just as it did during the Trump era.

The Biden administration should also support legislation that presents a more balanced understanding of U.S.-Chinese ties instead of bills such as the Strategic Competition Act, introduced in the Senate in April, that advocate a hard-line approach to Beijing. A companion bill (the Ensuring American Global Leadership and Engagement Act), introduced by Gregory Meeks, Democrat of New York and chair of the House Foreign Affairs Committee, is a far better alternative. Unlike its Senate counterpart, Meeks’s bill grants the administration more flexibility to manage relations with China and avoids some of the antagonistic language found in the Strategic Competition Act. The administration’s ongoing comprehensive China policy review should also reflect this more evenhanded assessment of the U.S.-Chinese relationship; officials throughout the government should be encouraged to openly address the need for mutually productive interactions with Beijing.

It is still possible to treat China as a geopolitical rival without stoking anti-Asian hate. This is feasible, however, only if policymakers work assiduously to delink foreign policy from domestic rhetoric. Instead of casting all official Chinese behavior as a threat to the American way of life, leaders in Washington must be clear about the concrete threat that Beijing actually poses to the United States and its values—keeping their criticism limited to specific actions: Beijing’s treatment of Uyghur Muslims or its intimidation of Taiwan, for instance. Deploying sweeping language such as “malign influence” or “existential threat” to explain the complex relationship between the two countries will inevitably lead to the criminalization of Americans even loosely connected to China or Asia.

A China policy based on a balanced assessment of Beijing’s actions would advance U.S. interests far more effectively than conspiratorial language about China’s supposed desire to dominate the United States. Demonizing an entire nation leads to the demonization of Asians at home. Until policymakers stop using China as a punching bag for all of the United States’ woes, Asian Americans will continue to be at risk. 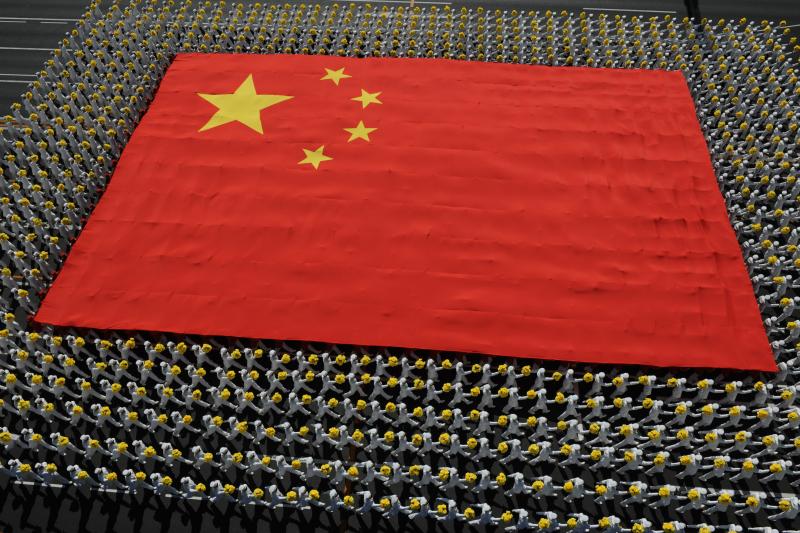 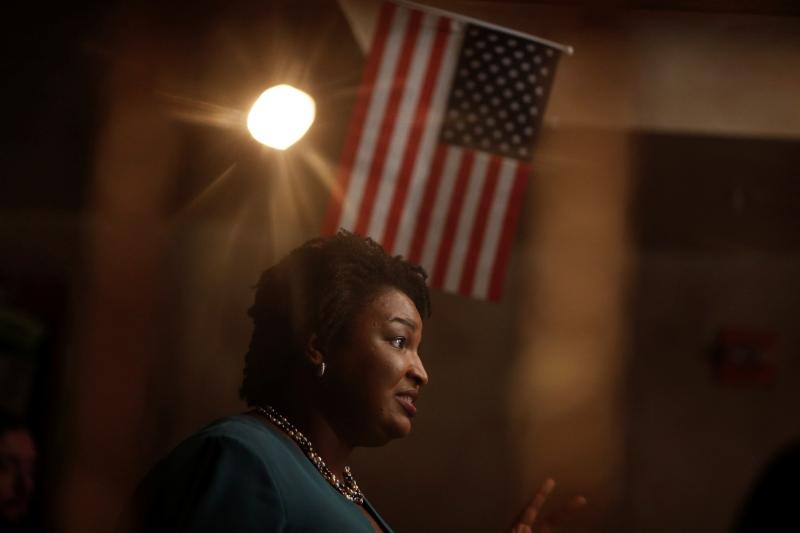 The Global Imperative to Rebuild Governance and Restore Democracy