On paper, the U.S. federal government was well prepared for COVID-19. Personnel tasked with emergency preparedness held posts at the Department of Health and Human Services (DHHS) and the National Security Council. The executive branch had budget authority to supply the Strategic National Stockpile. There was a “pandemic playbook” for dealing with high-consequence infectious diseases.

By any measure, though, the federal government botched its response to COVID-19. It mobilized slowly for a disease that was spreading rapidly. It bungled testing, first allowing no one to administer any tests while the Centers for Disease Control and Prevention tried to develop its own, and then allowing virtually any vendor to offer tests, without verifying their effectiveness. It allowed U.S. nationals to return to the United States from high-risk areas, and then turned away people arriving from low-risk areas, leaving returning passengers to exchange germs in long lines at unprepared airport points of entry. Federal officials were slow to learn that the Strategic National Stockpile lacked protective equipment, ventilators, and syringes. They were slower still to realize that no one else had them, either—and that the supply chains for procuring more equipment were inflexible and vulnerable.

The damage was compounded by singularly inept communication. Even when officials made sound decisions, they often undercut themselves by failing to explain their choices clearly. Their incoherence not only reduced the efficacy of their policies but eroded public trust and confidence, as officials seemingly contradicted themselves or shifted the goalposts. As long as federal officials’ communications are mumbled, confusing, contradictory, incomprehensible, sanctimonious, and disrespectful, they will contribute to the failure of bringing the virus under control.

President Joe Biden has done a better job than his predecessor in handling the deadly virus. But poor communication has plagued his administration’s response, as well. To convince the American public to take the necessary steps to combat COVID-19, officials should stop ad hoc messaging and tap the decades of research on risk communication. That research shows policymakers need to provide the scientific evidence supporting their recommendations. Moreover, they need to test their messages to ensure people understand what is being asked of them. That essential step appears to have been skipped during the pandemic, with disastrous results.

SHOW YOUR WORK, TEST YOUR MESSAGE

Experts often have misguided intuitions about nonexperts’ beliefs and behaviors. As a result, when their messages fail, it is easy and convenient for them to blame their audience as irrational. Research finds that people are, indeed, imperfect decision-makers who rely on heuristic rules when they try to make sense of unfamiliar situations. And heuristics can let them down. They may underestimate the exponential growth of pandemic diseases. They may have unwarranted faith in “hygiene theater”: feeling safe, for example, when they see cleaners wiping down surfaces in stores, without realizing that purifying indoor air is more important. They may underestimate the effectiveness of vaccines when they hear about breakthrough cases, without realizing how rare and mild they are.

The best way to counter pervasive misinformation is with better information. If officials communicate the evidence guiding their decisions, they demonstrate their respect for the public’s right to know and ability to understand the experts’ findings. The science of risk communication provides methods to convey facts that can be counterintuitive. It shows how practitioners can explain their evidence and reasoning so that the public is ready for changes in the science or on-the-ground realities.

Rather than demonstrating their diligence and competence, officials have sown needless worry and distrust.

Testing messages is key to this process. Experts, like everyone else, exaggerate how well they communicate. The task is particularly challenging when experts communicate with diverse audiences. As a result, experts’ intuitions are not to be trusted. The simplest testing takes just a little time and humility. Ask a few people from each segment of the target audience to think aloud as they read a draft message. Listen for passages they find confusing and for passages they find clear but misinterpret. When they are done reading, ask them what was missing, what went without saying, and how much they trusted the source.

Had federal officials communicated better, they might have changed the course of the pandemic. To craft a way forward, it is helpful to look back at how poor communication confused and alienated much of the public.

Some health officials realized early on that the pandemic could be a once-in-a-century event. On January 24, 2020, I attended a meeting of the National Science Advisory Board for Biosecurity, which advises the National Institutes of Health on biological research with military applications. Experts there acknowledged that COVID-19 could be a grave threat, especially if the virus proved to be contagious among asymptomatic individuals, as was shortly established. They knew that the virus could get everywhere and infect everyone. Word quickly spread among medical researchers and epidemiologists, who started work on vaccines and treatments.

Government officials did not, however, relay a coherent description of the mounting calamity to everyone else. Many people might have changed travel plans, moved relatives from congregate living facilities, or stocked up on medical supplies had they been told the gravity of the threat. One can only wonder how different people’s lives could have been if officials had shared what they knew.

Early on, the federal government blew a major opportunity to curb the spread of the virus when it provided conflicting claims about the efficacy of facemasks. First, officials said that masks were useless, then that they were de rigueur. Officials used the term “facemask” sloppily. They should have created a standard set of intuitively meaningful terms. Simply distinguishing between “hospital grade” and “homemade” could have helped. Officials should then have explained how different masks worked, with something as simple as describing the fibers in a homemade mask having “small enough holes to catch cough droplets, but not the much finer aerosol particles that people exhale.”

A troubling possibility is that federal officials shaded the truth about the efficacy of facemasks to ensure there would be sufficient masks for frontline workers. If that dissembling is true or is perceived to be true, public trust in government could, and perhaps should, suffer. A moral appeal might have convinced most people to follow a message like “use homemade masks so that frontline workers can use the hospital grade ones.” A competent communications program could have crafted and evaluated that message.

In the spring of 2020, many people accepted the model-based claim that a lockdown would “flatten the curve” and keep hospitals from being overwhelmed. However, little effort was made to explain the logic of that calculation and its limitations. In some states, officials shut down whatever they could, invoking the vague catchall phrase “out of an abundance of caution,” except for the ambiguously defined “essential services” sector. In both perception and reality, these policies left open places that should have been closed and closed places that could have been left open.

Officials claimed that they were “following the science.” Without showing the science, however, they left some people feeling that their lives were disrupted for no good reason and other people feeling that they were left needlessly exposed to risk. Reopening decisions were often no better explained. Had officials tested messages explaining their decisions, they could have satisfied the public’s right to know. They might also have discovered that some of their explanations did not hold water, potentially prodding them to change their policies for reopening and to protect public health at the least public cost.

The movie industry showed that it didn’t have to be this way. The governors of California and New York asked the industry to produce a reopening plan for state approval. Four union groups reached consensus on work practices, informed by health experts. For example, actors used personal makeup kits and crews got boxed lunches rather than buffets. The parties reached an agreement on testing protocols, informed by quantitative risk analyses. After negotiations with the studios and the states, sets reopened and have been largely disease free. Throughout the process, draft documents were shared, critiqued, and revised among the parties—communications that afforded them a shared understanding of the policies that reflected their feedback.

In the summer of 2020, a National Academies of Sciences, Engineering, and Medicine committee recommended a plan for the equitable allocation of COVID-19 vaccines once they became available. It charged the DHHS with gathering information, developing messages, and partnering with trusted community groups, such as community colleges, tribal health clinics, and school nurse associations. The plan was for DHHS to create messages that their partners would tailor to their communities—and provide the federal government with feedback on how those messages were being received.

The report emphasized the need for a firewall between risk communication (just the facts) and health promotion (here’s what we want you to do). It recommended that the federal government provide the unvarnished truth, with continually updated estimates of the safety and effectiveness of the different vaccines in different populations. But it failed to do so. Had federal officials been more transparent, they could have prepared the public for the vaccine campaign’s inevitable surprises. This would have made it easier to explain why the government was approving boosters for just some groups and why it paused administering the Johnson & Johnson vaccine after it discovered that a very small number of patients suffered from blood clots after receiving it.

To date there is no systematic risk communication program. Instead of tested messaging, relying on risk communication science, officials are running an amateur hour. They say whatever seems right to them without sharing their evidence or explaining their reasoning. And they do so in terms unfamiliar to much of their audience. Rather than demonstrating their diligence and competence, officials have sown needless worry and distrust.

That could be a step in the right direction. Whether the federal government is able to make good on that declaration will depend on a troika of factors. Public health officials will need to share their evidence. They will need to use the science of risk communication to make that evidence as clear as possible. And they will need to test their messages to ensure that they are understood. If federal officials do not make sound risk communication central to their pandemic strategy, they will continue to dig themselves and the American public into a hole. 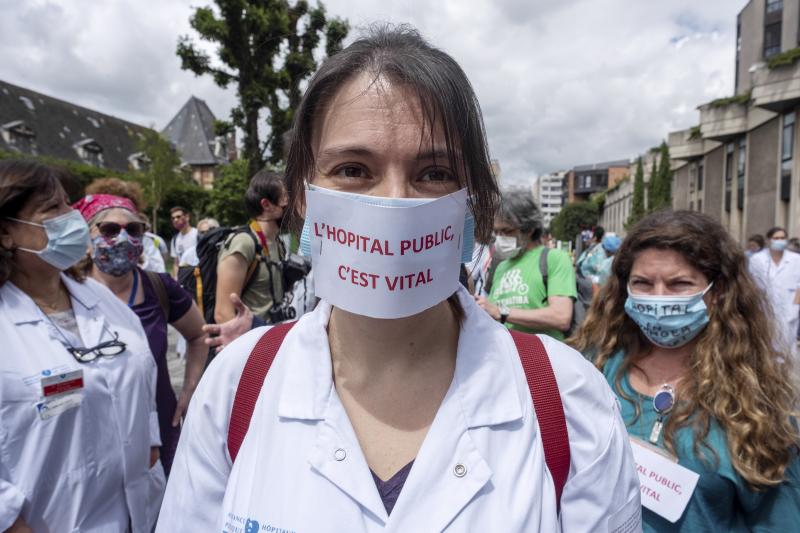 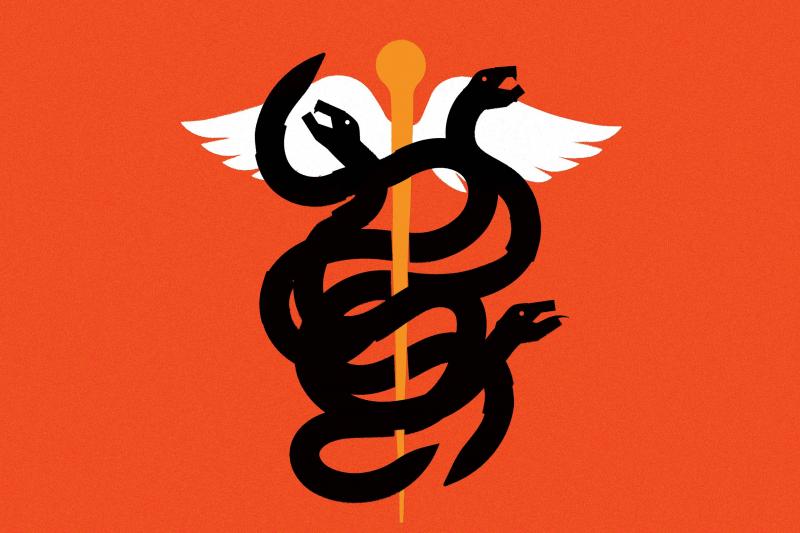