In the months before and after the 2020 U.S. presidential election, millions of Americans clicked their way through an online flood of disinformation, including the widely distributed falsehood that rampant voter fraud had allowed Joe Biden to steal what was rightfully Donald Trump’s victory. On January 6, 2021, the real-world consequences of this deception and delusion became clear, as thousands of pro-Trump rioters launched a violent assault on the U.S. Capitol, intent on stopping the certification of Biden’s victory.

The siege reflected two important trends that will continue to shape American politics in the coming years. The first is the mainstreaming of right-wing extremism. The majority of the rioters were hitherto ordinary Americans who had only recently embraced radical ideas. Their pathways to political violence did not involve a clearly defined ideology or an affiliation with particular groups but instead were shaped by a propaganda campaign that engulfed the full spectrum of right-wing politics: from Republican elected officials, prominent conservative commentators, and conservative-leaning major news outlets to newly minted social media influencers, minor radical organizations, and a burgeoning group of far-right niche media ventures.

Even before Trump’s rise, these forces had been gaining strength for years owing in part to the so-called war on terror. As I wrote last year in Foreign Affairs, the post-9/11 era was fertile ground for the far right, when law enforcement and intelligence services focused almost exclusively on the jihadist threat, and the fear of Muslim terrorists played into the hands of xenophobes, white supremacists, and Christian nationalists. Trump took advantage of those developments in his 2016 campaign, and by the time he took office, ideas that had long been relegated to the fringes of American society were rapidly becoming central to the country’s political ecosystem.

The mainstreaming of extremism has itself led to the second trend: a scrambling and recombination of extremist groups and ideas. Thanks not only to disinformation about the 2020 election but also to the polarization fed by the pandemic and the Black Lives Matter protests, those January 6 rioters who did belong to recognizable far right groups had become accustomed to having strange bedfellows—not just conspiracy theorists enamored of the pro-Trump QAnon movement but also “wellness” advocates opposed to vaccines, libertarians opposed to mask mandates, gun-rights proponents protesting perceived threats to the Second Amendment, and “accelerationists” seeking the violent collapse of political, economic, and social systems.

The post-9/11 era was fertile ground for the far right.

These changes have rendered violent extremist movements less coherent and more unpredictable than ever before. In the United States, such groups have generally been defined by relatively clear ideological leanings that aligned with specific intelligence and law enforcement strategies, training needs, and fields of expertise. But tactics such as monitoring, surveillance, and infiltration are harder to apply in an environment that is more spontaneous, fragmented, and characterized by rapid evolution and surprising coalitions. Simply put, the tools that authorities use to combat extremists become less useful when the line between the fringe and the center starts to blur.

The federal government urgently needs to adapt to this new reality. Extremism has gone mainstream; so must the interventions needed to address it.

Violent movements change in both strategic and organic ways as they make inroads into the mainstream. On the one hand, transformation results from top-down efforts to repackage ideologies to broaden the appeal of ideas the mainstream might otherwise reject. But it’s also caused by the bottom-up fragmentation and reassembling of extreme ideas that happens as people radicalize in a vast and ever-expanding online ecosystem, a process that often involves no contact with particular organizations.

Strategic changes are typically rooted in efforts to reach and recruit broader audiences, but in the process, those changes often fundamentally alter fringe movements themselves. For example, the far right has historically defended traditional norms regarding families and has opposed policies such as same-sex marriage. But some far-right groups now claim that rights for women and LGBTQ people represent core Western values that they aim to protect against a supposed threat from Islam—especially by restricting immigration. Radical nativists have reframed their agenda to appeal to people who care about environmental issues by arguing that border closures or limits on migration will reduce pollution and preserve scarce resources.

Organic changes are more bottom-up in nature, driven by the patchwork essence of an online information ecosystem that easily moves a casual reader across disparate frameworks. Shifts in how extremist propaganda is produced and distributed—fewer manifestos, more memes—have allowed individuals to cleave off bits of ideology and reassemble them into new and unexpected forms. Thus a self-described “Bolshevik” white supremacist group calls for the liquidation of the capitalist class, far-right groups praise the Taliban and the Unabomber, QAnon spreads through yoga studios and alternative medicine communities, and antigovernment militias join forces with left-leaning antivaccine groups to protest restrictions and mandates related to the COVID-19 pandemic.

When it comes to dealing with extremism, other countries are far ahead of the United States.

As ordinary individuals encounter these ideas, whether through custom-tailored propaganda or through more grassroots efforts amplified by social media, they assemble them into their own personalized belief systems. This is a far cry from more traditional models of radicalization in which people gradually adopt an identifiable group’s ideological framework—such as fascism or neo-Nazism—that calls for violent solutions against a common enemy. These more coherent processes involve initiation rites, manifestos, leaders, and a chain of command that guide beliefs and actions. Those elements are largely absent from today’s patchwork, choose-your-own-adventure mode of radicalization.

When it comes to dealing with this kind of metastasizing extremism, a number of other countries are far ahead of the United States. They have recognized that the only way to address the mainstreaming of extremist ideas is to focus on the mainstream itself. Canada, Germany, New Zealand, and Norway have all adopted multisectoral approaches, drawing on resources and expertise from as many as a dozen federal agencies, including not only security and intelligence services but ministries of education, labor, health and human services, youth and families, social services, and culture and the arts. They have committed billions of dollars to efforts that build community trust, increase equity and social inclusion, combat racism, and improve media literacy and civic education so that citizens will be more likely to recognize and resist propaganda, disinformation, and conspiracy theories.

These approaches treat violent extremism less as a security issue than as a societal problem more akin to a public health threat. They integrate counter-extremism and violence prevention into community arts programs, soccer clubs, and interfaith dialogues. Educators, youth social workers, and other practitioners receive regular training—including through state-funded workshops, retreats, and seminars—to improve their knowledge of warning signs, learn about extremist culture, and develop pedagogical strategies. Public funding supports family counseling for people who have relationships with radicalized individuals, including their parents, siblings, teachers, and employers.

Data on the efficacy of such programs is hard to come by. But when my research lab began to test these models in the United States, my colleagues and I found clear evidence that they work. We created a guide to equip parents with tools to intervene in youth radicalization and then assessed what more than 750 parents and caregivers learned from reading it. We found that it took only seven minutes of reading for participants to significantly improve their knowledge and understanding of extremism and youth radicalization in ways that make it more likely they would act appropriately when dealing with a young person at risk. More than 80 percent of parents and caregivers reported that, after reading the guide, they felt “definitely” or “probably” prepared to talk with youth about online extremism and to intervene with youth they worried were in contact with extremist ideas. We have had similar success using video content (including animation) and training seminars conducted virtually.

In contrast to the holistic approaches pursued by some of its allies and partners, the United States houses its prevention efforts almost exclusively within the Department of Homeland Security. This is because in Washington, countering violent extremism has historically meant focusing more on the violence and less on the extremism. In the post-9/11 era, U.S. officials have essentially measured their success by determining how well they’ve barricaded the doors against violence from an already radicalized or radicalizing fringe. What’s been missing is a strategy to stop people from becoming radicalized in the first place.

There has been some change in the U.S. approach since the January 6 riot. For example, DHS has significantly retooled much of its prevention work, moving experts into regional offices where community-based specialists work more directly with school safety officers, religious leaders, and other practitioners and partners. Last June, the administration released the first-ever U.S. national strategy to counter domestic terrorism, which embraced a public health approach characterized by more interagency collaboration, community-centered prevention, and new investments in media literacy, critical thinking skills, and evidence-based programs to strengthen “user resilience to disinformation and misinformation online.” Notably, the new U.S. strategy directly spells out the need to confront long-term contributors to domestic terrorism, including racism, easy access to guns, mental illness, and the lack of civics classes in schools.

These represent substantial steps forward for a country that has spent decades focused on the security aspects of counterterrorism and combating extremism. But the Biden administration needs to treat this agenda with an even greater sense of urgency. At a minimum, the United States needs a well-resourced interagency task force to carry out the prevention efforts currently controlled exclusively by the security and intelligence sectors. The focus should be on building democratic resilience in the mainstream, not just mitigating the risk of violence from the fringe—with decision-making authority granted to experts in education, social work, and mental health. Washington should also provide significant funding for this kind of work to states and municipalities, making clear that such efforts are more than an afterthought to the security measures on which the United States spends untold billions of dollars.

In the absence of such steps, the risk of more political violence will continue to grow. In a November poll, troublingly low numbers of respondents said they would trust the official results of the 2024 presidential election if their preferred candidate loses: 82 percent of Democrats and only 33 percent of Republicans. If officials can’t find ways to push extremist ideas back to the fringes, the January 6 riot might someday look less like the last gasp of Trump-era extremism and more like a prelude to an era of violent division. 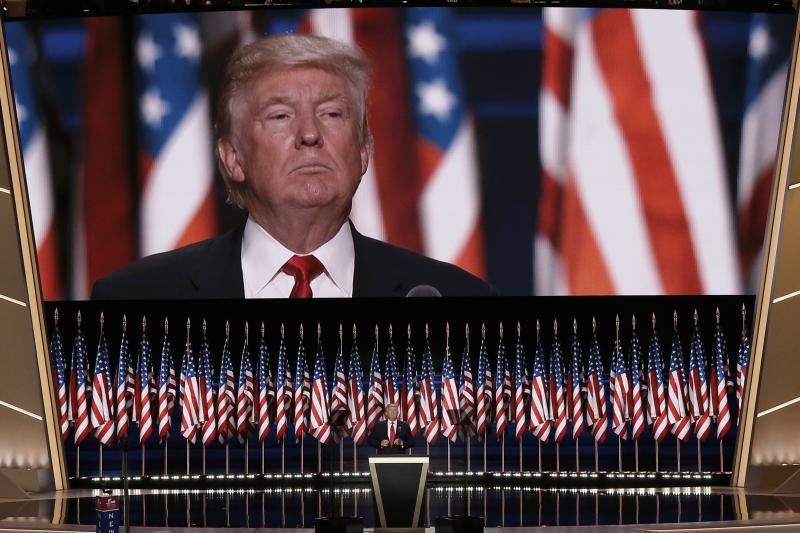 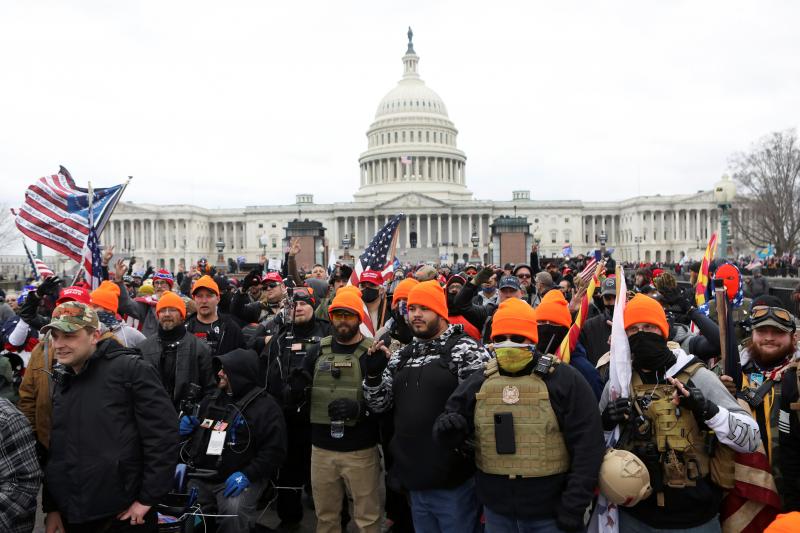