A Response to “How Poverty Ends”

In “How Poverty Ends” (January/February 2020), Abhijit Banerjee and Esther Duflo, two of last year’s three Nobel laureates in economics, contend that “the true ingredients of persistent economic growth”—development of the sort that pulls people out of poverty and raises living standards across the board—“remain mysterious.” They understand poverty as a big puzzle to be solved mainly through experiments, notably randomized controlled trials. I have admired and supported Banerjee and Duflo from the early days of their economics training. But I believe theirs is not the right way to understand the challenge of ending poverty. There are not huge mysteries about what is needed to end extreme poverty. Practical solutions are largely known and within reach; what poor countries need is not more economists performing randomized trials to confirm what experts already know but good governance and development assistance to cover financing gaps.

I stated my basic position 15 years ago in The End of Poverty. Most of the progress in ending extreme poverty, I argued, would come mainly through long-term economic growth that would result from good governance, investments in health and education, and the global spread of technological advances. Development aid would, however, be necessary to break poverty traps or accelerate progress in certain disadvantaged regions, especially in the deserts, tropical drylands, and distant inland regions of sub-Saharan Africa and Asia. I argued that if the world’s rich countries converted 0.7 percent of their respective GDPs into well-targeted development assistance, extreme poverty could be ended by 2025. (This recommendation was and is well within the realm of the feasible. Rich countries have promised 0.7 percent of GDP in aid on several occasions—for example, at the International Conference on Financing for Development in Monterrey, Mexico, in 2002.) I also noted that most seasoned development practitioners—including epidemiologists, agronomists, engineers, sociologists, educators, and others—believed that they already had the technologies and tools for success but needed incremental financing to bring those technologies to impoverished regions.

Few donor governments have followed the course that they promised and that I proposed. Today, rich countries are giving an average of just 0.31 percent of their GDPs per year in development aid—an annual shortfall of about $200 billion from my recommendation in 2005. As a result of this global shortfall, around five million children under the age of five will die from preventable causes in 2020, and around 260 million school-age children will be unable to go to school. Moreover, if the dearth of funds continues, the poorest countries will be unable to achieve the UN’s Sustainable Development Goals, which call for ending extreme poverty and hunger by 2030, among other things. The International Monetary Fund has found that the “fiscal gap” for reaching the Sustainable Development Goals comes to around $350 billion per year, or roughly 0.7 percent of the income of the rich world.

Extreme poverty is clearly on the wane, largely because of the market-based diffusion of technologies.

But the challenges remain daunting. The need for more aid is particularly urgent in sub-Saharan Africa, where governments do not possess the domestic revenue bases needed to build infrastructure or provide vital public services such as health care and education. Although sub-Saharan countries may emerge from this morass on the basis of their own financing, such a process would be too slow and accompanied by much avoidable suffering: tens of millions of lives will be lost unnecessarily to disease and hundreds of millions of lives will be hindered by illiteracy and other extreme privations unless the developed world supplies these countries with increased assistance to ensure investment and vital public services.

Ultimately, development experts know a lot more about how to stimulate economic growth than Banerjee and Duflo seem to suggest. Poor countries can catch up by exporting labor- and resource-intensive products and using the proceeds to build human capital (skills and health) and infrastructure (roads, railways, and ports). This approach works well when countries are at peace, reasonably well governed, and close enough to sea-lanes and major markets to generate profitable business investments. Scholars of economic growth call this process “conditional convergence,” and evidence for it abounds around the world. As an economic adviser to the Polish government in 1989, following the end of Soviet dominance, I listened to Poland’s democratic leaders bemoan the inevitability of chronic economic crises and even hunger and civil war. Yet this pessimism made little sense because Poland’s economic links with nearby western Europe could readily be restored. In Poland’s case, the country’s proximity to wealthier countries and ability to maintain open trade, property rights, social services, and a convertible currency—steps I recommended to the government—could promote convergent economic growth. According to data from the International Monetary Fund, Poland’s GDP per capita in 1990 (as measured in international prices) stood at 32 percent of Germany’s. By 2019, it had risen to 63 percent of Germany’s.

PUT THE TESTERS TO THE TEST

One does not need to carry out an experiment to test the efficacy of the approach that has worked in East Asia, eastern Europe, and elsewhere. But Banerjee and Duflo suggest that only randomized trials can yield genuine insight into how to end poverty. Tellingly, they contend that it was only after a series of randomized trials, whose results were published in 2010, “found that charging people for bed nets, which was once thought to make the nets more likely to be used, in fact decreased their use” that “major development organizations [decided] to abandon fees” for the nets. This description is simply wrong. As the director of the World Health Organization’s Commission on Macroeconomics and Health, I began advocating the mass free distribution of bed nets to the poor in 2000 based on the already voluminous evidence from the world’s top malaria experts that the bed nets were highly effective and could save vast numbers of lives. In 2008, my advice on the mass free distribution of bed nets became official UN policy. The bed net study that Banerjee and Duflo reference was published two years later, after many breakthroughs in public policy and funding that were a decade in the making and after the distribution of around 400 million free nets between 2004 and 2010.

Randomized trials can, of course, be useful in certain situations. They are a potent method of evaluating new medical treatments and have helped prove the efficacy of many interventions, including insecticide-treated bed nets. Yet once practitioners and policymakers have enough information, they can and should move forward without endless new experiments, especially when millions of lives are at stake. Economists typically underestimate what is already known because they are not in direct contact with the real subject experts, such as the epidemiologists, parasitologists, agronomists, and civil engineers. Development-focused institutions urgently need cross-disciplinary teams, not experiments to test the known or the obvious.

An overreliance on trials would leave development institutions paralyzed, exhausted, and stumbling.

Randomized trials are also often inappropriate when the issue is not the efficacy of a specific intervention (such as a medicine) but how to deliver a proven intervention in a local context. Management practices that work in one cultural or geographic environment might not work well in others. In such circumstances, the most effective ways to deliver proven interventions are often best identified through “learning by doing,” work that takes into account practitioner expertise and the local context. This is also true when the policy challenge is to manage several proven interventions simultaneously. What’s more, randomized trials should not delay the implementation of proven life-saving interventions. Speedy, forceful execution is undeniably important when lives are at risk. An overreliance on trials would ultimately leave development institutions paralyzed, exhausted, and stumbling.

History and geography have provided a vast wealth of development experience. Practitioners and policymakers know, or should know, how to tap into this knowledge. Cross-disciplinary research projects and teams are vital for harvesting and utilizing existing information. Before taking on an investigation, researchers have an obligation to canvass existing knowledge and to ensure that any proposed trial would truly be useful. To end extreme poverty, governments, public and private organizations, and individuals must do much better in deploying the vast and remarkable information they already have within reach if they look diligently and skillfully.

Poor countries are today limited primarily by a lack of education, skills, and infrastructure; these need to be addressed through more development financing rather than randomized trials. The United States and many of the other rich countries remain unwilling to extend adequate help to the world’s poor despite their vast wealth, extensive knowledge, and powerful tools. U.S. President Donald Trump’s new budget calls for further cuts to development aid and for security spending roughly 25 times as great as the aid he proposes. This rejection of development aid, combined with a disdain for existing development knowledge, is the real cause of the continuing crisis of extreme poverty in the midst of great global wealth. It also accounts for the instability confronting U.S. interests in many parts of the impoverished world—instability that can be solved by decent jobs, schools, health-care workers, and full stomachs, not by U.S. troops or drones. To fight extreme poverty, we need to tap into the world’s stores of practical wisdom and our own moral compasses. We have the knowledge and financial means to end extreme poverty by 2030, as called for in the Sustainable Development Goals, if we try. 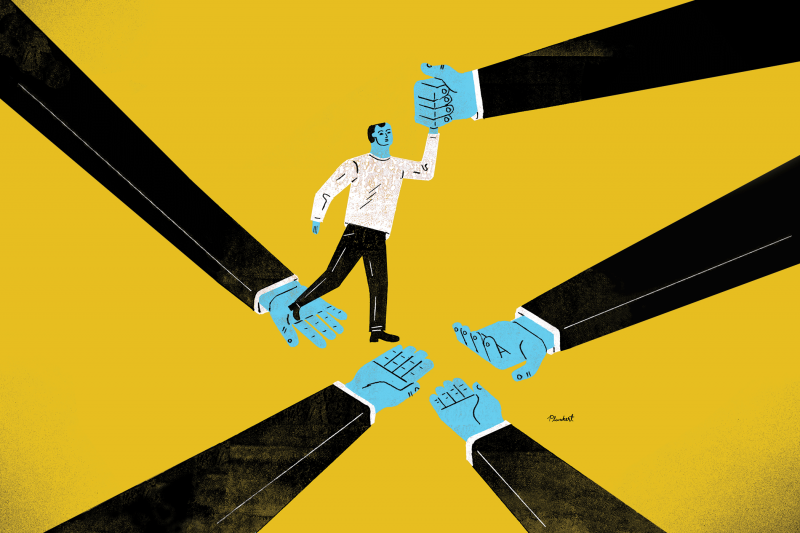 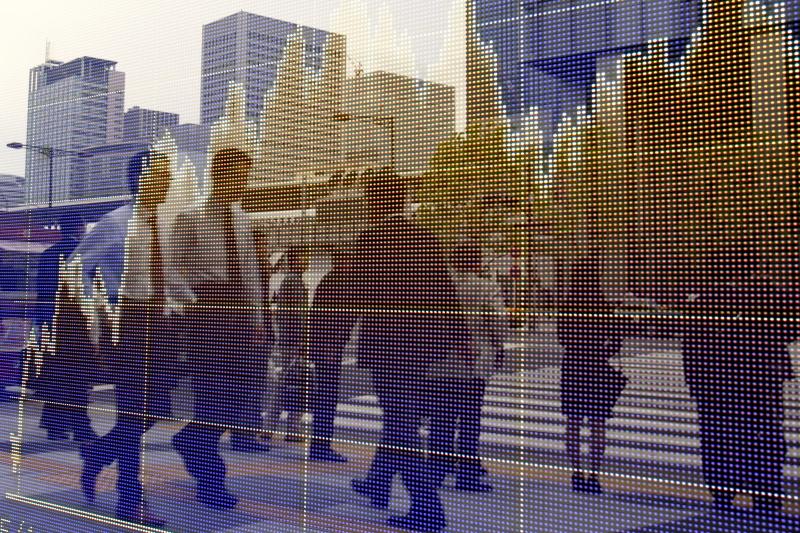 A Response to “How Poverty Ends”