The rush is on to come up with a viable vaccine against COVID-19, the disease caused by the new coronavirus. Scores of academic institutions and companies around the world are hard at work, and at least eight vaccine candidates have reached or are approaching the clinical trial stage. Oxford University’s Jenner Institute is currently leading the race and due to start large-scale human trials by the end of May. This week, a Massachusetts-based biotech firm, Moderna, announced that its coronavirus vaccine had safely produced protective antibodies in human volunteers in early-stage testing.

A similar push is on to develop antiviral drugs and other therapeutics—and to repurpose existing ones—to treat those infected with the coronavirus. By mid-April, in the United States alone, 950 drug development proposals had been submitted to the Food and Drug Administration for approval, and more than 70 COVID-19 medication trials were underway. The pace is remarkable: vaccines and new medicines normally take at least ­­a decade to develop and test, but intensive global research efforts have brought a vaccine into realistic reach within 18 months and revealed some promising potential lines of treatment.

If either a vaccine or a treatment—or both—can be found, the next and potentially more difficult task will be to rapidly produce and equitably distribute the pharmaceuticals, globally and at scale. Doing so will require global ingenuity and goodwill to overcome many possible obstacles. For example, one country could try to steamroll the efforts in order to keep an effective treatment or vaccine for itself and its citizens. Likewise, intellectual property rights could prevent vaccines or drugs from reaching the poor and vulnerable, or global supply chains—already severely stressed during the COVID-19 pandemic—could fail, preventing timely distribution.

The World Trade Organization (WTO) has come under excoriating attack from both right and left since the pandemic began. The organization, along with the vast multilateral trading system it regulates, certainly needs modernization and reform. But in the grip of a once-in-a-lifetime crisis, the global community must count on the system working as it should. The best way to ensure that vaccines and treatments are provided to all who need them, including those in the developing world, is for countries to commit to working cooperatively, in compliance with WTO rules, to keep trade protections and intellectual property rights from becoming barriers to public health.

LESSONS OF THE AIDS CRISIS

The cascade of national shutdowns in response to COVID-19 may be unprecedented, but the emergence and global spread of a lethal infectious disease is not. Nearly two decades ago, in the fight against HIV/AIDS, WTO member countries had to work together to change existing rules and practices to create the very sorts of rules, institutions, and collaborative relationships that will now be needed to confront and, ultimately, to end the coronavirus pandemic.

In July 2000, as the global HIV/AIDS epidemic approached its peak, scientists, public health experts, and politicians from all over the world gathered for the XIII International AIDS Conference in Durban, South Africa. It was the first time the biennial event had been held in a developing country, let alone one with soaring rates of HIV infection, and the conference helped to concentrate public attention on the troubling global disparities in access to treatment. In Africa, the continent most ravaged by AIDS, the spread was so rampant that 15 percent of children in Uganda had been orphaned by the disease, and more than 35 percent of adults in Botswana were infected. But the three-drug antiretroviral (ART) cocktail necessary to treat the disease then cost more than $10,000 per person per year—far more than 99 percent of the nearly 25 million people worldwide living with HIV could afford.

In a speech at the Durban conference, South African High Court Justice Edwin Cameron denounced the “shocking and monstrous iniquity” of the global trading system that had failed to provide dying AIDS patients in poor countries with affordable treatment options. Cameron and other leaders and civil society activists in the hardest-hit countries laid blame for the high prices and inaccessibility of the drugs on the Western companies controlling the patents and on the WTO’s Agreement on Trade-Related Aspects of Intellectual Property Rights. The TRIPS Agreement—which came into force in 1995, the same year the WTO was established—had forced many developing countries to protect pharmaceutical patents for the first time, effectively ensuring the drug companies’ right to charge what the market would bear.

During the late 1990s, as public health systems in many nations struggled to confront the AIDS epidemic, disputes over the TRIPS Agreement’s rules broke out throughout the world, pitting the governments of developing countries against powerful drug companies and some of the rich nations where these companies were based. A 1996 Brazilian law denied patent rights to HIV/AIDS drugs in favor of local production, leading the United States to spend years challenging Brazil through the WTO. In 1998, South Africa’s post-apartheid government amended a law to make generic, low-cost HIV/AIDS medicines more readily available—only to face lawsuits from 41 pharmaceutical companies.

The cascade of national shutdowns in response to COVID-19 may be unprecedented, but a global threat from lethal infectious disease is not.

The AIDS conference in Durban marked a turning point in global public opinion. Moral outrage over preventable AIDS deaths in poor countries mounted, and the pharmaceutical industry and the WTO began to respond. The proceedings against the Brazilian and South African governments were both dropped in 2001 and, that year, the Indian generic medicines producer Cipla began offering its version of the ART three-drug combination for $350 per patient per year. The WTO’s ministerial meeting in Doha, Qatar, in November 2001 resulted in a declaration that the TRIPS Agreement “can and should be interpreted and implemented in a manner supportive of WTO Members’ right to protect public health and, in particular, to promote access to medicines for all.”

The AIDS crisis raised profound questions about the role that intellectual property rights should play in the throes of a global health emergency and about the responsibilities that the members of an interconnected global community have toward their most vulnerable members. The WTO met in Doha the year after the Durban conference, and with the controversy over disparities in access to HIV/AIDS treatments in mind, it made changes to the TRIPS Agreement that took global public health emergencies into greater account.

The WTO’s core intellectual property rules require the organization to grant patent protection to all technological innovations, including medicines and vaccines, that meet basic criteria. But because patents protect monopoly rights, they lead to an inherent tension between the protection of intellectual property and the need to make and distribute affordable medicines. Such tensions are normally resolved through licensing, which allows a patent holder to permit others to make or trade the protected product—usually at a price and with some supervision from the patent holder to ensure quality control.

Sometimes, however, a company or government may try and fail to obtain an urgently needed license—say, to produce a lifesaving vaccine. In such a case, under the TRIPS Agreement, a national government facing a public health emergency can issue so-called compulsory licenses to local companies, allowing them to make patented products without the consent of the patent owners. Under TRIPS, compulsory licenses are granted only under strict conditions, but the WTO’s increasing focus, following its 2001 meeting in Doha, on flexibly interpreting the rules to meet public health needs encouraged pharmaceutical companies to rethink their approach. Wishing to avoid the stigma and financial pain of compulsory licensing, many leading pharmaceutical companies, of their own accord, adopted a more generous approach to licensing, leading to significant reductions in drug prices. By 2011, the annual cost of HIV/AIDS medication in Africa had dropped to just $100 per patient per year, and the majority of HIV-infected people in sub-Saharan Africa had access to treatment.

Ultimately, despite years of pain and conflict, the efforts to combat HIV/AIDS laid important groundwork. They brought international organizations, governments, private companies, research institutions, and nongovernmental organizations into cooperative relationships—the very sort that will be essential for the effective production and distribution of a COVID-19 vaccine.

The AIDS crisis helped to spark a more open and productive conversation about the high costs and risks of pharmaceutical development, production, and distribution. Bringing a new drug to market costs a pharmaceutical company nearly $1 billion, on average, and developing vaccines—which are riskier and require more complicated testing—is generally more expensive still. In the wake of the AIDS crisis, governments and international organizations have worked together to help pharmaceutical innovators scale technical barriers and absorb risks.

The AIDS crisis sparked a more productive public conversation about the costs and risks of pharmaceutical innovation.

Some of these risks and barriers arise from intellectual property constraints, and cooperative organizations have emerged to help address these. One such organ is a United Nations–backed patent pool that was established in 2010 to allow multiple companies and governments to share innovations and licenses in medicine. Called the Medicines Patent Pool and designed to accelerate access to treatments for HIV/AIDS, the organization recently expanded its mandate to include vaccines, treatments, and diagnostics to aid the global response to COVID-19. In April, a group of scientists and intellectual property lawyers created the Open COVID Pledge, which encourages companies and research institutions to make their intellectual property temporarily available free of charge for use in ending the COVID-19 pandemic. Those making the pledge adopt a license that lasts until a year after the World Health Organization (WHO) declares the coronavirus pandemic to be over, at which point companies can go back to owning and seeking commercial licenses for their intellectual property.

Will pharmaceutical companies be discouraged from developing a vaccine if they foresee no monopoly patent rights? One way to offset such disincentives could be to offer significant financial prizes for those inventing a vaccine. For those who worry about inequity despite all the best innovations and intentions, compulsory licenses are still available as a last resort, and their existence, and that of the WTO’s TRIPS Agreement more generally, provides security to the many players now cooperating to produce and eventually distribute a COVID-19 vaccine or treatment. Innovators can rest assured that their rights will be protected, while poorer countries can count on the availability of lifesaving treatments under compulsory license if all else fails.

Vaccines and antivirals are the world’s best hope for bringing this pandemic to an end, and efficiently developing and distributing them will require global cooperation on an unprecedented scale. Coordinating these efforts will require companies and governments to work together in accordance with WTO rules. As the world’s experience during the AIDS epidemic shows, successfully confronting a global public health threat demands more, not less, investment in multilateralism. During the current crisis, the world must count on the WTO to keep critical supply chains open, prevent countries from engaging in export bans or hoarding, and provide a flexible framework for trade and cooperation. Already the WTO, the WHO, and G-20 leaders are calling on governments to work together to ensure the efficient and equitable global distribution of the vaccines, medicines, and other innovations that will be needed to confront COVID-19. The world must hope that governments heed the call. 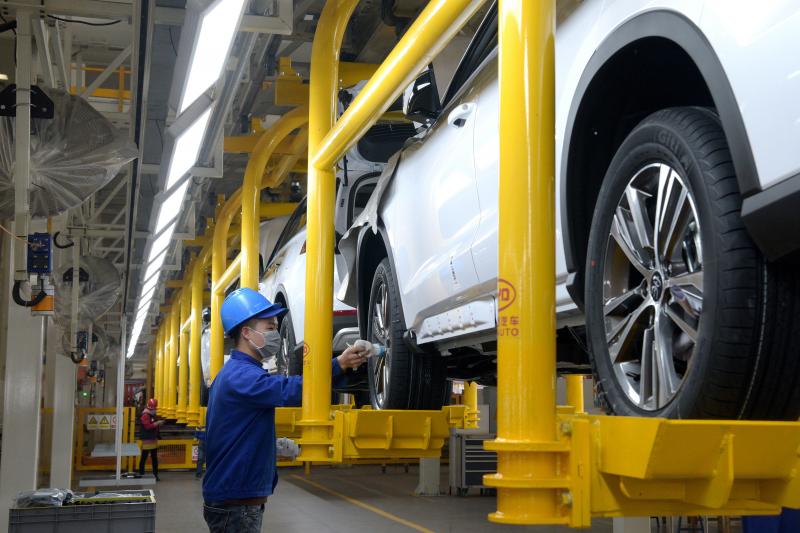 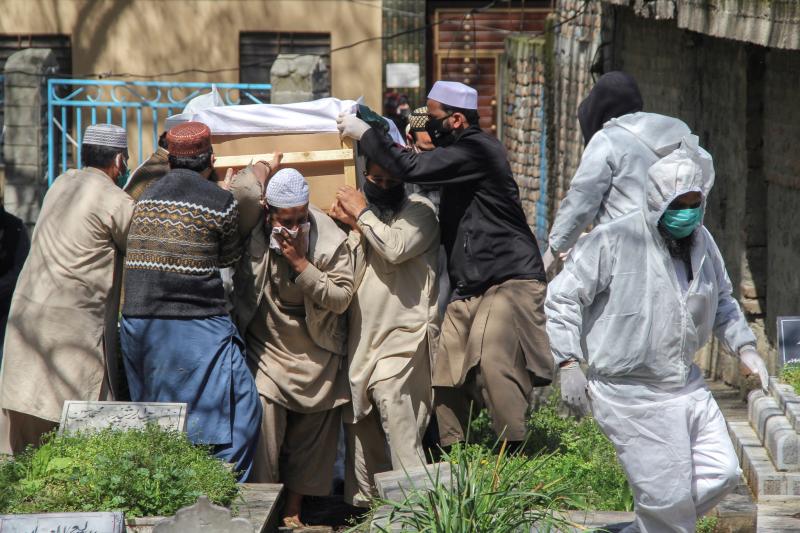