How the Coronavirus Sows Civil Conflict

It would be wonderful if there were such a thing as a coronavirus peace dividend—if people and governments everywhere, who have been battered by pandemic disease and economic collapse, could at least look forward to reduced violence and instability. In these pages, Barry Posen recently argued that good news was at hand: “For the duration of the pandemic, at least, and probably for years afterward, the odds of a war between major powers will go down, not up.”

While Posen may be right that COVID-19, the disease caused by the novel coronavirus, will reduce the risk of a conventional war between major global powers, the broader notion that pandemics promote peace—as the title of Posen’s piece suggests—is not just mistaken but badly misguided, the remnant of outdated thinking about what constitutes conflict and from where threats to state stability and human well-being arise. That’s because the opposite of peace is violence and instability, not just interstate military conflict. As the United States has witnessed over the past ten days, a public health crisis can highlight inequalities and contribute to domestic unrest. In fact, UN Secretary-General António Guterres recently warned the Security Council that the pandemic poses a significant threat to international peace and security.

Peace, for states and peoples alike, means not only the absence of war between countries but the absence of conflict that threatens lives, communities, and the stability of institutions and regimes. Already, more deaths—and more instability—are attributable to violent crime, state repression, terrorism, and individual incidents of politically motivated violence than to wars involving conventional militaries. If peace consists of stable governments resolving conflict without violence and providing security and other basic functions, then COVID-19 has already begun to erode peace around the world.

In “Do Pandemics Promote Peace?,” Posen argues that pessimism and an economic downturn will erode the will and ability of states to fight major wars as well as their confidence in winning them. Posen also sees a decline in trade and development assistance as likely to mean “less friction between major powers.” But this theory, even if correct, speaks only to “the motive and opportunity of states to wage war.” Understanding the true scope of COVID-19’s potential effects on trends in violence requires looking outside of conventional conflicts between state military forces and examining the substate violence that is claiming lives, destabilizing states—and, often enough, eventually pushing states into conflict with each other.

Indeed, there is mounting evidence that optimistic predictions that the pandemic could promote even interstate peace were overblown. In late March, Guterres called for a global cease-fire so that the international community could “put armed conflict on lockdown and focus together on the true fight of our lives.” This call led to a number of unilateral or temporary cease-fires, but Oxfam has labeled these efforts a “catastrophic failure.” Yemen’s war is a case in point: Saudi Arabia announced a unilateral two-week cease-fire in early April, but with no apparent effect on the ground. Nuclear-armed India and Pakistan are skirmishing across their border more than at any time in the past two years, despite COVID-19 lockdowns.

International mediation and peacekeeping help end wars—and help them stay ended. But many countries have turned inward to manage the coronavirus crisis. They are likely to undertake fewer diplomatic efforts to end wars and to be warier of deploying peacekeepers into conflict zones where they are vulnerable to infection.

The pandemic and its enforcement have provided new opportunities for state repression.

While the pandemic has failed to stop interstate violence, it has created and exacerbated short- and medium-term risks for violence and instability within states. Violence has persisted in Colombia and Burundi; escalated in Mozambique and Myanmar; and, after a brief lull, rebounded to pre-pandemic levels in Pakistan. Those conflicts and others have left at least 661,000 more people displaced in just the last two months. In the United States in recent days, the pandemic has amplified long-standing racial inequalities and social fissures. Armed “reopen” protesters confronted legislators in two state capitols. A police killing caught on camera helped ignite a wave of mass protests, referencing the structural racism apparent in both policing and the pandemic response. The protests, and the violence that sometimes accompanied them, have in turn been met by the invocation of emergency government powers, including threats to activate the regular-duty military on U.S. soil.

Indeed, COVID-19 has heightened trends that deepen the risk of violence and instability within states: democratic backsliding, economic collapse, and the scapegoating and targeting of minority communities. Regimes that are neither fully democratic nor fully autocratic, called “partial democracies” or “anocratic,” have been found in numerous global studies to be most at risk of political violence. Already, COVID-19 has provided a useful tool for would-be authoritarians in such states to obtain and consolidate emergency powers. Hungary, Serbia, and Egypt are but three examples. Governments, including those of Thailand, Bangladesh, Cambodia, and Venezuela, have detained journalists for criticizing the official response to the pandemic, and a number of countries have limited or barred protests.

The pandemic and its enforcement have provided new opportunities for targeting minority groups and state repression. Those who would scapegoat or violently target marginalized groups have found cover and even fuel in the pandemic and accompanying economic crisis. State-sponsored religious discrimination has increased, as have hate speech and violence against marginalized groups, from LGBT+ people in Uganda to Muslims in India and Cambodia. Violence, scapegoating, and conspiracy-mongering against Asians and Jews have increased in the United States and around the world.

At the same time, coronavirus containment measures and their violent enforcement have provided a cover for state-led repression that is also likely to heighten group grievances, erode civic trust, and increase unrest. Saudi Arabia and Pakistan imposed lockdowns that disproportionately restricted minority groups, and Malaysia swept up refugees and migrant workers in mass raids and detentions. In the Philippines, where human rights groups estimate that police and vigilante groups have killed more than 27,000 people in the country’s brutal “war on drugs,” President Rodrigo Duterte told law enforcement agencies that if there were people “causing trouble” during the quarantine, they should “shoot them dead.” COVID-19 enforcement has been blamed for excessive force and police violence in Kenya and Nigeria as well.

In the United States, law enforcement has been criticized both for using excessive force to enforce anticoronavirus measures in minority communities and for policing demonstrations in ways likely to spread the virus further, such as using chemical agents that activate mucous membranes and jailing large groups of nonviolent protesters. Citizens have also carried out significant violence against authorities and public health measures—from violent attacks on retail store workers enforcing mask wearing to a state legislature closing its session amid armed protests and death threats against the state’s governor.

Even when the immediate shocks of the pandemic and the conflicts over its containment are behind most countries, the economic ramifications from this period will continue to undermine stability and security. Economic downturns and collapse figure prominently in risk indexes for political violence and instability. Already, the economic costs of lockdowns and quarantines in Beirut, Mumbai, and Baghdad have stirred unrest. In Nigeria, those protesting the economic effects of COVID-19 have met with violence in 43 instances. Battered by the pandemic, governments will have difficulty responding to new crises, particularly health crises in already weak states: this week, the United Nations said that Yemen’s health system has “in effect collapsed.”

To the extent that the pandemic preys on social divisions and state weaknesses, it offers armed nonstate actors an opportunity to build power. Nonstate actors and conflict entrepreneurs will exploit new grievances against the state and capitalize on shortfalls in state responses to increase their own perceived legitimacy by meeting, or appearing to meet, citizens’ material needs. Mexican cartels are reportedly providing aid to poor communities; in at least one case, boxes of supplies were seen stamped with a cartel’s logo. Meanwhile, the Taliban has implemented COVID-19 containment measures and distributed supplies (though these appear to be fake). Hezbollah has deployed frontline medics and an extensive COVID-19 response that is viewed as outpacing the response by the Lebanese government. The Islamic State (also known as ISIS) has exploited COVID-19 to boost recruitment, continued operations across the globe, and carried out attacks for the first time in the Maldives and Mozambique. The group has ramped up its propaganda and online activity, including increasing English-language content, continued to call for attacks on the West, and smuggled aid into refugee camps. Meantime, white supremacist online movements have increased their reach across social media platforms, weaponizing COVID-19 to gain traction and followers. Allegations that an Arizona mall shooter had links to the “incel” misogynist movement were a troubling reminder that the skyrocketing rates of violence against women, while problematic in themselves, are also a harbinger of mass violence motivated by misogyny to come.

Far from allowing people and governments to imagine peace is closer at hand, the pandemic requires renewed vigilance.

As scholar practitioners who analyze risk factors for political violence and strategies for resilience in confronting it, we suggest with alarm that these trends form another curve—of political violence in our own country and worldwide—badly in need of flattening. Economic instability, democratic backsliding, lack of trust in institutions, and increased ethnic scapegoating: all have been shown across decades to make political violence more likely. Far from allowing people and governments to relax and imagine peace is closer at hand, the COVID-19 pandemic requires renewed vigilance.

Like the fight against the disease itself, preventing and responding to political violence will require new tools and attitudes. The dynamics of conflict around the world have shifted significantly in recent decades. The decline in war identified by Steven Pinker, Joshua Goldstein, and others since 1945 has petered out and even reversed itself since 9/11. Armed groups are functioning in new ways—and from ISIS and al Qaeda to transnational white supremacist movements, they affect the stability of every great power.

COVID-19 caught many, many actors and thinkers by surprise. But the warning signs of a new wave of political violence are now plainly evident. The challenge for violence prevention, both between states and within them, is to pay attention to new conflict dynamics in order to better understand how peace, security, and their opposites play out in the lives of the authorities and the governed around the world. 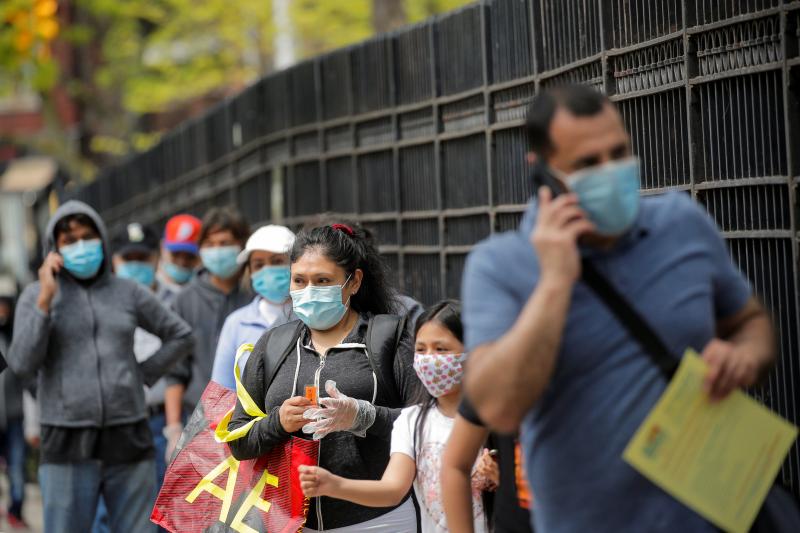 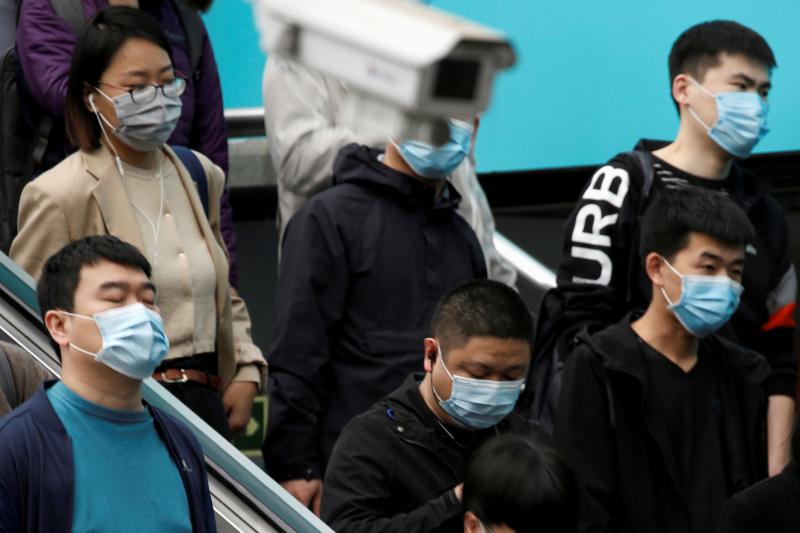 In U.S. Politics, Surveillance Was the Norm Long Before the Pandemic