The novel coronavirus has overwhelmed public health systems and jolted economies around the world. Now it is poised to spark a global hunger crisis as well. After decades of progress in the battle against poverty and hunger, the job losses, supply chain disruptions, and other economic dislocations caused by the pandemic threaten to push millions of people from food security into food insecurity—and toward outright starvation. International institutions and their member states must act decisively to prevent that outcome. Otherwise, they risk setting in motion a costly and chaotic era of rising hunger and poverty.

In April, I warned the United Nations Security Council of a coming “hunger pandemic.” The effects of coronavirus-related economic crises will be felt nearly everywhere. While nations will, appropriately, first consider the interests of their own people, a world with no common purpose is a world that will invite many problems. Our common purpose should be defeating this virus, preventing it from causing a hunger pandemic, and building on the gains against poverty and hunger that have defined the bulk of the last 30 years.

The pandemic arrived at a delicate moment. Decades of relative success in fighting poverty and hunger had begun to slow and, in some cases, reverse by the time the coronavirus hit. In the last 30 years, rates of extreme poverty fell by more than half, from around two billion in 1990 to about 700 million people in 2015, thanks to private-sector-fueled growth and stronger social safety nets, among other factors. Hunger dropped by about 25 percent in that same time period. But in the last four years, the number of people facing chronic hunger—that is, people who go to sleep hungry every night—has risen, from 796 million to 821 million. So, too, has the number of people who are acutely hungry—those who suddenly find themselves on the brink of starvation after having generally had enough food. Acute hunger has grown nearly 70 percent in the past four years, from 80 million people to 135 million. Nearly a billion people suffer from either chronic or acute hunger today.

The biggest factor driving this recent rise is conflict. Sixty percent of hungry people live in war-torn countries. These are places such as Syria and Yemen, where years of war have not only driven up hunger but also set back progress for generations. Climate change, too, has played a significant role in pushing certain populations into hunger, especially in countries such as Afghanistan and the Democratic Republic of the Congo, where climate extremes have combined with existing conflicts to exacerbate food insecurity.

With the COVID-19 pandemic compounding these existing crises, our estimates suggest that the number of people suffering from acute hunger could nearly double by the end of the year, to 265 million people. An additional 300 million people will become nutrient deficient—lacking sufficient vitamins and minerals in their diet to stay healthy—according to an estimate by the Global Alliance for Improved Nutrition.

The coronavirus fuels hunger by disrupting global and national economies. The worst damage will be felt in the low-income countries least equipped to deal with the fallout from the pandemic. But countries that boasted dynamic, growing economies prior to the outbreak have also begun to feel severe pain. Among the hardest hit are countries that rely on exports of raw materials, such as Nigeria, South Sudan, and Zambia; those that depend on tourism, such as Gambia and Jordan; and those, such as Haiti and Nepal, where remittances sent home by migrants make up a significant percentage of GDP. National lockdowns have already slashed the incomes of many workers in these sectors. Extending these restrictions will do even more damage, especially if they are not accompanied by the expansion of social safety nets.

The coronavirus fuels hunger by disrupting global and national economies.

The International Monetary Fund projects global growth in 2020 to fall by 2.8 percent, compared with 0.1 percent during the 2009 financial crisis. Such sizable contractions in the global economy will be damaging for poor people around the world. The United Nations University World Institute for Development Economics Research suggests that a five percent GDP drop would place a further 85 million people in extreme poverty (defined as living on less than $1.90 a day), inevitably leading to more food insecurity and hunger. A ten percent drop would push 180 million people into extreme poverty.

Famines typically stem not from lack of food but from hyperinflationary price spikes or breakdowns in supply chains that make it impossible to get food to certain locales. The pandemic has disrupted supply chains of food and other important commodities both between nations and within countries. Even during World War II, supply chains kept moving. But right now, it is not easy to transport what is produced in one country to another. This could be devastating for sub-Saharan Africa, which imports about 40 million tons of cereals each year from around the world to plug gaps in local food production.

In the short term, humanitarians are most worried about getting food to those who are in danger of starving. In ten countries, including Syria, Yemen, and the Democratic Republic of the Congo, more than a million people per country are already on the verge of starvation. In the long term, the pandemic could lead to famine in as many as 35 countries, including Afghanistan, the Central African Republic, and Haiti.

Nearly 100 million people already receive help from the World Food Programme— and about 30 million of them depend on us to stay alive. Without this aid, WFP’s analysts fear that 300,000 people could starve to death around the world every day for the next three months, mostly in war-torn countries.

Like conflict, food crises breed instability. Refugees spill over borders and, in some cases, turn already fragile regions into potential flash points. Our research shows that for every one percent increase in hunger in a given country, there is a two percent increase in migration out of that country.

The world has not seen a global crisis of this scale since World War II. Tens of millions of lives hang in the balance. The pandemic threatens to undo decades of progress that has lifted millions out of extreme poverty. Advanced countries, many of which have already boosted their own economies with trillions of dollars of stimulus packages, can and should do more. But help should come from more places than just the usual top donors to international organizations. International lending institutions, for example, should work with developing countries to strengthen health, education, and other social safety nets during and after this crisis. In these developing countries, millions of hard-working small-business operators—hoteliers, shopkeepers, tour guides, and taxi drivers—have completely lost livelihoods and their ability to support their families.

Governments in these countries can, with some assistance, inject cash to help get families through the crisis. For example, WFP is working with the transitional government in Sudan to help strengthen its Family Support Programme to safeguard people at risk of slipping into extreme poverty.

Fending off a hunger pandemic and helping to eradicate poverty and hunger will require not just public investment in social protections but also greater action from private businesses through direct investment and through public-private partnerships in sectors such as agriculture. A joint study from WFP, the UN Food and Agriculture Organization, and the UN International Fund for Agricultural Development calculates that additional investments of $265 billion per year—just 0.3 percent of projected world income—could eliminate poverty and hunger by 2030. That may seem like an enormous sum, but it is well within the means of rich countries, institutions, and individuals to mobilize.

The possibility of a steep rise in hunger as a result of the COVID-19 pandemic is sobering, even frightening. But I remain optimistic. I often have to call on world leaders to support WFP’s mission, and they have usually stepped up to help. For example, contributions from the United States have risen from less than $2 billion per year to more than $3 billion per year in the last three years. That generosity, and the generosity of the taxpayers and donors who support humanitarian causes, is desperately needed. The gains made against poverty and hunger in recent decades are too hard fought to surrender now. 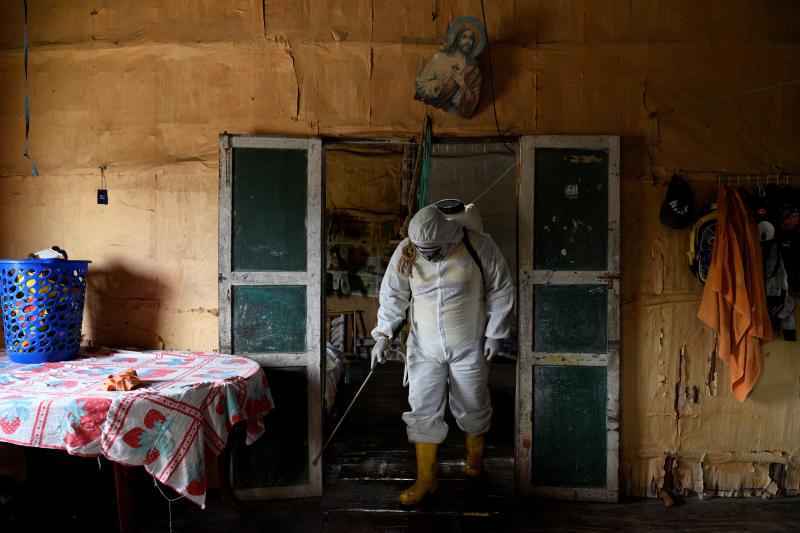 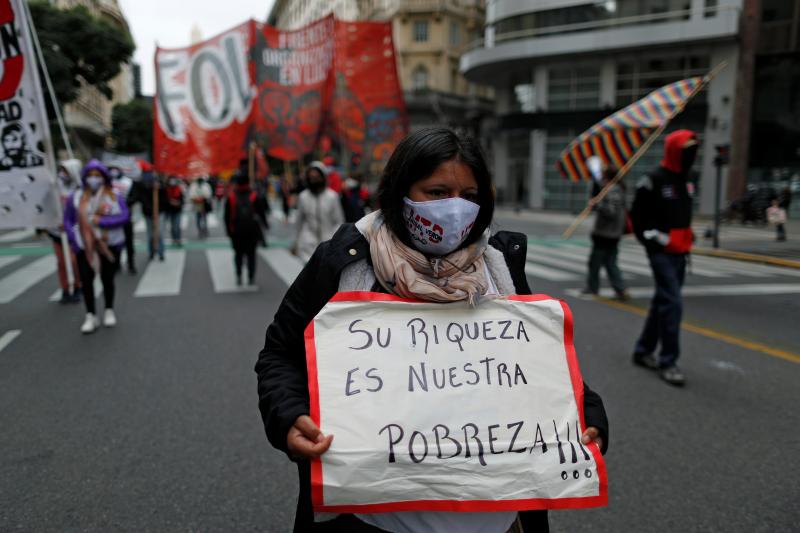