America Is Back—but for How Long?

Political Polarization and the End of U.S. Credibility

During his first address to a joint session of Congress on April 28, U.S. President Joe Biden noted that in the dozens of conversations with world leaders he’d had since taking office in January, one comment kept coming up: “We see America is back, but for how long?” This skepticism on the part of other heads of state is a direct response to the recent past. Under President Donald Trump, Washington seriously challenged or outright withdrew from more than a dozen international agreements or institutions, including the Paris climate accord, the Trans-Pacific Partnership, the Iran nuclear deal, and the World Health Organization.

But concerns about the nature and longevity of American commitments extend beyond Trump’s legacy overseas. Allies of the United States are also reacting to its internal politics and, in particular, to a deepening partisan divide that creates uncertainty about the future of U.S. foreign policy. Observing the polarized politics on display in the run-up to the 2020 U.S. presidential election, former Norwegian Prime Minister Gro Harlem Brundtland noted that many European leaders will “no longer take for granted that they can trust the U.S., even on basic things.”

The fears are valid. Although foreign policy has traditionally been insulated from political polarization, that is no longer true. On such issues as multilateralism, climate change, and terrorism, Americans are more divided than ever. The bipartisan foreign policy consensus among both voters and the politicians they elect is eroding. But even worse, polarization has created broader, underappreciated consequences for the United States’ ability to enact foreign policy in the first place by chipping away at a key pillar of its power: its reputation for stability, credibility, and reliability.

International relations scholars have long recognized that democracies enjoy several advantages when it comes to making foreign policy. For one thing, they are stable. In autocracies, when leaders are removed from power irregularly—such as through revolutions or military coups—the transitions often herald dramatic swings in foreign policy. By contrast, in democracies, where leader turnover occurs in the context of regular elections, foreign policy tends to remain fairly consistent during political transitions.

As domestic polarization increases, however, partisan conflict is more likely to extend into foreign policy. In the United States, foreign policy remains less polarized than domestic policy. Even so, public opinion polls and patterns of congressional roll call votes show an increasing divergence between Democrats and Republicans on foreign affairs. As these preferences harden, one should anticipate more dramatic changes in foreign policy when the party controlling the White House changes.

But it isn’t just diverging foreign policy preferences that lead to instability in foreign policy; a rise in the tendency to dislike the opposite party—or “negative partisanship”—also does. This sentiment gives leaders incentives to undo the policies of their predecessors from the opposite party. Some described Trump’s foreign policy agenda as “incoherent” and lacking in a grand strategic vision, yet his agenda did have one unifying theme: dismantling the accomplishments of President Barack Obama. Positioning himself as the “anti-Obama” in foreign affairs, Trump moved quickly to undo his predecessor’s policies on immigration, trade, and climate.

Another advantage democracies have over their autocratic counterparts concerns credibility. Because democratic leaders are constrained domestically, they are less likely to issue threats or make promises that they do not intend to keep. In international negotiations and crises, this means that the signals democracies send to foreign adversaries are more reliable. As the political scientist Kenneth Schultz has argued, bipartisan support of a leader’s foreign policy is an especially credible signal in international politics. For example, few doubt the resolve of the U.S. government when a substantial number of legislators from both parties vote to authorize the use of military force.

As polarization increases, these displays of bipartisanship in foreign policy become less common. Instead, the out-of-power party is rewarded for undermining the credibility of the head of state. During the Obama administration’s negotiation of the Iran nuclear deal, for example, congressional Republicans took unprecedented steps to signal their opposition to the agreement. Forty-seven of them went so far as to sign an open letter to Iranian leaders, arguing that the White House did not have the authority to enter into a nuclear deal and instead must resort to “a mere executive agreement.” In response, Iranian Foreign Minister Mohammad Javad Zarif noted that the letter “undermines the credibility of thousands of such mere executive agreements that have been or will be entered into by the U.S. with various other governments.”

It is easy to imagine how similar partisan dynamics could derail tenuous negotiations or even deter leaders from undertaking ambitious or complex negotiations in the first place. As the current administration weighs how to proceed with the Iran nuclear deal, it is unsurprising that Biden is inclined to keep his cards close to his chest. Of course, doing so is sure to further increase distrust between the White House and its opponents in Congress.

A third advantage that democracies enjoy is that they tend to be better at committing to and complying with international agreements, making them more reliable allies and partners. Although there are exceptions, domestic ratification processes make it more difficult for democracies to renege on their global commitments. The political scientist Lisa Martin has shown that when a country’s legislature participates in an international negotiation, the country is more likely to implement the resulting agreement. Using the case of European integration, Martin found that parliaments involved in the early stages of the EU negotiation process better implemented EU directives, regardless of their initial skepticism toward integration.

In highly polarized democracies, however, it becomes difficult to achieve the bipartisan consensus needed to ratify agreements. In the United States, where the treaty ratification process requires a two-thirds majority in the Senate, partisan gridlock has led to a precipitous decline in international treaties. Anticipating partisan opposition, presidents now usually avoid the congressional approval process altogether by entering into political commitments or executive agreements instead. Although this strategy allows leaders to enact their preferred policies, there is a cost: agreements that are not ratified by Congress are more easily undone by subsequent administrations.

Consider the United States’ recent climate commitments. Knowing that nearly all the Republicans (and some of the Democrats) would reject an international climate agreement, Obama did not submit the Paris accord to Congress as a treaty. When Trump took office, he promptly reversed course by announcing that the United States would withdraw from the agreement—a decision that Biden reversed on day one of his administration. Given the sharply partisan nature of climate policy in the United States, its allies are naturally skeptical that these commitments will last.

THE END OF UNITY

It is becoming possible to imagine a world in which the Democratic and Republican parties not only have orthogonal foreign policy priorities but also maintain different relationships with key foreign allies and adversaries. Given the importance of long-term commitments in successful foreign-policy making, alternating party control of the presidency could pose major problems.

Although such a scenario still seems distant, there are early indicators of what is to come should partisan divisions in foreign policy continue to deepen. Consider the different lenses through which Democrats and Republicans saw Russian interference in the 2016 presidential election: although reports of electoral interference should have been condemned by both parties, polarization prevented a swift, bipartisan response. And despite the intelligence community’s conclusion that Russia attempted to influence the election to advantage Trump, only one-third of Republicans believe this to be true. Or look at the partisan debates over the Trump administration’s ties to Saudi Arabia: Trump was close to Crown Prince Mohammed bin Salman and failed to punish him for ordering the murder of the journalist Jamal Khashoggi in 2018. In response, congressional Democrats have become increasingly vocal opponents of the Saudi regime.

It is possible to imagine a world in which different parties maintain different relationships with foreign allies and adversaries.

Of course, some degree of partisan disagreement over how the United States engages with its allies and adversaries is natural in a healthy democracy. U.S. foreign policy should be subject to scrutiny and debate, and excessive bipartisanship in foreign policy may be emblematic of other pathologies. Groupthink in the national security establishment, for example, may leave key assumptions unquestioned.

But in a highly polarized environment, debates about the future of U.S. foreign policy are unlikely to be constructive. As polarization increases, it becomes difficult to distinguish between sincere disagreement and partisan politics. Many Republican legislators have legitimate concerns about Biden’s foreign policy, but they also have incentives to grandstand and obstruct the White House in order to appease their political base. More extreme voices will make the Biden administration less inclined to attempt to win over moderate legislators and more likely to shut Congress out of major foreign policy decisions. These actions reinforce the perception that the administration is unwilling to reach across the aisle, intensifying mutual distrust between the White House and its opponents in Congress.

A more optimistic perspective sees foreign policy as less susceptible to such partisan antics. Political scientists note ample opportunities for bipartisanship on issues ranging from national defense to human rights. Many experts view the intensifying rivalry between the United States and China as a critical chance to bridge the partisan divide in Washington. The evidence, however, suggests that important foreign policy questions will not remain above the partisan fray. As I have found in my research, responses to national security challenges in the United States have historically reflected existing levels of domestic polarization. When new security threats enter into an environment that is already polarized, they are often quickly politicized. In the current era, this means that the toughest and most consequential foreign policy problems are more likely to be divisive than unifying.

It would be tempting to believe that Biden can overcome the polarization problem by moving swiftly on his foreign policy agenda. While public attention is focused on the COVID-19 pandemic and the country’s fraying infrastructure, one might argue, the White House could quickly mend fences with allies and develop smarter and tougher policies against adversaries such as China and Russia. With many months to go before the 2024 electoral cycle, the thinking goes, partisan responses to these actions may be muted or short-lived.

Yet this approach still cannot address the structural problems that arise from polarization. The current political environment prevents policymakers from tackling the most important foreign policy problems in a bipartisan manner. And without bipartisan support, the Biden administration runs the risk that any consequential decisions will be politicized and short-lived. This includes many priorities outlined in Biden’s first foreign policy speech in February, such as expanding the refugee admissions program, investing in overseas alliances, and spearheading global cooperation around climate and public health.

While polarization will ebb and flow with the electoral cycles, it is likely to remain a persistent feature of contemporary American politics. This is because many of the factors sustaining polarization—the ideological sorting of the parties, growing economic inequality, a fragmented media environment, and the general decline of bipartisan norms in Washington—will not disappear any time soon.

There are few scenarios in which hyperpolarization will not harm U.S. foreign policy. At the very least, polarization will introduce uncertainty in foreign affairs and exasperate U.S. allies. And if continued polarization leads the United States to abandon tricky negotiations or renege on existing commitments every time a new party is in power, Washington’s reputation as a credible adversary and a reliable ally could be in serious jeopardy. 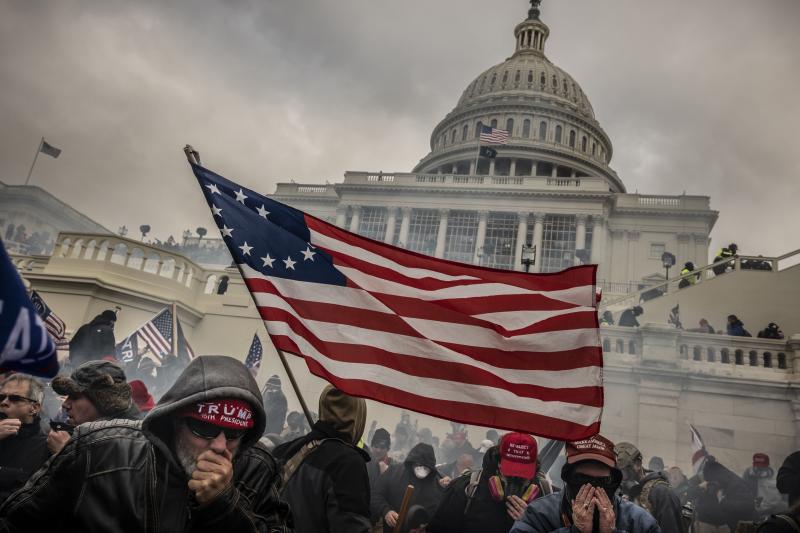 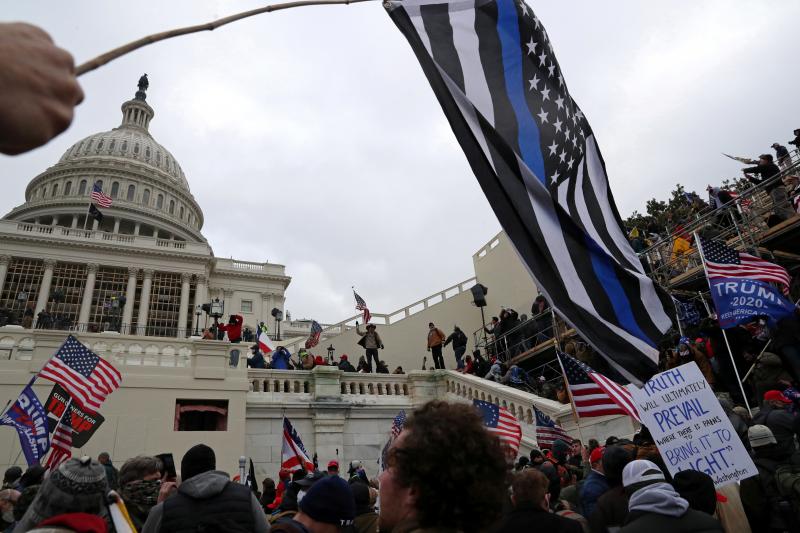