Hours after the Taliban swept into Afghanistan’s capital on August 15, media outlets began using imagery from commercially operated satellites to document the chaos unfolding at Kabul’s international airport in close to real time. Imagery showed enormous traffic jams leading to the compound and crowds of people flooding onto the tarmac and its lone runway. In the days that followed, the press continued to incorporate commercial satellite imagery into its reporting, and military veterans used publicly available satellite images to help former Afghan interpreters navigate around Taliban checkpoints on their way to the airport.

It was not the first time this summer that satellite imagery from private firms played a pivotal role in shaping the public’s understanding of a major national security issue. In late June, researchers at the James Martin Center for Nonproliferation Studies, part of the California-based Middlebury Institute of International Studies, announced that they had discovered more than 100 new intercontinental ballistic missile silos in western China using images from a private satellite company. Less than a month later, analysts at another think tank reported that they had identified a second Chinese missile field under construction. Both revelations came not from government sources or leaks to the press but from imagery collected by commercially owned and operated satellites.

These events are likely harbingers of a future with fewer secrets. As private satellites proliferate, giving nongovernment entities new tools to monitor and independently verify the claims of politicians, governments are finding themselves with less and less control over sensitive information. But the new age of technology-driven transparency also affords governments new opportunities to gain a strategic advantage—by enabling independent verification of their claims, for instance, or by exposing the illicit or transgressive activities of their adversaries without compromising sources and methods. Whether governments gain or lose from these disclosures depends on what they have to hide—and whether they learn to operate under the assumption that someone is always watching.

Until very recently, only governments had the resources to operate the vast intelligence apparatus needed to monitor the activities of other states. As a result, governments retained a near-monopoly on sensitive intelligence information, allowing them to determine whether and when to reveal their adversaries’ secrets. During the Cuban missile crisis, for instance, U.S. Ambassador to the United Nations Adlai Stevenson famously confronted his Soviet counterpart with reconnaissance imagery of missile sites in Cuba, exposing covert Soviet activity to the world.

Beginning in the 1970s, however, the proliferation of commercial satellites expanded access to sensitive intelligence information that was once almost exclusively in government hands. Over the past decade, the number of commercial satellites in orbit has increased significantly, as has the quality of the imagery they produce. Today, hundreds of satellites operated by private companies beam high-resolution images back to the earth on a near-real-time basis. Planet, a prominent commercial satellite firm that collected the imagery used to identify China’s missiles, currently operates over 200 satellites and claims to image the entire surface of the earth every 24 hours.

The availability of this kind of detailed information from commercial satellites means that governments are no longer the only entities that decide when to disclose potentially sensitive information; think tanks, media outlets, activist groups, and even amateur sleuths now do so, too. As we described in a recent article, these kinds of “disclosure decisions” by nongovernment entities can have significant political and strategic implications. In some cases, these actors can use satellite imagery to verify claims made by political leaders—either confirming or contradicting official statements and thereby serving as an independent check on governments. In other cases, nongovernment actors can reveal information that had been previously unacknowledged, often because governments sought to keep their activities hidden. In both scenarios, nongovernment actors serve as third-party information providers that can shape domestic and international opinion.

Commercial satellite imagery has begun to play a pivotal role in shaping the public’s understanding of major national security issues.

It should come as little surprise that governments are often displeased when satellite imagery is used to expose their deceptions or misdeeds. This was the case following U.S. President Donald Trump’s June 2018 summit with North Korean leader Kim Jong Un, after which he proclaimed that “there is no longer a Nuclear Threat” from North Korea. Within months of the summit’s conclusion, commercial satellite imagery identified 13 hidden missile bases in the North, casting doubt on Trump’s claims. Our research shows that commercial satellite imagery that contradicts a leader’s claims can also erode his or her public support.

Governments are similarly irked when such imagery reveals their transgressive or covert activities. Evidence of human rights abuses or violations of international law can lead to condemnation or sanction from the international community. Commercial satellite imagery of large internment facilities across China’s western Xinjiang province, for example, provided evidence of Beijing’s detention of its ethnic minority Uyghur population. Many of these images were incorporated into reports by news outlets and humanitarian organizations and cited in government denunciations of Beijing’s human rights abuses.

Revelations of sensitive military or other covert actions can cause other problems, potentially jeopardizing ongoing operations. In some cases, states may be forced to acknowledge actions they would rather keep hidden from public view: The New York Times, for instance, used commercial imagery to reveal that the United States was operating drones from secret bases in West Africa, leading U.S. officials to confirm the existence of those bases. In other cases, the threat of being caught by rapidly proliferating information-gathering technologies may lead governments to simply refrain from certain operations. In either case, the existence of private satellite imagery can limit governments’ freedom of action.

Although the disclosure of sensitive information by nongovernment actors can pose significant challenges to states, it is not always detrimental. In fact, delegating disclosure decisions to entities outside government can often be strategically advantageous. When satellite imagery confirms a leader’s claims about a rival power during an international crisis, for instance, such a revelation can bolster public support for that leader and his or her policies. Our research suggests that the relative independence of private companies imbues the satellite imagery they release with greater credibility than similar information released by government intelligence agencies.

Governments may also benefit when commercial satellite firms disclose sensitive information about rival powers. Policymakers may want to make this information public but may also worry that releasing it themselves could jeopardize classified sources and methods. Nongovernment disclosures can therefore help government agencies advance their interests—whether by justifying expanded budgets or the acquisition of new weapons. Of the recent revelations about Chinese missiles, Air Force Chief of Staff General Charles Brown said, “It’s kind of good that it’s out there so folks see the pace of change from our adversary. . . . It actually helps to validate what we’ve been talking about, why we need this capability.”

Governments are no longer the only entities that decide when to disclose potentially sensitive information.

Sometimes, such desirable disclosures involve no coordination between a government and a disclosing entity. Independent analysts publicize a discovery, and government actors leverage the disclosure to their benefit. Other times, a government may coordinate (to varying degrees) with a nongovernment entity to help it make disclosures. Government agencies have, for instance, cued independent actors to look in certain areas. Admiral Charles Richard, commander of U.S. Strategic Command—the steward of America’s nuclear arsenal—recently encouraged independent analysts to continue searching for Chinese missile sites, hinting at the existence of other missile installations: “If you enjoy looking at commercial satellite imagery or stuff in China,” he said, “can I suggest you keep looking?”

On occasion, governments go a step further and provide analytic assistance to nongovernment entities. The National Geospatial-Intelligence Agency’s Tearline project, for example, collaborates with nonprofit groups and provides imagery from commercial satellites to support open-source intelligence analysis on a variety of strategic, economic, and humanitarian topics that it believes are underreported in public venues.

Under some conditions, the revelation of covert government activities can prove strategically desirable even for the state whose secrets are being exposed. Some analysts have speculated that Beijing wanted its ballistic missile silo sites to be detected, given how little care it took to conceal them from satellite overflight. The construction of new installations might be part of what the nuclear weapons expert James Acton has described as an elaborate “shell game” to obscure the true size of its arsenal and complicate efforts to target Chinese missiles.

ALL EYES ON ME

Nongovernment use of satellite imagery to disclose sensitive information is not entirely new. The U.S. Landsat satellite program has offered imagery to nongovernment users since the 1970s. France began publicly selling images from its SPOT satellite in the 1980s, and high-resolution imagery from commercially operated satellites has been on the market since the 1990s. But even though these programs made imagery available to the public, their coverage was often infrequent and their imagery was typically expensive. Moreover, governments regularly exercised “shutter control,” prohibiting the collection of commercial imagery over certain areas or buying all of it, making those areas inaccessible to nongovernment customers.

What is different today is the size and scope of the commercial satellite sector and the ease of information dissemination. Advances in satellite technology and the growing availability of commercial space launch platforms have made it easier and cheaper for private firms to operate their own satellites. At the same time, more powerful computers and improved Internet connectivity mean that more and more people and organizations outside government can access and analyze imagery gathered by the growing constellation of private satellites.

As the number of private satellites grows, so, too, will the amount of information available to nongovernment users. Government control over intelligence will diminish. And as new technologies continue to shrink the “backstage” where governments can hide activities from public view, policymakers will be forced to become more effective stage managers. Sometimes, they will be compelled to change government policies because of detection—or fear of it. Other times, they will need to find ways to exploit this new reality and reap the strategic benefits of nongovernment disclosures. Regardless of what they do, however, governments will find it increasingly hard to hide their activities from the growing number of private eyes in the sky. 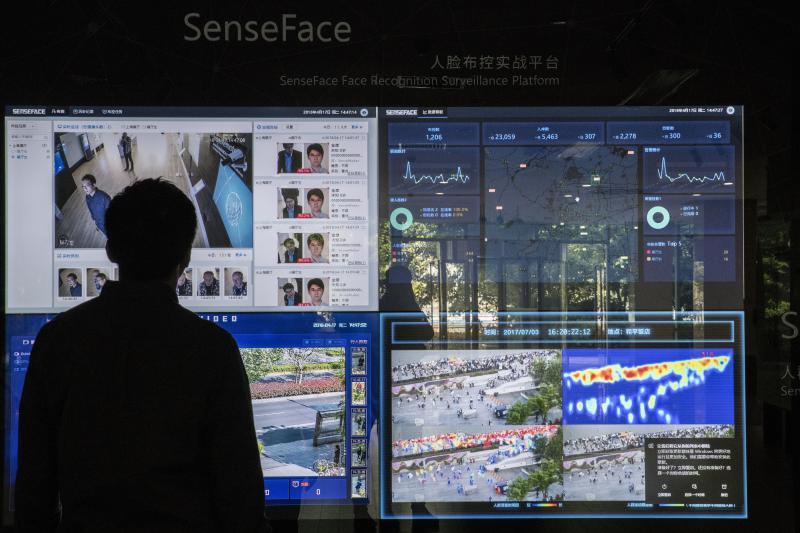 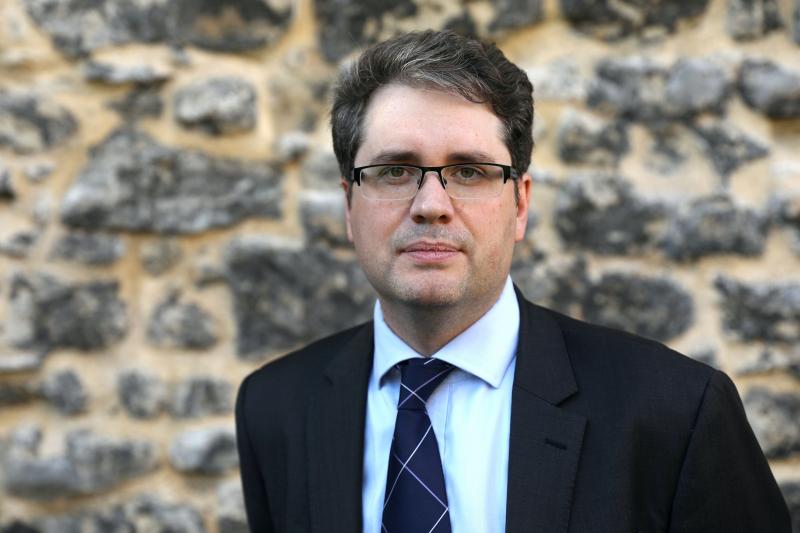 The Promise and Peril of Crowdsourced Intelligence