U.S. President Joe Biden took office vowing to put global democratic renewal at the center of his foreign policy. In December, after months of hectic planning, his administration made good on one prominent part of that agenda: it convened a Summit for Democracy with partners from around the world. The event, held virtually, brought together nearly 100 leaders to discuss how to counter authoritarianism, combat corruption, and defend human rights.

The present moment calls for urgency. Challenges to democracy, including illiberal drift in countries such as Brazil and India and coups in Myanmar and Sudan, continue to multiply worldwide. Against this backdrop, Washington must define its pro-democracy priorities in a realistic yet ambitious way. That means, among other goals, acknowledging that the United States has a long history of loudly advocating for democracy in principle yet compromising on democracy in practice. That habit will not serve Washington well in the years ahead. Democracy’s fate, after all, lies in the balance in very specific places around the world. Biden’s ability to handle these distinct and localized challenges will inevitably determine whether his administration succeeds in its attempt to bolster global democracy.

To build on the energy generated by the summit, the United States must move quickly from the event’s lofty rhetoric to concrete on-the-ground action. That should include developing a framework for identifying places where democracy is particularly under threat and reasserting democratic renewal as a central priority in Washington’s country-specific policies. After a year of high-level discussion, Biden needs a democracy agenda for his second year in office that is deep in the trenches—not floating in the clouds.

THE VIEW FROM THE SUMMIT

The Summit for Democracy capped the first year of Biden’s efforts to reestablish the United States as a leading supporter of global democracy. The two-day virtual event featured remarks from Biden himself, prerecorded speeches by participating heads of delegations, panel discussions, and numerous side events featuring civil society organizations and official representatives.

Assessments of the summit’s value ranged widely. Critics pointed to the inclusion of countries with dubious democratic credentials, questions about Washington’s role as the host of such a forum given the woeful state of U.S. democracy, and the dangers of reinforcing divisions in international geopolitics—arraying U.S.-aligned democracies against authoritarian China and Russia, for example. Enthusiasts, by contrast, described the gathering as proof that Biden was jump-starting reform efforts and making up for the neglect his predecessor, Donald Trump, showed to global democracy.

Biden needs a democracy agenda that is deep in the trenches—not floating in the clouds.

Although the summit’s full impact remains unclear, the gathering did serve at least two purposes. First, it was an important signaling event—a public affirmation that democracy is central to U.S. foreign policy and that Biden intends to work with other states to strengthen democracy around the world. The fact that the Chinese and Russian ambassadors to the United States felt compelled to co-author an essay in The National Interest rebutting the summit and highlighting their own democratic bona fides inadvertently reinforced Washington’s message that democracy is the superior political system.

Second, the summit sped up bureaucratic policy development. Determined to present a set of deliverables, the Biden team made tangible progress in the lead-up to the event by developing a collection of new initiatives focused on democracy and human rights. These include assistance for independent media around the world, tools for making sure elections are free and fair, and efforts to advance technology to safeguard democratic processes. The administration’s packaging of these initiatives into the “Presidential Initiative for Democratic Renewal” was a somewhat shiny gloss on a relatively modest mix of old and new programs. It also avoided some important but thorny issues, such as security assistance. Nevertheless, the summit did generate several worthy initiatives—notably on domestic and international anticorruption efforts.

Whether the summit will serve a third purpose—pressing democratic backsliders to make meaningful pro-democratic reforms—remains uncertain. Participating governments are supposed to announce new commitments by late January, specifying steps they will take to repair and strengthen democracy at home and beyond. The hope is that during the “Year of Action” between the summit and its next iteration—an in-person event notionally slated for late 2022—governments in the participating states will implement these pledges, with civil society actors pressing for accountability. Many countries’ commitments, however, are quite vague. For example, Félix Tshisekedi, president of the Democratic Republic of the Congo, declared rather broadly that his government would “pursue the reform of anticorruption laws.” For now, the structures for monitoring the pledges that countries made at the summit remain unclear.

As the new year begins, the Biden administration will need to invest some attention in ensuring that the momentum generated by the summit is not lost. But after a year of issuing signals, articulating principles, reconnecting with partners, and unveiling high-level initiatives, it is time for the United States to refocus on a series of particular democratic flash points. Several critical tests have emerged in states around the world, and Washington must refine an effective playbook for each—one that prioritizes democracy concerns within country-specific policy deliberations.

The United States should first zero in on several pivotal upcoming elections. The outcomes of contests in backsliding countries such as Brazil, Hungary, the Philippines, and Turkey will likely have a decisive impact on these states’ democratic prospects. Other elections, such as those in Colombia, Kenya, and Nigeria, will also be important because of the outsize influence these countries exert in their regions. The United States, together with other concerned partners, should engage energetically in the lead-up to these contests with the goal not of influencing the electoral outcomes but of underscoring that the international community is closely watching the conduct of the elections. Washington and other foreign capitals must demonstrate that they care deeply about whether opposition candidates are allowed to compete, whether basic political and civil rights are protected throughout the campaign period, whether the election administration is credible, and whether the results are respected.

The United States will also need to hone its response to coups. In recent years, the appealing idea that coups were a thing of the past gained currency in academic and policy circles. But events in 2021 put this notion to rest. Military takeovers in Chad, Guinea, Mali, Myanmar, and Sudan— and a presidential “self-coup” in Tunisia—dealt serious blows to democratic prospects in these countries. Washington has scrambled to address these crises with varying degrees of alacrity and effectiveness. Still, the Biden administration needs to sharpen its response in the immediate aftermath of a coup and strengthen its policies to head off such events before they take place. Recent events in Sudan, for instance, suggest the need to align high-level U.S. expressions of democratic commitment with its country-specific policy calculations. The United States should also consider how to maintain focus and leverage over an extended period to ensure that post-coup political transitions to civilian authority (when promised) actually occur. Washington should never overestimate its ability to shape outcomes, but it should also not underestimate its ability to influence matters on the ground or its power of example in standing in solidarity with democratic actors.

Biden's second year is the moment to concentrate on bolstering democracy in practice.

The administration should also develop a strategy for supporting promising democratic openings and helping see them through. Although global democracy is troubled, political opportunities continue to emerge, often via reformist presidential candidates or parties defeating a problematic incumbent. Washington would do well to help consolidate these openings, even in countries where U.S. national interests are relatively modest. Such efforts would blunt the global narrative of democratic failure and signal to democratic political forces elsewhere that international partners are ready to support positive change. Zambia is one such case, where elections in August 2021 ousted a president known for systematic human rights abuses and brought to power a new leader with genuine reform-minded goals. Honduras may be another case, if the incoming president, Xiomara Castro, sticks to her pro-democratic promises.

The administration has already taken some positive steps in this direction. At the summit, Biden announced a promising new flexible aid initiative called “Partnerships for Democracy”—a program designed to help reform-minded governments deliver tangible services to their citizens. Still, this and other existing assistance tools are vital but insufficient. To coax along sustained democratic progress in specific countries, Washington will need to pair such tools with renewed diplomatic and security-related engagement.

Events in 2021 also highlighted a long-standing U.S. policy dilemma: how to advance democracy and human rights in problematic countries where the United States has important security equities, including autocracies such as Egypt and Saudi Arabia and backsliding democracies such as India and Nigeria. Finding the right balance can twist policymaking into a pretzel, as happened during the debate last summer over whether to withhold some U.S. security assistance to Egypt. Nevertheless, Washington can and should do more to avoid the chronic habit of reflexively downplaying democracy and human rights issues in favor of security interests. The fact that counterterrorism is no longer the dominant concern of U.S. foreign policy offers the perfect chance to rethink this balance—especially when it comes to counterterrorism partners with spotty records.

Finally, the Biden team should focus on limiting pandemic-related curbs on democratic space. Over the past two years, dozens of countries have used COVID-19 as an excuse to impose draconian restrictions that were clearly out of proportion to public health needs—including criminalizing criticism of government actions. These measures pushed the global democratic recession into overdrive. A priority for the year ahead should be pressing countries that used the pandemic as a pretext to impose excessive political and civic limitations to review and then walk back such actions. Pressure from the United States and other concerned democracies can help facilitate transparent policy reviews and convince governments that certain restrictions cross the line.

During his first year in office, Biden made clear that he prizes global democracy in principle. His second year is the moment for his administration to concentrate on bolstering democracy in practice. Too often, U.S. efforts to support democracy amount to a sprawling and somewhat amorphous endeavor—suffused with aspiration but lacking a clear focus. Developing a year-two agenda that centers the administration’s democracy-related policies on the countries of greatest concern will help the administration avoid this pitfall. Washington has highlighted many worthwhile thematic areas of focus over the past year, including countering Chinese and Russian antidemocratic influence, standing up for civil society, pursuing anticorruption efforts, and bolstering electoral integrity. Formulating country-specific agendas would place these grand ambitions on a surer footing.

Developing such a strategy, however, represents a significant challenge. It is hard enough to elevate democracy renewal as a standalone priority and harder still to integrate such concerns into country-specific policymaking processes. The latter option entails finding a place for democracy among a broad mix of security, diplomatic, and economic concerns—and making difficult policy tradeoffs. For all the high-level focus on the global democratic recession, however, the assault on democracy is, at its root, very local. Turning the high-level impetus of the Summit for Democracy into concrete local action is the best way to make good on Biden’s mission to stem the global antidemocratic tide. 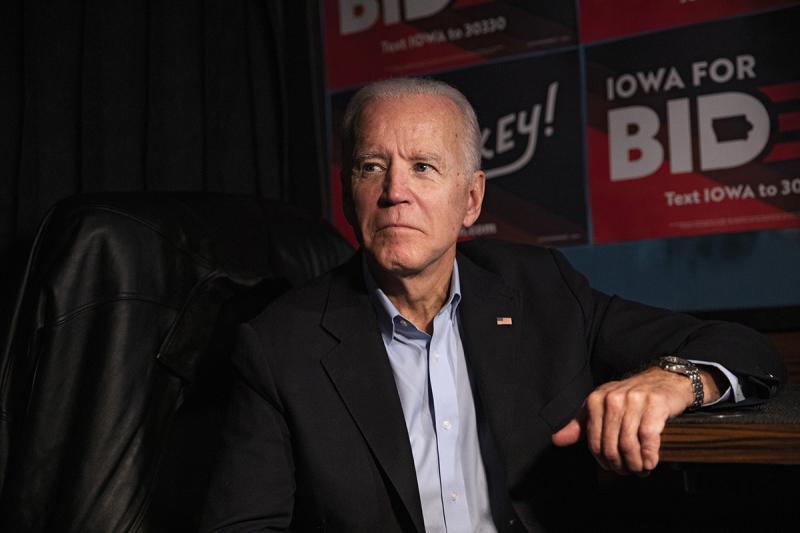 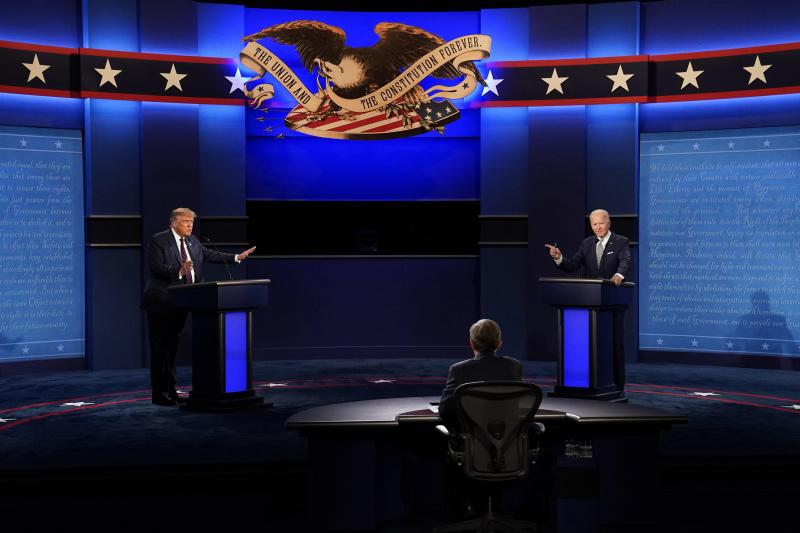