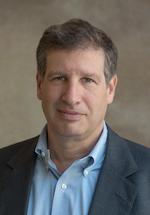 Gideon Rose is the editor of Foreign Affairs and the Peter G. Peterson chair. He served as managing editor of the magazine from 2000 to 2010, and previously was the Olin senior fellow and deputy director of national security studies at the Council on Foreign Relations. Mr. Rose holds degrees from Yale and Harvard and has taught at Columbia and Princeton. He has edited both The National Interest and The Public Interest, worked at the National Security Council, and is the author of How Wars End: Why We Always Fight the Last Battle.

Daniel Kurtz-Phelan became Executive Editor of Foreign Affairs in October 2017. He previously served as a member of the Secretary of State’s Policy Planning Staff and, before that, as a senior editor at the magazine. His writing has appeared in publications including The New York Times, The Washington Post, and The New Yorker, and his narrative history of George Marshall’s post­–World War II mission to China, The China Mission, was published by WW Norton in April 2018

Stephanie Solomon joined Foreign Affairs in April 2018. Most recently, she worked for Upside, a startup business travel website from the founder of Priceline.com and consulted for Columbia University’s marketing department. Prior to that, Stephanie spent 17 years at Time Inc. in a variety of senior roles across consumer marketing, finance, and strategy. She has a bachelor’s degree in psychology from Cornell University and an MBA from Columbia Business School.

Foreign Affairs is published by the Council on Foreign Relations (CFR). It is an independent, nonpartisan membership organization, think tank, and publisher dedicated to being a resource for its members, government officials, business executives, journalists, educators and students, civic and religious leaders, and other interested citizens in order to help them better understand the world and the foreign policy choices facing the United States and other countries.

Founded in 1921, CFR takes no institutional positions on matters of policy. Its goal is to start a conversation in this country about the need for Americans to better understand the world.